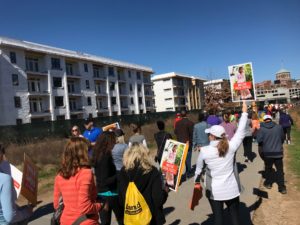 Affordable housing along the Atlanta BeltLine is a central concept that’s been largely overlooked in the debate over the $2.5 billion transit-funding plan produced by BeltLine Rail Now.

Without immediate investment in transit, the Atlanta BeltLine is destined to remain ‘a beautiful greenway flanked by gentrified neighborhoods, limited to people who can afford them,’ according to a new report by BeltLine Rail Now. Credit: Kelly Jordan

Yet affordable housing is right there in the first paragraph of the Note to Reader that begins the white paper released last week by BeltLine Rail Now, Atlanta Beltline Rail: A Blueprint for Transit Funding.

This sentence seems to be hidden in plain sight:

The second paragraph contains these words:

BeltLine Rail Now intends to make the fast-tracking of BeltLine transit an issue in this year’s city elections, just as advocates of affordable housing made their concern an issue in the 2017 city elections. The goal is to complete all aspects of the transit system by 2035.

The Note to Readers observes: 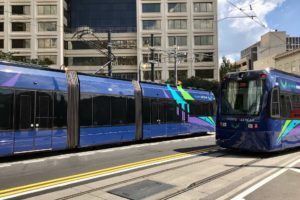 The Atlanta Streetcar system is to be expanded to reach the Atlanta BeltLine, at Ponce City Market, by 2027, according to a report by BeltLine Rail Now. Credit: Kelloy Jordan

The paper appears to offer a what and a why in its 48 pages.

The debate so far has been about the what of the plan: A proposal for raising $2.5 billion to fast-track construction of the transit system that was to be at the heart of the project Ryan Gravel offered as a transit system in his 1999 Georgia Tech thesis, Belt Line Atlanta: Design of Infrastructure as a Reflection of Public Policy.

The what of the plan is contained in four case studies that illustrate successful efforts in other cities to pay for transit projects. The document is a heavy lift. The case studies are preceded by three pages of definitions of funding mechanisms that the report contends could be used to fast-track transit construction along the BeltLine. Federal funding is to provide a significant sum.

MARTA has provided a forceful response to the funding suggestions outlined in the paper. MARTA is tasked with building the BeltLine transit system that has been identified along the BeltLine, as well as operating the Atlanta Streetcar and other expansion projedts.

MARTA’s characterization of the proposal as “less a blueprint for funding and more a wish list” has generated some pushback from BeltLine Rail Now. 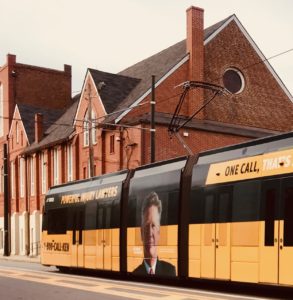 A transit system could be operational by 2035 on the entire 22-mile length of the Atlanta BeltLine, according to a report by BeltLine Rail Now. Credit: Kelly Jordan

The why of the plan has yet to generate much discussion. The why involves transit as a component of dense residential developments, and as a way of reducing the reliance on costly car-ownership. The paper observes:

The post Affordable housing along Atlanta BeltLine overlooked in debate of plan by BeltLine Rail Now appeared first on SaportaReport.