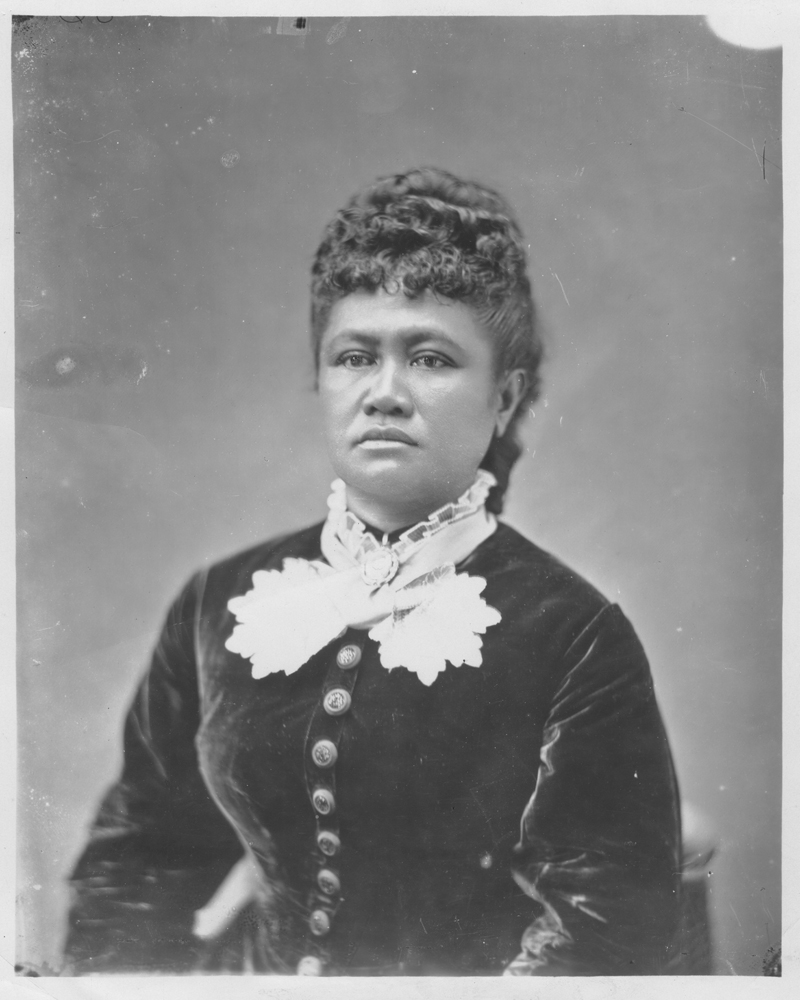 Virginia Kapoʻoloku Poʻomaikelani was born on 7 April 1839 as the daughter of Princess Kinoiki Kekaulike of Kauaʻi and High Chief Kūhiō Kalanianaʻole of Hilo. Through her mother’s line, she was a granddaughter of Kaumualiʻi who ruled the island of Kaua’i before it was unified with the other Hawaiian islands under King Kamehameha I.

Poomaikelani was the younger sister of Queen Kapiolani – who was married to King Kalākaua – and the elder sister of Victoria Kinoiki Kekaulike.

She was still only 15 years old when she married Hiram Kahanawai, who served as chief steward and butler in the royal household under King Kamehameha IV and Queen Emma from 1855 to 1863. Poomaikelani also served in Queen Emma’s household as a lady-in-waiting. Poomaikelani and Hiram did not have any biological children, but they did adopt Edward Abnel Keliʻiahonui, the second son of Poomaikelani’s sister Kekaulike.

When Poomaikelani’s brother-in-law was elected as King in 1874, they both left Emma’s service to join the new royal court. Her husband died shortly after of a heart attack – he was still only 36 years old. The new King granted Poomaikelani the title of Princess with the style of Her Royal Highness during his coronation in 1883. She acted as kahili (staff of state) bearer during the coronation. She was also made Governor of Hawai’i island in 1884 for which she received a salary. In addition, she was the Guardian of the Royal Tombs of the Royal Mausoleum from 1888 until her death.

During the last ten years of her life, she suffered from increasingly bad health. She suffered paralysis in her right leg and had to be carried around. She was unable to leave the house for her final years. She lived through the overthrow of the monarchy and died at Oahu on 2 October 1895 of heart failure. Her funeral service took place at St. Andrew’s Cathedral, where she had also regularly attended services, and she was interred in the Royal Mausoleum of Hawaii. She was still only 56 years old, but she had outlived both her husband and her adopted son.

A newspaper article after her death described her with the words, “She was a pious woman and was well-liked by all who knew her. Deceased was unassuming, being generally seen in her own carriage with a single horse driving out to Waikiki.”1