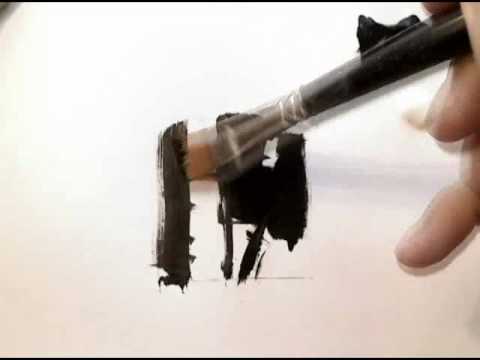 In this post, I’ll be discussing why you should give a damn about Notan, how it grows out of line-composition, exercises from the book you might like to try, and how we can learn from the Masters by “notanizing” their compositions. In the next post, I’ll be sharing some examples of Notan-making “in the wild”, how you can arrive at different notans for the same subject, and how using notan well really requires that you engage and make decisions that reflect your personal perspective. Notan-making is not a robotic affair, whatever certain apps seem to suggest.

Notan literally means “dark-light” in Japanese. I’m sure it has many other nuances I don’t understand, but we’re going to roll with that very basic definition for now. The intent is that all shapes are reduced to black and white, but even more important is the underlying presumption that there’s a balance of shapes. So although you may use Line to divide space, Notan is about mass. And it’s not a value sketch either, as there’s no grey. Again, all shapes must be reduced to their most basic value-relationships— Is it light or is it dark? Is it white or is it black?

Here’s a little video where a fellow goes in to it. I found it succinct and to the point. Please forget (or don’t, if that’s your preference) the advertising element of the video—

Of all the concepts that Dow posits in his book, Notan is the one that, in my opinion, is the best developed and most useful. When done right, it can be very revealing— you’ll often see why an image works, or (alternately) what is failing it, because contrast-relationships and composition become very clear. In many ways, it’s the fruition of a great deal of thinking from earlier portions of the book—whatever one has learned about the Principles of Composition, or Appreciation, or how Line-division can create compelling proportions, or the importance of the shape of the picture plane are all still relevant. In fact, they’re essential if you want to get the most out of Notan.

Notan and the Beauty of a Two-Dimensional Space— Exploring Notan echoes and amplifies the concept that “painting is the art of two dimensions.” Dow calls Notan “tone-composition”, as well as “darks and lights in harmonic relations” and “the beauty of opposing and intermingling masses of black and white.” It’s about seeing painting as a space-art, not just a clever representation (or re-presentation) of three dimensional space based on jedi mind tricks. It uses shadow and light as a starting point, but honestly has very little to do with shadows or perspective or story.

The concept is that, totally separate from (the also important) representational elements of an image, “lines, tones, and colors may be simply beautiful in themselves” because “synthetically related masses of dark and light convey an impression of beauty entirely independent of meaning”. “Synthetically related” is the operative phrase here, meaning dynamically balanced by the human mind, meaning not necessarily a copy of nature (although perhaps inspired by it!). Black and white ink blots and geometric patterns (which are basically notans) can of course be beautiful in and of themselves, and the notan of a painting is no different. None of these examples rely on representation or story to be compelling. Rather, their beauty depends almost entirely on the “synthetic” arrangement of shapes.

How can we find something beautiful “entirely independent of meaning”? Phew! That’s a big question! I don’t know, but I’ll give it a go— Because the experience of patterns found and burnished makes us feel like we can communicate with and echo the natural world? In a beautiful painting there is a feeling that an artist is arranging patterns to generate a kind of active tension, a precarious balance of shapes, the arrangement of which synthetically creates a sense of “found” organic disorder. Honestly, it’s a kind of magic, because, of course, it is not totally random and disordered, but instead is made. When we see beauty in nature, it often feels like a wonderful accident—what is truly actually “found” feels as if it were properly, dynamically balanced. In many ways, we judge each experience by the other. As I’ve said before, "If beauty in nature is discovering patterns conjured by chance, then beauty in art is discovering chance conjured from patterns."

And how do we assess when an arrangement of shapes is beautiful? Appreciation. Ha! How do we develop our Appreciation? Yep, by developing our ability to judge, by “choosing and criticizing” one’s own work, and by reverse engineering the work of masters. The learning process is the same as with Line, only now we are taking the divisions of space, the proportions created with Line and we are adding mass to the equation.

At one point, Dow says “a line scheme underlies every notan composition, and a notan scheme underlies every color composition.” This is really true! Just as multiple line-compositions can be developed from one subject (depending on how we select and frame the subject inside the picture plane), so too can we build multiple Notans from a single line-composition. Lines creates proportion, but the arrangements of mass within those divisions can vary dramatically. That’s really what Notan is— Line Proportion + Mass.

So the work studying and exploring Line and Proportion is of real use as we study Value and Mass. If you can’t divide space elegantly with Line, you’ll have a hard time doing it with Mass. Proportion is proportion. Spacing is spacing. Appreciation is still Appreciation.

Dow explores the idea of the “notanization” of line-compositions in the book, and provides some interesting examples (which I’ll touch on below). He very much likes the idea of starting with abstracts, where we can practice building interesting notans without being bound by representational concerns. It’s all just pure space composition and abstract divisions of space. In this example, the idea is to explore the various ways you can fill the spaces created with line. What gives dominance to the dark or light? How does focusing contrast in one version change the composition, versus another? Even within the examples he himself gives, one can see how different versions don’t just “fill it in” in different ways, but truly change where you focus and what becomes important. The notan is critical. Part of what’s so interesting about Dow’s approach to Notan is how he applies the concept to a host of different artistic fields. Anything that involves 2-tone patterns are of interest to him- textiles, sculpture, pottery, etc. Just like exercise #1, except now we begin to deal with more and more representational shapes. For some folks, this is easier, because abstraction isn’t their forte, but remember—the goal is not just accurate representation. That is the trap, and why this exercise comes last!! The hardest thing of all, in my opinion, is to take an existing, real object or photo and think about it only as two-dimensional tone-shapes, and yet also to still have it look like a boat or a house or a hill or whatever, right? Yikes!!

In the end, we may want the painting to tell a story, and for that we may need representation… but we shouldn’t let “accurate representation” alone dictate our painting process. The true underlying goal of using Notan is to open our mind, so our eyes can actually see the shapes we are using. Dow calls beauty “visual music”, an experience that occurs when the integration of shapes leads to “every part of a work of art (having) something to say.” The goal is to interpret subjects instead of imitating them. The beauty comes from injecting ourselves into the process, so that we are obliged “to select and reject, to keep only the essentials” so that “all the lines and areas (are) related one to another by connections and placings, so as to form a beautiful whole.” A tall order! The good news is that many wonderful artists have come before us, and studying their work critically can help us teach ourselves.

Superb works are good to learn from not because they are technically masterful (although they most likely are), but because they physically represent the result of all the thinking that has been done beforehand. Through the pathway of the painting we can gain access to another artist’s hard-won experience. This is where using Notan can help us learn, because it can allow us (atleast in part) to reverse engineer the work of painters we love. If I really wanted to assess what Sargent or Turner or Hopper or Rembrandt (or any contemporary artists I might love) understood about composition, I wouldn’t necessarily copy their paintings (although, yes, of course, that’s a good way to learn, too). What I’d really do is create notans of their works, to better understand the bones of the compositions. Lets take a quick look at a couple of examples that Dow provides, and see what we can learn about the process.

This first one is Corot’s “The Boat Leaving From the Shore.” Note how the mid-values in the foreground get put into the “whites” just like the very pale sky, even though the foreground is about the same value as the top of the trees. a black and white version Mid-values can be hard to assess when you make a notan, because you personally have to decide if you want to assign them to black or white. What’s most important to recognize is that Notans, as I understand and apply them, are here to help us identify and develop compelling contrast-patterns, not just so we paint with “lights and darks”. We’ll unpack this more in the next post, but the important part is to understand that the foreground in this image is a highlight in its own localized area of the painting, and so we make it white in the notan. Whether it’s a value is a 5 or an 7 on a scale of 10 doesn’t matter as much as what it’s placed next to. Notan is not about absolute value, but rather comparative value and contrast.

This next one is Millet’s “Sheep Shearers”. Once again, note how the dark background area behind the shadowed figure is made to be white, even though it is easily darker than many parts of the barrel in the original, which is made to be black in the notan. Note too how the distant horizon is made to be more interesting through the creation of contrast. Those little mid-value shapes (aka far away trees) also become black in the notan. The goal is to pay attention to localized contrast. In the next post, we’ll step farther into "copying the masters”, as well as look into making notans from scratch. It definitely can do is show us problems with a potential composition— something we’re not getting with these copies. There are definitely things to pay attention to, to make it the most useful tool it can be.