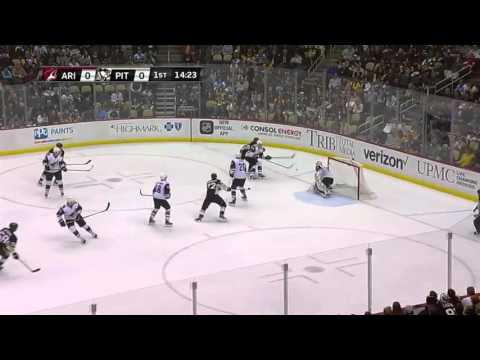 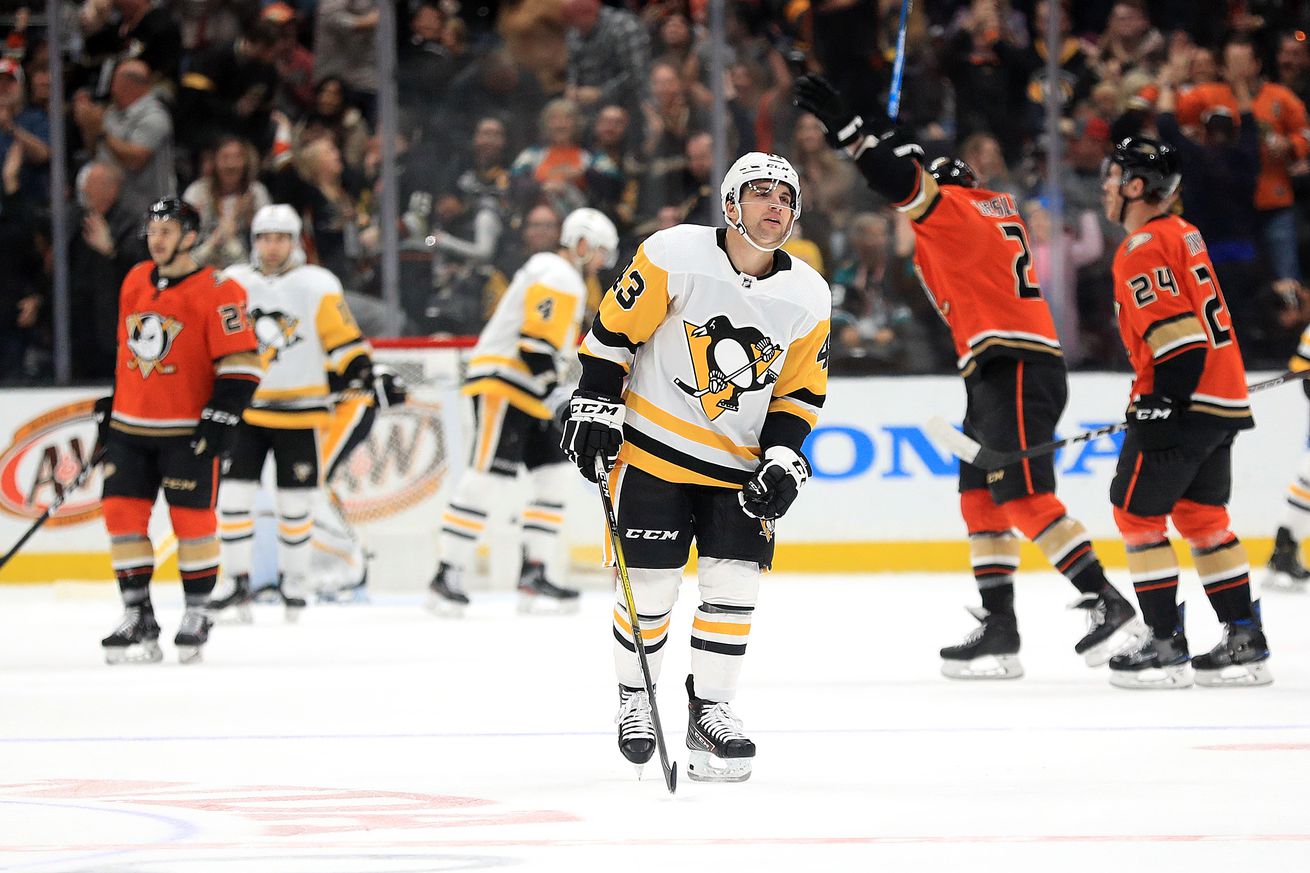 Weekends Pens Points is back again! We take a look back at Black History Month, check in on Ben Lovejoy and reminisce Sidney Crosby’s Golden Goal from 10 years ago!

It’s the freakin’ weekend and now you can get your day started the proper way with some Pens Points:

The Penguins dropped their fifth in a row in Anaheim last night in another one goal game that the Penguins played just good enough to lose once again. The timing of this five game streak is very unfortunate, but it’s not due to getting outworked or outplayed in most of the games. However, only eight goals in those five games paints a much uglier picture. [Recap]

Yesterday marked ten years since Sidney Crosby - at 22 years old and fresh off his first Stanley Cup - scored The Golden Goal for Team Canada in the 2010 Olympic games. He still remembers it as if it was yesterday and so do his current teammates. [NHL.com]

Gretz tells it as he sees it and breaks down what’s actually trending up and what’s trending down during this turbulent stretch of the season for the Penguins in his latest stock report. [Pensburgh]

You may have noticed former Penguins defenseman Ben Lovejoy on the NBC team during intermissions lately. He discusses his interest in television and also how much he enjoyed the NHL trade deadline this year for once. [Trib Live]

You may not remember what you did last Leap Day, but Patric Hornqvist sure does. He scored his first career hat trick against the Arizona Coyotes on the last February 29th four years ago. Marc-Andre Fleury also recorded his penultimate shutout with Pittsburgh in the Pens 6-0 victory.

The NHL celebrated black history month with a 525 square foot mobile museum that journeyed across North America for the last two months. It made its way to Los Angeles this week. [Jewels From The Crown]

Blake Bolden paved the way when she became the first black player in the CWHL and the NWHL, but she didn’t stop there and is now a professional scout for the Los Angeles Kings. She’s been a major ambassador for hockey throughout her life but never crossed paths with Lord Stanley’s Cup. With the help of fellow hockey lover, and Emmy Award winning comedian and actor, Tiffany Haddish, Bolden got her chance to hold the Cup in her own hands when she was honored for her contributions in LA. [NHL.com]

Hockey may have reached the end of its run in Brooklyn with the news that the Islanders will play all home games at The Coliseum next year before their new home is completed in 2021. March 22nd will likely be the final game at the Barlcays Center. [NBC Sports]

How the trade deadline altered the landscape of the playoffs this spring. A very in-depth piece from ESPN that touches on many different angles. [ESPN]

Chris Kreider just signed a new 7 year, $45 million deal on Monday and rewarded management by... blocking a shot and fracturing his foot against the Flyers last night. The Rangers are still the wildcard for the wildcard but their chances took a major blow with the loss of Kreider. [Yahoo! Sports]

Edmonton’s new trade deadline acquisition suffered a similar fate when the Oilers announced that Mike Green will be out 3-4 weeks with a sprained MCL. The Oilers are currently tied for second in the Pacific, but only one point ahead of Calgary in fourth place. [TSN]

Bill Guerin joined Matt Larkin on his podcast to discuss the Minnesota Wild’s moves at the deadline and what Guerin’s vision is for the team after nearly completing his first season as GM in the NHL. [THN]

Nine players in the NHL have been born on Leap Day; none for the Penguins. Cam Ward and Simon Gagne are the most recent and Henri Richard is the most recognizable, as he is the brother of Maurice Richard and won 11 Stanley Cups (not a typo) with Montreal and was inducted in the Hall of Fame in 1979. Gagne turns 40 and Ward turns 36, but it’s technically their 10th and 9th birthdays. Richard turns 84, which would make this his 21st birthday. Somebody get that man a beer!

Bobby Ryan.
Hockey player.
Takes a leave in November to get treatment for alcoholism.
Has been sober 100 days.
His first game back with the @Senators was tonight.
He scores a hat trick (3 goals).
This is him on the bench after his 3rd goal.
Just wow.pic.twitter.com/aDjpZypVBC