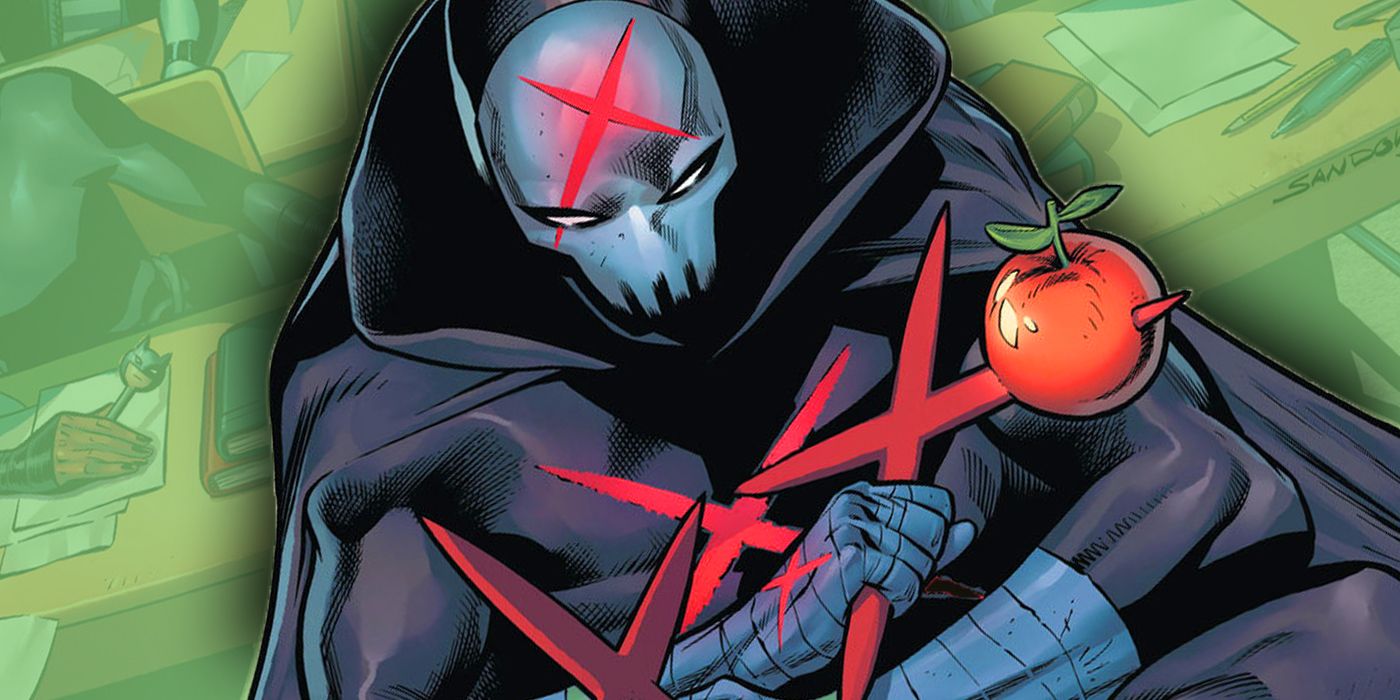 As the doors open on Teen Titans Academy, the classic New Teen Titans now serve as mentors for the next generation of young superheroes in the DC Universe. With both new heroes and younger figures taking up older legacy titles, both the students and their veteran instructors are beginning to develop interesting interpersonal dynamics and bring along their various emotional baggage and deep, dark secrets to the superhero school.

And building on clues and groundwork laid during Future State, the mysterious Red X has already resurfaced to haunt one hero in particular: Nightwing.

RELATED: Teen Titans: How One Forgotten Villain Set Up Their DC Rebirth

As Nightwing trains his fresh class of students, including Billy Batson, shortly after their arrival on Titans Island where the facility is located, one of the students reminds Dick of his uncomfortable past as Red X as a training simulation featuring the persona is activated. While Dick dismissed his past as the violent antihero during the training exercise, another reminder cropped up during his birthday among his fellow Titans, with Dick receiving a gift from an anonymous individual that turned out to be the Red X mask. Dick laughs off the present while still uncertain who exactly sent it to him. But as he goes out on a quiet date night with Starfire, a figure is seen wearing the mask in private as they stare at themselves in a bathroom mirror.

In the animated depiction of Red X on Teen Titans, the persona was another alter ego for Dick that he assumed when carrying out more morally ambiguous covert operations. While the extent of how far Dick leaned into his own dark side in the comic book universe is currently unknown, the reminder clearly brought back painful memories for the original Boy Wonder, who added that another two people wore the Red X mask after him. But if the Future State: Teen Titans miniseries is any indicator, Dick and the mantle of Red X may be far from over, with Dick reclaiming his mantle after a cataclysmic tragedy struck Teen Titans Academy, resulting in the school's destruction and the death of countless heroes.

RELATED: Black Adam Has to Kill a Teen Titan to Save the Future of the DC Universe

Future State revealed that there was another Red X that took up the alter ego sometime before the explosive tragedy on Titans Island. Working together with Dick, this new masked figure stood with the surviving Titans against the Four Horsemen of Apokolips in a pitched battle for the fate of the DCU. Red X would ultimately fall before the battle was won, with their true identity remaining a mystery as they died heroically in the final fight.

Red X has always been a character that's been shrouded in mystery and one that strikes particularly close to home for the young superheroes and their bright-eyed, idealistic leader. Someone at the school is well aware of Dick Grayson's darkest alter ego and they aren't afraid to brazenly flaunt that knowledge before the rest of the assembled heroes. And while Dick doesn't appear to be taking this resurgence of his past persona too seriously for now, Nightwing and his friends could find themselves in the middle of a game of master manipulation as the first wave of students grow closer and stumble towards into Future State's teased tragedy.