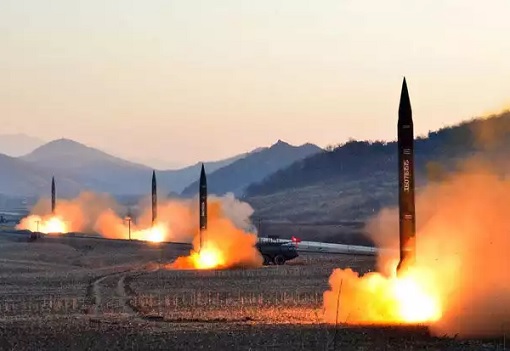 Since the historic June summit in Singapore with President Trump last year, badass Rocket Man Kim has repeated his mantra of “denuclearization”. But the North Korea leader never follows through his commitment. He had even made dozens of pledges to South Korea, which he did not plan to keep, let alone getting rid of nuclear weapons, his only trump card to survival.

Until last Christmas, President Trump was still anxious for the so-called “denuclearization”. National security adviser John Bolton said in early December that the U.S. president believes he should hold a second summit with the pariah Kim Jong-un because the North Korean leader hasn’t lived up to the commitments he made during their first meeting.

In truth, Pyongyang had never abandoned its ballistic missile program, even after the Kim-Trump summit in Singapore. Yet, Trump had described his relationship with North Korea as – “we are getting along very well” and that “we have a good relationship with Kim.” Now that the world’s most powerful man will meet Kim for the second time this week in Vietnam, the expectation has been lowered. 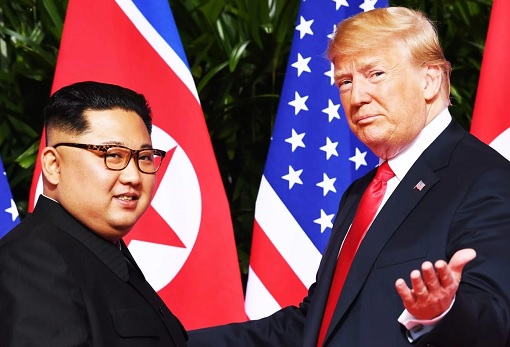 Washington no longer talks about “denuclearization”. Instead, U.S. President Donald Trump told governors at the White House on Sunday (Feb 24) he is happy so long as North Korea continues its pause in weapons testing. Trump is more realistic now, saying – “I’m not in a rush. I don’t want to rush anybody. I just don’t want testing. As long as there’s no testing, we’re happy.”

Previously, the Trump administration has pressed – even threatened – the North to give up its nuclear weapons program before it can expect any concessions. In recent days, however, the tough U.S. president has softened his stance, saying he would consider removing sanctions if there is “meaningful progress” on denuclearisation.

The two leaders will meet in Hanoi on Wednesday and Thursday. And it appears Kim Jong-un will have yet another all-paid happy holiday in Vietnam, after he went sightseeing in Singapore last June. Mr. Kim pledged in his first summit with Mr Trump in Singapore to work towards denuclearisation, but the definition of denuclearisation meant different things to both leaders. 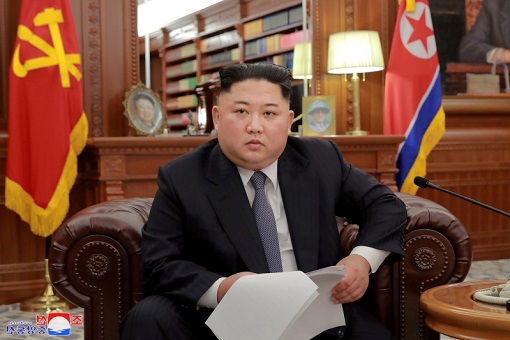 As the U.S. quickly demands for North Korea’s complete, verifiable and irreversible denuclearisation, the North Korean put a stop and condemned the American actions as unilateral and “gangster like”. As it turned out, what Kim has meant was the North would denuclearize only when the U.S. withdraws all its troops from South Korea and stops military drills with the ally.

Last December, North Korea’s state media parroted their leader’s message again – it would never abandon its nuclear program unilaterally unless Washington first removes its nuclear threat. Although there has been no nuclear testing since both leaders met in Singapore, the North Korea has continued its development of intercontinental ballistic missiles (ICBM).

In the same month of December, the hermit kingdom had conducted a missile-linked radio wave experiment, despite sanctions still in place. The launch test of its radio telemetry, which is transmitted from equipment in a missile’s components such as warhead, is another milestone for the North Koreas missile program. Washington had not condemned the testing though.

The fact that Trump administration has not threatened Kim, but arrange a second one-on-one summit in Vietnam, suggests that the U.S. may have accepted the reality and hence the North Korean leader can keep his toys, for now – as long as the chubby boy stops testing his nuclear weapons in a scale and manner that would be seen as threatening the U.S. national security.

For now, it’s hard to see how Kim could bring down Trump to his knees, forcing the U.S. to withdraw all its troops from South Korea. However, the U.S. president may withdraw some of them, although he said on Friday that drawing down American forces was not on the table for his talks with Kim. Trump had threatened to pull them from South Korea and Japan if those allies refused to pay more for their joint military activities though.

Trump would most likely try to sweet-talk Kim with the idea that by letting go of his nuclear weapons, North Korea could become one of the great economic powers, as the president’s tweet suggests. Secretary of State Mike Pompeo, however, hinted his boss may need another summit, suggesting the Vietnam Summit could be yet another failure, similar to the Singapore’s. 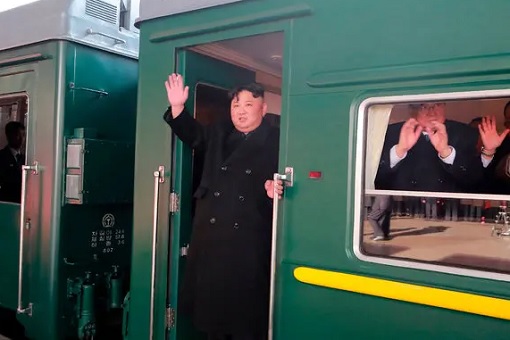 Travelling with his sister Kim Yo-jong and senior aides, including envoy Kim Yong-chol, Chairman Kim’s luxurious armoured train passed the port city of Tianjin on Sunday morning, before heading south towards Dong Dang, a Vietnamese town bordering Guangxi province. From there, the North Korean leader is expected to travel to Hanoi by road.