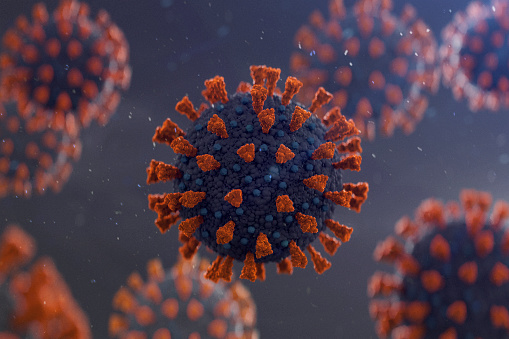 Another new, more contagious COVID-19 variant — one first identified in South Africa — is now in Florida, according to the U.S. Centers for Disease Control and Prevention.

As of Sunday, the agency reported one Florida case of the South Africa variant, which is more easily spread and could lead to more hospitalizations and potentially more fatalities. In total, 53 cases of that strain have been reported in the United States.

Florida continues to lead the nation with 599 cases of the United Kingdom strain that has been spreading across the nation and also is more transmissible than the coronavirus identified last year. The so-called B.1.1.7 COVID-19 variant has caused 2,400 U.S. infections as of Sunday.

Health officials are studying whether existing vaccines will protect against those emerging COVID variants.

The South Africa strain, known as B.1.351, is concerning because “clinical trials of vaccines are showing that they offer less protection” against it than other strains, The New York Times has reported.

Cases of a Brazil variant also increased in Florida, with five now reported.

“These variants seem to spread more easily and quickly than other variants, which may lead to more cases of COVID-19. An increase in the number of cases will put more strain on health care resources, lead to more hospitalizations, and potentially more deaths,” the CDC said.

The agency has stressed that the cases identified represent a sampling of specimens and do not represent the total number of variant cases that may be circulating in the United States.

The Republican governor has been focused on the state’s vaccine rollout plan, prioritizing doses for seniors aged 65 and up. And he expressed optimism Monday about the newly approved Johnson & Johnson vaccine, saying it will prevent “severe illness.”

He said Florida is awaiting 175,000 J&J doses from federal officials as early as this week and that that would allow vaccinations for police officers, firefighters, and public school personnel aged 50 and older soon.

Given that COVID mutations are more contagious, health experts have cautioned people to observe precautions such as double-masking, physical distancing, and quarantining.

Here is the CDC map showing other states with the various mutations.