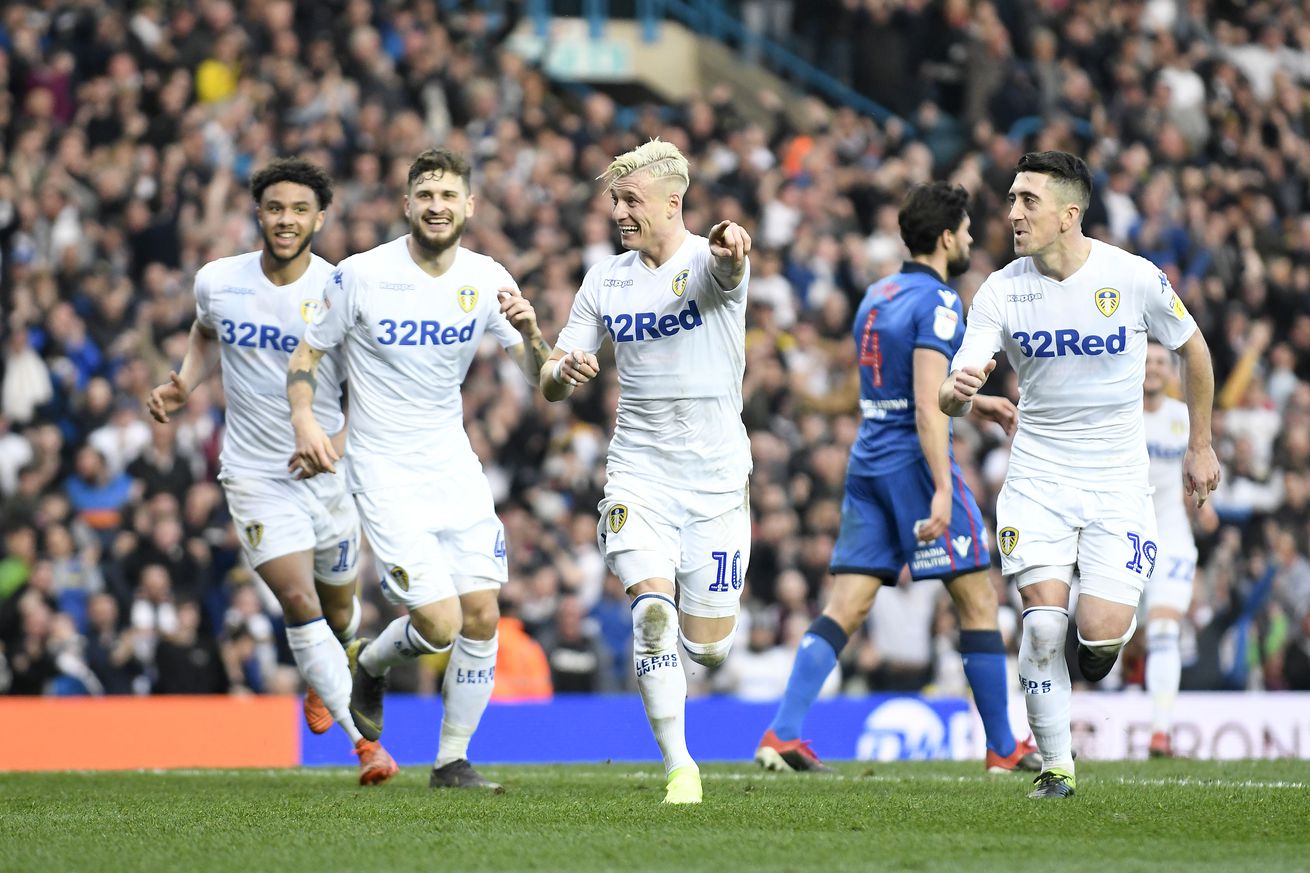 Once again, Leeds made hard work of it but claimed a deserved win.

Leeds United failed to produce a great performance in front of a nervy sold-out Elland Road, but still claimed a deserved 2-1 victory against an improved Bolton Wanderers.

FULL TIME: Gjanni Alioski’s goal decides the game and secures the three points for #LUFC in a dramatic game against Bolton pic.twitter.com/FqM5BNpPbn

A Patrick Bamford penalty (a Leeds penalty, amazing right?) was cancelled out by a Mark Beevers goal before Ezgjan Alioski scored what appeared to be a complete fluke to give Marcelo Bielsa’s side a victory that should have been far more comfortable.

For a full recap of the game, read Pete’s piece here.

Time now to look at each player and how they performed. As always you can tell me how wrong I am @mightywhitespod or @ThruItAllLUFC on twitter.

Kiko Casilla - Made a few easy saves but also made one excellent save to deny Josh Magennis in the first half. Solid in all areas. 7/10

Brilliant Save by Casilla early on #LUFC pic.twitter.com/oMzW11IokA

Luke Ayling - Couple of sloppy moments in the first few minutes but improved from there. Linked up well with his teammates and was solid aerially and in the tackle. Will have ended with a very good pass completion rate. Went close with a good left-foot effort early in the second half. 7/10

Pontus Jansson - Didn’t need to be at the level he was against Swansea City. Another good performance though and never looked in any danger. Dealt with both Magennis and Clayton Donaldson really well. An excellent header clear right at the death when the nerves were really kicking in. 7.5/10

96th minute corner, Jansson makes a point to every single player that this is our ball before it’s taken... dangerous ball comes in and he rises like a fucking champion to head that ball away like his life depended on it. That is Leeds. That is the leagues best CB. . #LUFC

Liam Cooper - As good in the air as Jansson without the same dominance on the ground. Much like Jansson he never looked in trouble. 7/10

Ezgjan Alioski - Defensively very good, particularly impressive in the air. Crossing was very frustrating and needs improvement. One of his poor crosses forced a good save from Remi Matthews, another in the second half lobbed the keeper to give Leeds the win. 7.5/10

Kalvin Phillips - Much like Jansson, not up to the standard we saw against Swansea. Bolton’s two up top left him in as a 3rd centre-back often and he sometimes didn’t look comfortable, often not getting close enough to his man when the ball was out wide. Tackled well but didn’t quite find his passing range. 6.5/10

If Forshaw had played like Phillips today, Leeds fans would of been calling for his throat slitting! Absolute garbage.#lufc

Mateusz Klich - Poor headed clearance in the build up to Bolton’s goal but there were other issues from about 4/5 players. Good ball recovery and pass to get the assist for Alioski’s goal (although to be fair it was a nothing pass), one of many good ball recoveries. Some good runs in behind but not as many as you see when he is at his best. Appears he stoked the fire of the handbags in front of the dugouts by spraying water on Joe Williams, await the EFL giving him a 10 game ban for violent conduct. 7/10

Mateusz Klich made 13 ball recoveries against Bolton, 5 more than any other player involved today. THIRTEEN.

His assist for Alioski too was brilliant. Pressing in the final third and stealing possession to tee up Gjanni. Superb performance. #LUFC pic.twitter.com/bgzi4vwkkf

Pablo Hernandez - Most of Leeds’ creativity came through him and looked a constant threat. Only gave the ball away when attempting to create something so you don’t mind that. Just claims the Man of the Match award for me. 8/10

Pablo Hernandez created a whopping 10 chances against Bolton, more than any single Leeds player in a single fixture this season. TEN.

Tyler Roberts - Looked busy but couldn’t quite get it right on the day. Good one-two with Harrison to get into the box and win the penalty for Leeds’ first goal. This was an opportunity to nail down a place in the side following Roofe’s injury but he hasn’t taken it, would like to see Brown given his chance on Tuesday night. 6.5/10

I do like Tyler Roberts, and part of the reason is cause he seems to like to take a shot but it's also the reason he frustrates me

To be fair he can't win with me there #lufc

Jack Harrison - Quiet afternoon. Good header off the line but wasn’t rewarded for it as Bolton scored immediately afterwards. Forced a good save from Matthews with a good header. Couldn’t get his delivery right when he got on the ball in decent areas. 6.5/10

Didn’t play great but luckily we didn’t need to!! Harrison my motm, thought he was awesome today #lufc

Patrick Bamford - Maintained possession well with his hold up play when he did get on the ball, but wasn’t always able to win it in the first place. Always looked the most likely scorer and hit the target with 4/5 shots throughout the game, with Matthews making some good saves. Took his penalty very calmly. 7/10

Bielsa was happy with Bamford's performance, despite chances going begging. Said it's worse for a striker if they're not getting into positions to score. Bamford took up plenty of good ones today. #lufc

Stuart Dallas (for Roberts, 81mins) - Provided energy but Leeds were focused on defending by this point so he didn’t get to show all that much of what he can do. Solid enough. 5.5/10

Dallas did well when he came on #lufc

Jamie Shackleton (for Ayling, 91mins) - Not on long enough to score. N/A