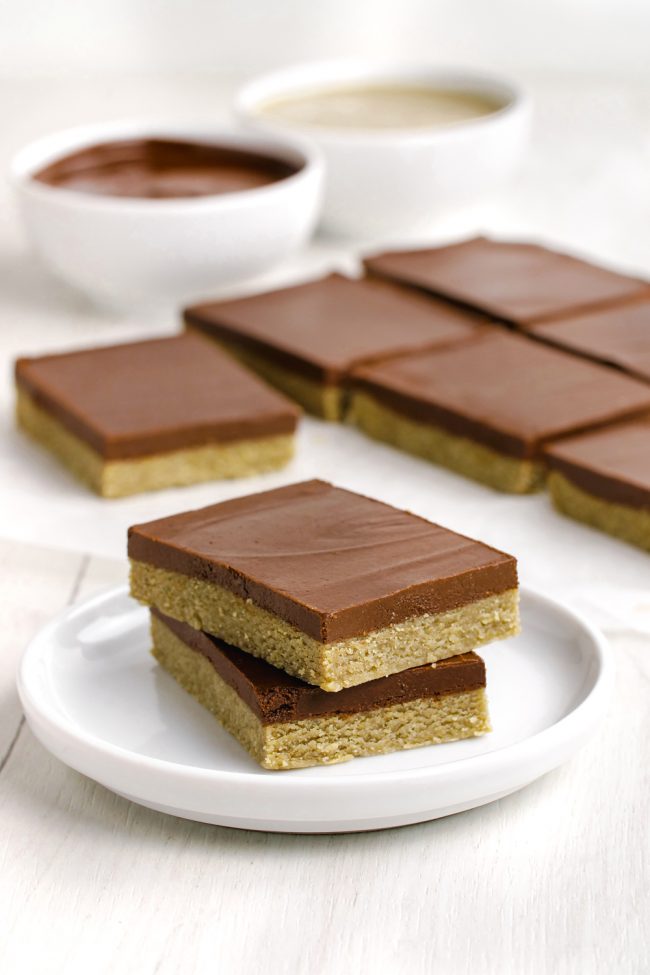 These paleo peanut butter bars only use 5 ingredients, are no-bake, super easy to put together and are also vegan.

Before you have any objections to these paleo peanut butter bars, I know full well that peanut butter isn’t paleo. These bars are actually made with sunflower seed butter instead of peanut butter, but they taste really close! If you don’t believe me, check out the reviews on my paleo peanut butter cookies recipe, where I have done the same thing successfully.

Sunflower seed butter of course doesn’t taste exactly like peanut butter but after a few bites of these bars, I forgot that they weren’t made with peanut butter. It could just be that I haven’t had peanuts in so long but these bars 100% satisfied my peanut butter cravings!

Especially if you use something particularly firm like cashew butter. At least my cashew butter is firm, not so easy to even spread and very far from pourable.

If you add too much coconut flour and the mixture is crumbly, then add vanilla or water, just a little at a time, until the mixture holds together better. The video shows you what consistency it should be.

These vegan peanut butter bars are nice and thick so the 8″x8″ pan will give you plenty to snack on. And they freeze great! If you’re worried about portion control, you can hide them deep down in the freezer, a method that I utilize quite often. ;)

When I was young, I often made peanut butter bars with melted chocolate mixed with a little butter on top. This topping is so much better! It uses chocolate + sunflower seed butter. 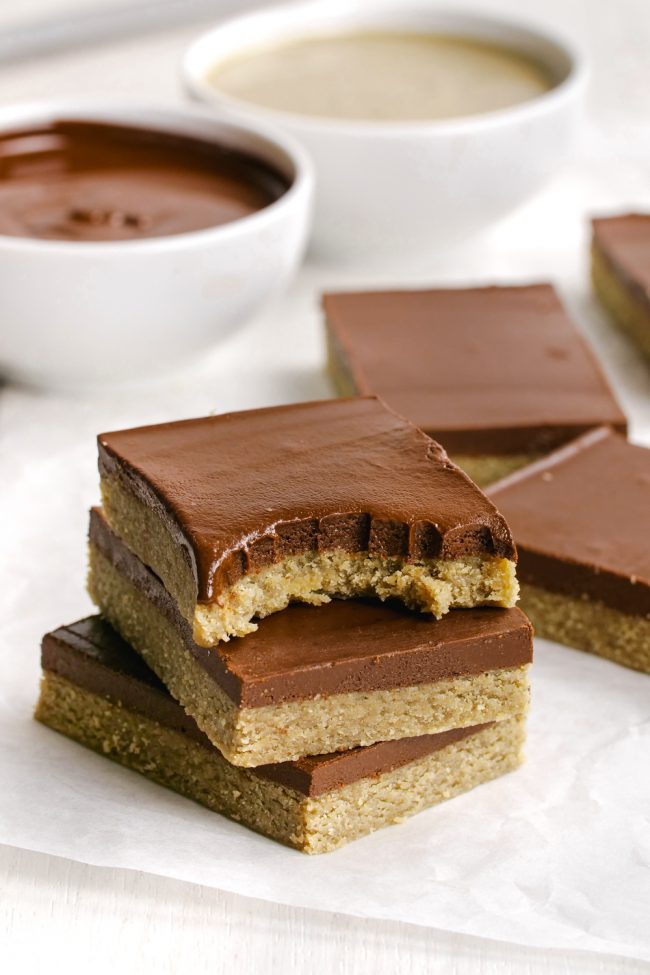 That change makes the topping softer and more fudgy. I thought about using my peanut butter chocolate fudge recipe (which can also be made with sunflower seed butter) but this way was much quicker, easier and I think just as tasty as a topping.

It’s been a few weeks since I last posted. In my vegan chocolate cake post, I talked about my lack of posting recently and said that things would change in February.

We were supposed to have some childcare starting in January that would give me some time to work, but that didn’t work out.

And the next two attempts didn’t work out, either. All for reasons out of our control. Like one person changing professions and one person wanting to return to her home country.

Tomorrow begins attempt #4 with a babysitter. Wish us luck. :D

And sorry to anyone who has commented lately or had a question that I took a long time to answer! I normally try to respond not that slowly but have been having issues with the comments. 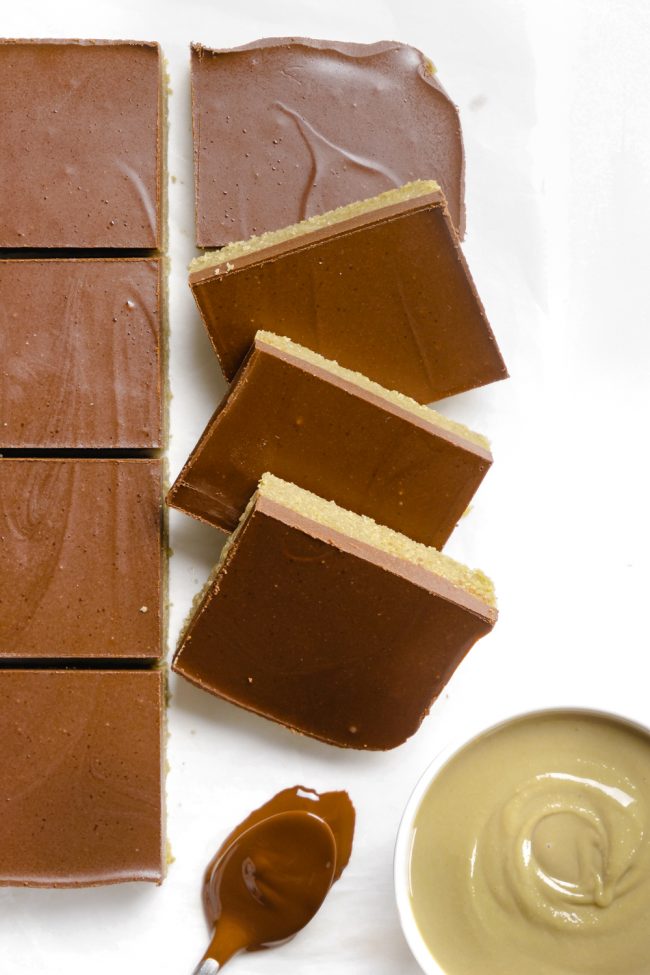