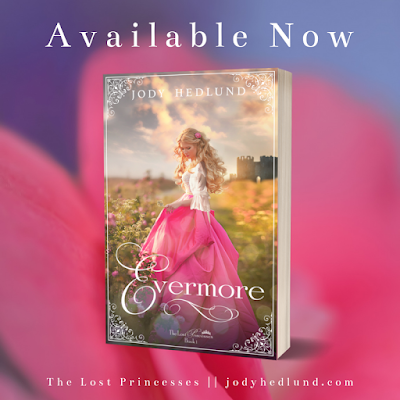 Yes, it’s that time! Time for another release! EVERMORE, the first book in my Lost Princesses series, hits shelves.

You might be thinking, sheesh, didn’t Jody Hedlund just have a book release a couple of weeks ago? What’s up with all these books coming out so close together?

Most of my books release anywhere from six to nine months apart, which has worked really well in juggling the work involved in getting the books ready for publication. It also helps build reader anticipation (especially with the second and third books in a series).

However, with this young adult series, I decided to do something a little different and release the books in quicker succession.

First, since I already had all the books written, I didn’t have the pressure to write them quickly (and risk being sloppy). In addition, the books were professionally edited and proofed months ago, and my beta readers have also had plenty of time to provide feedback. That means I feel confident I’m not compromising quality for quantity.

Second, my release schedule for my adult books for the next couple of years is pretty full (including branching off into a new genre that I’m excited to tell you about hopefully soon!). So, I decided it would be better to try to keep the releases in the Lost Princesses series closer together instead of interspersing them with my other books (and having conflicting release schedules).

Finally, I wanted to see how readers prefer the rapid-release (versus the longer wait). So far, early readers seem to be eager to keep going and are expressing excitement that they don’t have to wait long for the next book’s release. While each book in the series is a complete and full love story, the plot is more intertwined than other series I’ve written, and so I expect that readers will be more anxious than normal to find out what happens next.

So there you have it! That’s why EVERMORE is now available! The second and third books will release in September and October respectively. If you like the rapid-fire release, make sure to shoot me a quick message on social media or via my contact form and let me know!

Find out more about EVERMORE on my website page here: http://jodyhedlund.com/books/evermore/ 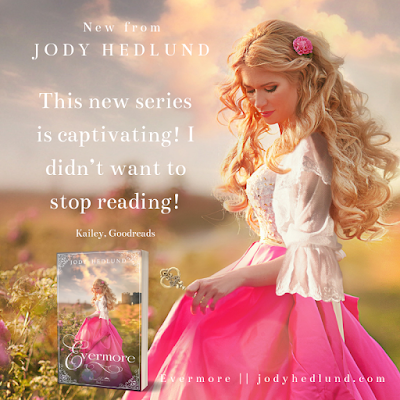