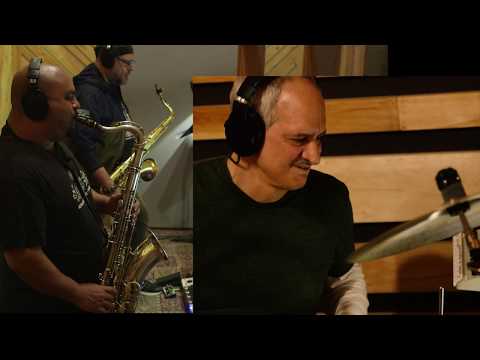 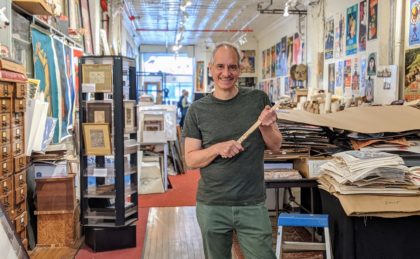 Happy Friday. In what has to be one of the best silver linings of the pandemic, longtime Tribecan and jazz drummer Robby Ameen will host a weekly jazz concert starting next Thursday, April 29, at at Philip Williams Posters at 52 Warren.

The shows will be casual and the exact details are just coming together, but the idea is to do two 45-minute sets starting at 7p, with a short break in the middle to have a glass of wine and peruse the posters. The ask will be a donation of $20 and he plans to seat about 25-30 people. Call 212-513-0313 for reservations.

Joining Ameen will be saxophonist Bob Franceschini, pianist Edsel Gomes and bassist Lincoln Goines; the four have played together for a couple decades.

“It’s going to be kind of low key,” said Ameen, who’s lived in the building since 1989 and is friends with Williams. “I just wanted to find a way to get things started.” 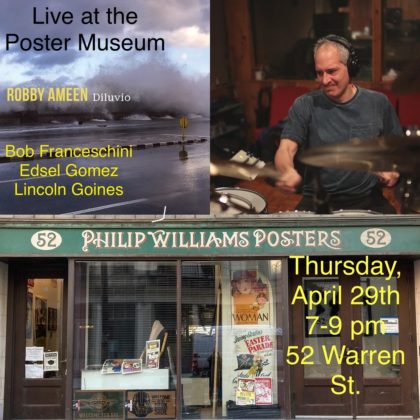 Ameen noted that not only have musicians been out of work for the past year, they’ve also watched as some of the city’s jazz venues have closed permanently: Jazz Standard, 55 Bar — even Birdland is on the brink (the owner there has a GoFundMe campaign going to save it). “It’s been rough for people like me, but a lot of the mainstays have closed forever. The margin is so thin, it’s like Broadway — even if you’re allowed 50 percent capacity that’s not going to do it. You only fill half your house and that’s called a bad night.”

Ameen is a Grammy Award-winning drummer who has played with everyone from Dizzy Gillespie to Paul Simon, including 20-year relationship with Latin icon Ruben Blades as a member of Los Seis del Solar. He’s Lebanese by origin (featured in the PBS television series “Arab-American Stories” Episode 101) but known for an Afro-Cuban jazz style he has developed. His most recent album, Diluvio, came out just before the pandemic.

See the band recording one track from Diluvio below.