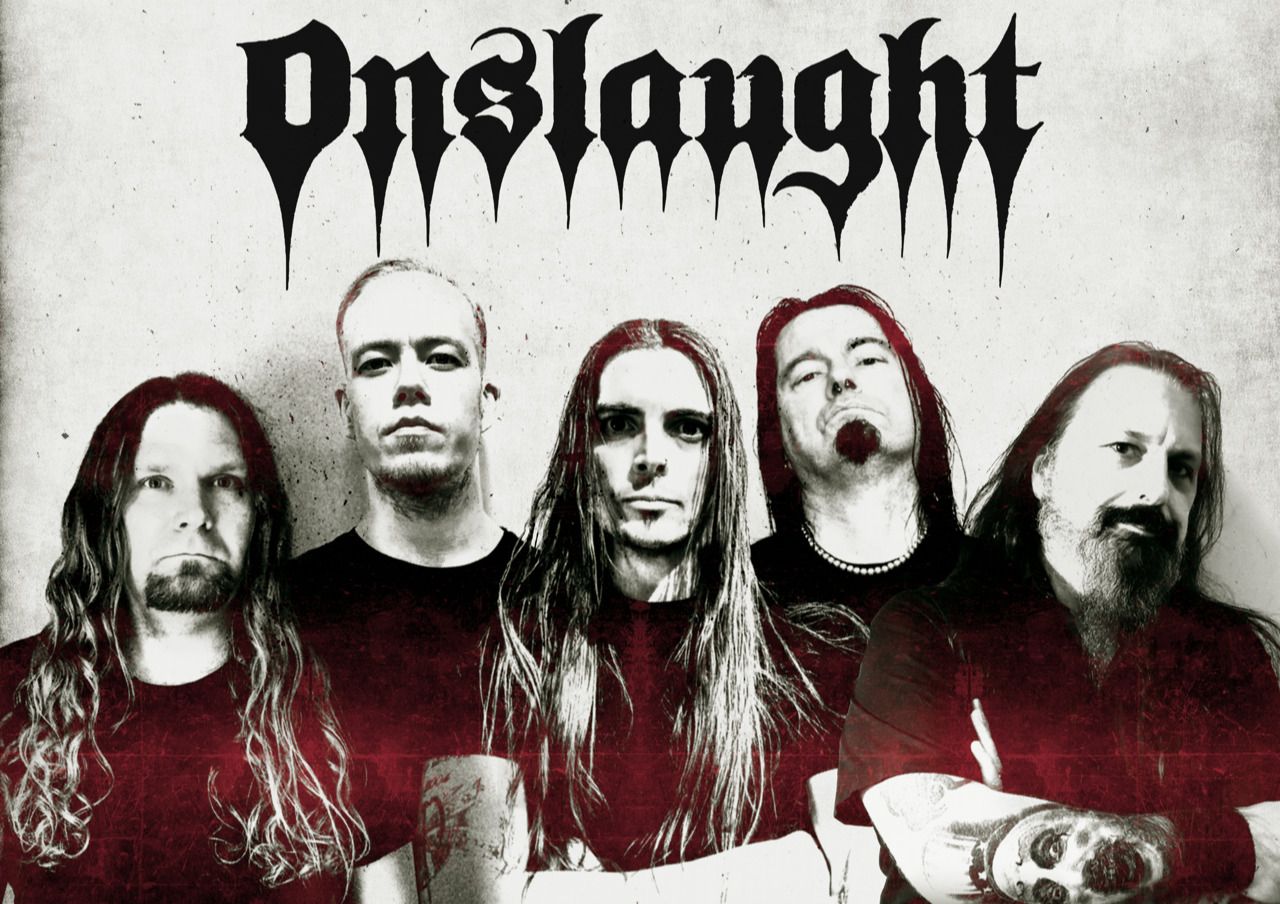 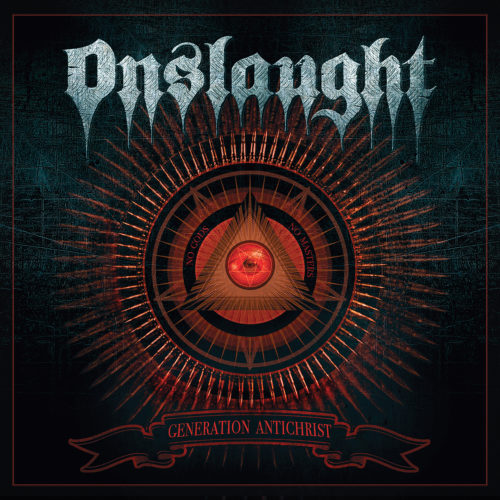 When I selected the promo for Onslaught‘s Generation Antichrist, I initially thought that I was grabbing the latest platter from a relatively modern thrash outfit. But there was something about the British band’s logo that gave me the nagging feeling that I had seen it before. And then it came to me: Onslaught is a band that I’ve often seen listed on those “Best Thrash Albums of All Time” lists. No, not the “Top 10 Thrash Albums of All Time” lists, but the “Top 50 or Top 100 Thrash Albums of All Time” lists. Having never heard the band’s output before, I felt honor-bound to sample their earliest material, and I have to say that I was not disappointed. 1985’s Power From Hell came out the year I was born sporting a Celtic Frost vibe (arguably before CF themselves) that led Steel Druhm to call it “one of the first black/thrash albums,” and 1986’s The Force performed a Jedi mind trick on me by somehow making its nasty guitar tone and classic 80s thrash sound feel comfortably familiar despite my never having heard it. For me, 2020 is quite literally a lifetime away from ’85, so let’s check in on modern Onslaught to see if they’ve used their time more productively than I have.

The Onslaught heard on Generation Antichrist is not your granddad’s Onslaught. This should come as no surprise since the band took a hiatus from 1989 to 2007 and claims guitarist Nige Rockett as its only remaining original member. Like a knight upgraded through the eras into a modern tank in the Civilization series, Onslaught has shed its origins-of-thrash skin to become an absolute bulldozer of a modern groove/thrash outfit. Now that most of the olde people have left the room, we can shamelessly check out single “Bow Down to the Clowns.” It comes to us just in time for election season, and despite its creepily silly video and it’s Saliva-esque circus announcer moment, I’ll be damned if it’s not one of the most infectious songs that I’ve heard all year. Preceded by “Strike Fast Strike Hard” and followed by the title track with its Billy Graham intro sample, “Bow Down to the Clowns” solidifies the first third of Generation Antichrist as generally crushing.1

The album’s other single “Religiousuicide” follows suit with a another aggrothrash fest that succeeds despite lyrics that try a little too hard to be tough guy and edgy. It’s followed by closer “A Perfect Day to Die,” a track that ends things on a high note by sounding like it might have fit well on Megadeth‘s modern thrashterpiece Endgame. Although it begins and ends well, Generation Antichrist is like a cream-filled donut — it’s soft, gooey center makes me wish they’d forgotten the cream and just filled that void space with more goddamn donut! “All Seeing Eye” is not a bad track by any stretch of the imagination, but it dials down the aggression, landing into something like the dad-thrash of some of the filler tracks on the newer Testament albums. It still has very good riffs and solos, but it pales when compared to the extremely violent tracks that came before it. That same style carries over into “Addicted to the Smell of Death,” and “Empires Fall” slows things down to a mid-pace. Both are decent, but they round out a middle trio that ends up feeling mostly forgettable. 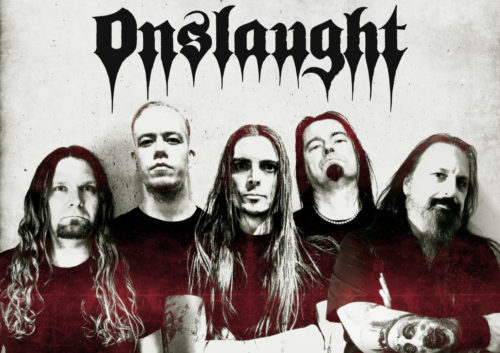 The modern production features guitars that are crunchier than a fractured femur and relentless drumming, but it is far more dynamic than many records of its ilk. It’s really a pleasure to listen to, and it suits the aggressive style perfectly. Vocalist David Garnett has a Flynnish delivery that adds to Onslaught‘s new groove/thrash metal style, but Rockett and newcomer Wayne Dorman win MVP honors with their guitar work. There are some fantastic riffs on Generation Antichrist, and their fretboard antics keep the album from descending into the chugfest drudgery that many groove platters fall victim to. All the tracks are good, but “Strike Fast Strike Hard,” “Bow Down to the Clowns,” “Religiousuicide,” “Perfect Day to Die,” and the title track are viciously delicious.2

If you were to look at my baby picture then look at me now, you’d see that a lot can change in 35 years, and bands are no different. Onslaught might barely resemble the lean and mean thrash band that it was in the 80s, but Rockett has picked up the banner and recruited an army to wage war on the modern thrash scene. A soft middle section barely keeps this from scoring higher, but Generation Antichrist is an easy 39-minute platter to repeat over and over. Now put on your knee pads, and get ready to worship our new clown masters.