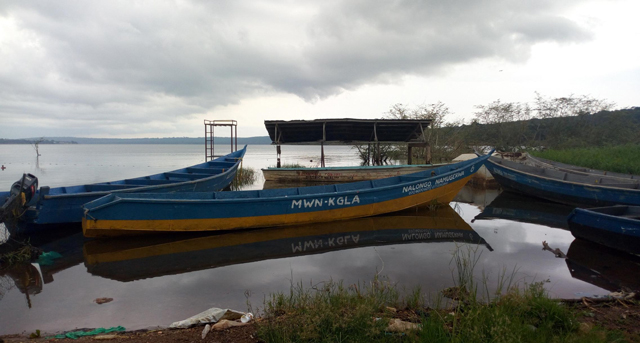 Kalangala, Uganda | THE INDEPENDENT  |  Over 60 shillings worth of fishing equipment has gone up in flames in fire outbreak in Kalangala islands.

Three fishing boats with 25-horse power engines and their fishing nets have this afternoon been burnt up in a fire that broke out at Nkose Landing Site in Mazinga Sub County Kalangala District.

Its alleged that fishermen were filling engine tanks to sail off for fishing activities when one lit a cigarette that caused the fire outbreak.

Ssembule John an eye witness says residents rushed to put off fire to save the other boats. They managed to put off  the fire but after three boats had already perished.

500 litres of petrol which were being supplied to fishermen have also been blown up in this fire, Ssembule adds.

Kyosinga is among the biggest fishing companies on Lake Victoria and the dominant one at Nkose Landing Site with over 30 fishing boats.

Kukuuta Rodgers, the OC station at Mazinga Police Post has confirmed the fire outbreak and has warned fishermen on such accidents.