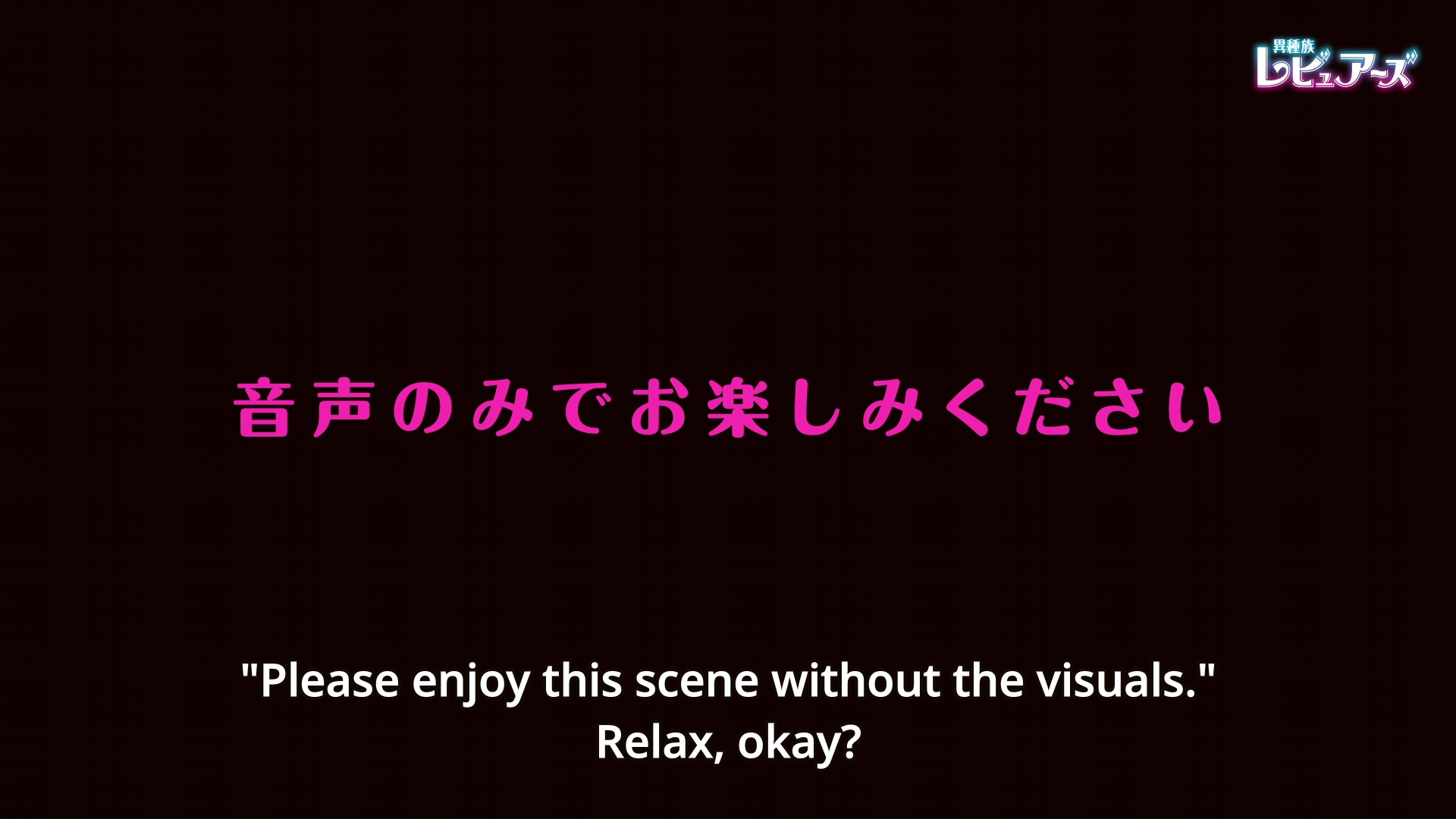 What is Interspecies Reviewers?

A human, an elf and an angel set out to have (consensual) sex with as many magical species of sex worker as they can find: fairies, minotaurs, catgirls, even slimegirls, nothing is off the table. Each is then reviewed and given a score out of 10.

Interspecies Reviewers is literally that blunt.

Is it so explicit?

Anime is so typically sexually-repressed and chaste that to see such a sex positive series like Interspecies Reviewers is a little strange and maybe a little intimidating too.

I watched the heavily censored version of Interspecies Reviewers being streamed by Funimation. Episodes 1 and 2 were okay, but in episode 3, sex scenes were entirely blacked-out. I suppose they gave up at this point. It was to be the last episode streamed by Funimation, but one has to ask, what ever did they expect in the first place? It’s like censoring the volleyball in Haikyuu!!, totally ridiculous.

And the larger question: why is any anime being censored in this day and age? Is it because someone believes our fragile minds can’t take whatever it is that’s being hidden? Or is it just a cynical attempt to sell an ‘uncensored’ version? Blood, sex, cigarettes, all things that are often censored in anime. It’s a mess.

Piracy is what happens.

Allow me to digress for a moment, but in the Nineties, The Exorcist and The Texas Chainsaw Massacre were banned in the UK to protect us, the general British public, from being scared senseless. It was illegal to own them in this country. That seems so unbelievable now.

Interspecies Reviewers was cancelled by Funimation, but that doesn’t mean that Interspecies Reviewers ceases to exist, only that Funimation are being prudish. Wakanim and AnimeLab are continuing to stream it in Europe, Australia and New Zealand, but, if you’re in the US, Canada, UK or Ireland, your only option now is the old way: fansubs. They will lead you to the uncensored versions, at least.

After all that, is it worth the effort?

I’m not exactly in my comfort zone with Interspecies Reviewers. I usually avoid ecchi anime like the plague and this reads like the worst of the lot, but it’s precisely that honesty that intrigued me. Could it really be that shameless? Yes. Yes, it could. It is a damn crazy thing to watch, but also quite funny, and still fascinating in a “how weird can this really get?” kind of way. I’ve seen it described as “trash”, but it’s better than that. There’s love in the making of it, a deeply perverted love, but still.

Sex in anime, whatever next?!