OikeiÃ´sis: An Interview with Steve Finbow 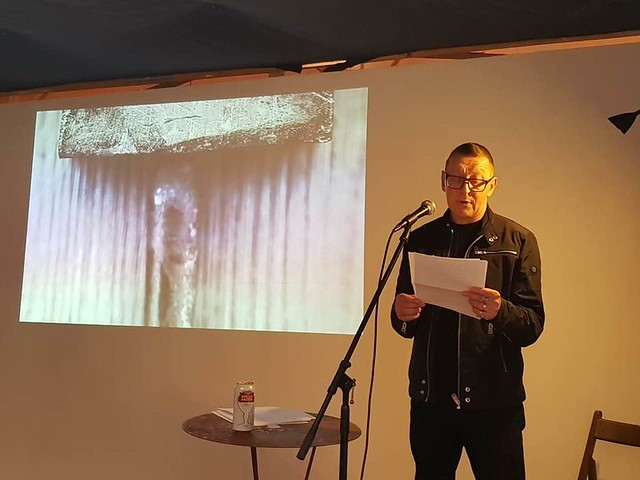 3:AM: You moved away from England when you were quite young, is that right? I’m really curious as to what your upbringing was like. I have such respect for people who can escape the stolid working-class, wage-earning environment, but to this day fear keeps me rooted. Was this what happened when you left for New York, or was it more practical that that — and by that I mean, were you fleeing some kind of oppressive kitchen-sink conditioning or did you simply, innocently, want to spread your wings? I know discovering Burroughs’ Wild Boys was an eye-opener for you…

SF: Not really. When I was 21, my girlfriend at the time — who was at art college in Liverpool — gave me an ultimatum, “Leave London and move to Liverpool or end up dead in the gutter”. I was drinking too much, taking too many drugs of various kinds; so while drinking a pint of Stella and snorting a few lines of coke, or whatever that shit was we bought from the Hell’s Angels, I thought about it and decided she was right and so upped and left. I then spent the next six years or so at the University of Liverpool. Towards the end of that period, I was teaching critical theory part-time and was offered a full-time position, but didn’t enjoy academia. A friend of mine was living in New York City and thinking of opening a bookstore there or in Providence and asked if I would like to help him.

3:AM: How did you eventually come to hang out with Allen Ginsberg and ultimately come to be under his employ? Was he an intimidating presence?

SF: In 1988, I received a research grant from the British Academy to look at Burroughs material in Allen Ginsberg’s archives at the Butler Library. I wrote to Allen for permission and he answered and said to call him while I was there, I did and he said to drop by the apartment on East 12th Street. We chatted and I had a few beers. I returned to Liverpool with a good story. Actually, going through customs at Manchester Airport, I was stopped and searched and the officer found copies of the The Wild Boys edition with the view of the back of a boy’s legs splattered with blood and semen, plus Dead Fingers Talk and other WSB books, so I was thoroughly searched and missed my coach. Anyway, a year later, when I moved to NYC, I called Allen just to say hi and he asked me to drop by the new office, which was on East 14th Street, and we talked about what I was doing in NYC. That night, Bob Rosenthal (Allen’s manager) called and asked if I would like to research and write the biographies of people who appeared in Allen’s photographs that were to be published by Twelvetrees Press. I accepted and then became a full-time researcher, archivist, editor. No, Allen wasn’t intimidating at all. His presence was felt when he came to the office but he was extremely friendly, encouraging and generous.

3:AM: As an educator in the public system I have to watch what I say here, but I adored Grave Desire, your cultural history of necrophilia. People often have a lot of trouble separating the art from the artist: what draws you to transgressive topics and do you ever worry about backlash?

SF: I certainly do not worry about backlash, but I don’t write books just to provoke people. If people are offended, that’s their problem. I usually write books because I am interested in a subject but I cannot find books that are related to that subject, and so I research and end up with enough material for a book. Grave Desire came out of my fascination with taboo subjects and serial killers but also out of my interest in the Marquis de Sade, Lautr éamont, Hans Bellmer, Jean BenoÃ®t, JG Ballard and so on. And we have to remember that what is transgressive in some cultures is accepted in others; what is transgressive in one century is conventional in another. What I am drawn to is limit-experience and how humanity blurs, pushes at and breaks through the boundaries of morality, ethics and aesthetics (a sort of an-aesthetics). So Ted Bundy, Louis-Ferdinand C éline, Otto Muehl, Kathy Acker. When I was young, about the time I first read The Wild Boys, I was in a gang that listened to the New York Dolls, David Bowie, Iggy and the Stooges, the Velvet Underground, Jobriath and when we went out we dressed in glam-ish outfits, wore make-up, very transgressive for that era and area and then I became a punk and so transgression has always been part of my life. Arthur Rimbaud was my earliest punk hero.

3:AM: William Friedkin’s Cruising must have played some part in your research for The Mindshaft but do you have any opinions on Franco’s Interior. Leather Bar?

SF: Yes, I re-watched Cruising at a glacial speed and think it is a very good film and there are some great doppelgÃ¤nger moments in it and cinematographic parallels with Jacques Scandelari’s 1978 movie New York City Inferno, which I am not sure are intentional. I thought Franco’s, Interior. Leather Bar a good concept but a poor execution. The idea was to make a film of the missing forty minutes of Cruising. Franco called Friedkin and said, “I’m trying to make a film about the missing forty minutes of Cruising“. I (Friedkin) said, “Uh huh.” And he said, “By the way, what were the missing forty minutes?” [laughs] I swear to God, he’d been shooting it! I said, “Well, it was just pure pornography that I shot because I could”. So t was a pretty pointless exercise and interjected a moral aesthetic which really should be left to the viewer. 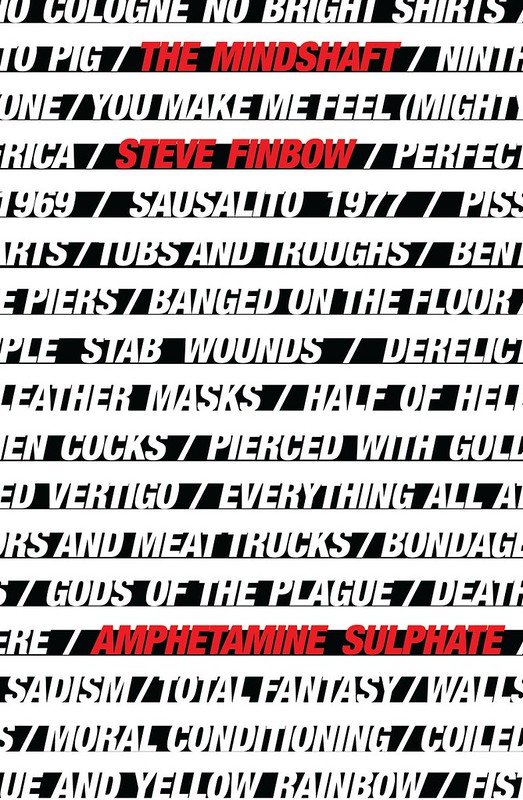 3:AM: I completely agree. I meant to ask: are you musical? Would you ever consider working with other avant-garde artists, like Whitehouse?

SF: I bought a new bass — a beautiful black semi-acoustic Guild — when I moved to France in 2016. I play it irregularly and am about as good now as I was when I was eighteen, which isn’t very good. I listen to a lot of music and my tastes have shifted over the past ten years. I’ve always enjoyed industrial, noise, noise rock and had followed experimental music alongside punk and post-punk — Throbbing Gristle, Cabaret Voltaire, Nurse with Wound. On moving to Liverpool, I got caught up in the Liverpool scene with Echo & the Bunnymen, Teardrop Explodes, the different incarnations of Wah! and also the early days of The HaÃ§ienda across in Manchester. In NYC, I went to CBGBs a lot but it was past its best. It’s only more recently that I’ve caught up with the back catalogue of noise, noise rock, industrial bands and now very rarely play punk or post-punk and never listen to the Liverpool bands or Patti Smith, Bowie, Reed, Dylan and such. I like Whitehouse a lot and power electronics in general and I have connections with Philip Best through Amphetamine Sulphate and with Peter Sotos through James Williamson’s Creation Books. I find some of Whitehouse’s politics a little dodgy but I think it’s a provocation art stance to use fascist iconography and ideas, a shock treatment, similar to those used by bands like Throbbing Gristle, EinstÃ¼rzende Neubauten, Laibach and also members of the YBAs back in the late eighties. See Stewart Home’s essay. As for working with these bands, yes, I would love to but no-one’s asked me. Especially groups and people like Trepaneringsritualen, Merzbow and Puce Mary. And I would have loved to have been the bassist the nights Les Rallizes D énud és played the Yaneura club in Shibuya, Tokyo, during 1979, 1980 and 81.

3:AM: If we weren’t in lockdown and living miles apart, I’d ask you to be in my band. We could have Zoom jam sessions. What’s our band’s name? Something highbrow. We could go for The Wild Boys and reclaim it from those shameless new wave philistines, Duran Duran?

SF: Thanks. I’ll have to search for my black-sun plectrums, can’t remember where I’ve put them. I’m not very good on Zoom. I dislike video calls. I hated that Duran Duran song and always thought one of the lines was “Wild boys always shave” but it’s shine, apparently. And what’s going on with “Where is all you angels / Now the figureheads have fell”? But our band’s name, hmm, yes, something highbrow. Ich/du or Pervitin or Catachresis or Perfidious Geometry or Plane of Profligates or Entr’acte or Zastrozzi; I like Remora Lampreys or RÅdÅki (Japanese for record of labour or worker’s account) or Oresteia, but my favourite and close to my philosophy of art is OikeiÃ´sis. Ladies and gentlemen, I give you OikeiÃ´sis. Get fucking loud! 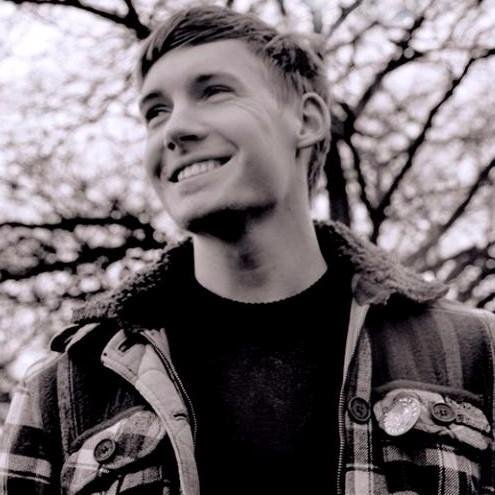 ABOUT THE AUTHOR
Chris Kelso is is a British Fantasy Award-nominated writer, illustrator, and anthologist from Scotland.

OikeiÃ´sis: An Interview with Steve Finbow