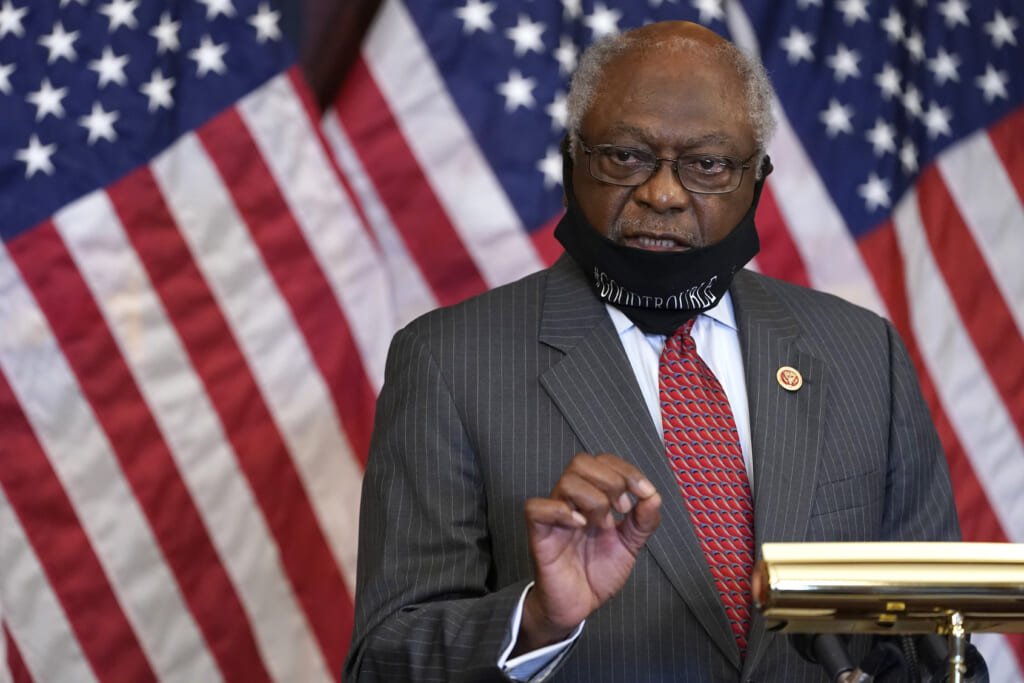 According to CNBC, the emails, released Friday after lawmakers concluded an investigation, show Department of Health and Human Services appointees had altered multiple weekly reports on coronavirus to match the rhetoric of former President Donald Trump.

House Majority Whip Jim Clyburn, chairman of the House Select Subcommittee on the Coronavirus Crisis, said of the group’s findings:

“Our investigation has shown that Trump Administration officials engaged in a persistent pattern of political interference in the nation’s public health response to the coronavirus pandemic, overruling and bullying scientists and making harmful decisions that allowed the virus to spread more rapidly,” said Clyburn, a South Carolina Democrat.

One such email was from former science advisor Paul Alexander, who bragged about changing coronavirus reports in a Sept. 9 message to Michael Caputo, ex-HHS public affairs chief.

Alexander wrote, “Small victory but a victory nonetheless and yippee!!!” This came after Trump demanded to change COVID information from the Centers for Disease Control and Prevention (CDC), as reported by Politico.

Clyburn also turned his attention to former White House COVID-19 advisor Dr. Scott Atlas, accusing him of supporting “policies that would allow the virus to spread widely among many Americans” as well as possibly participating in condemning reports from the CDC “in order to justify President Trump’s push to reopen.”

Other documents show that Atlas was “aware of, and may have participated in, efforts to attack reports issued by the Centers for Disease Control and Prevention (CDC) in order to justify President Trump’s push to reopen,” Clyburn said.

Trump had been attempting to downplay the seriousness of COVID-19, discouraging people from wearing masks and pushing for businesses to reopen prematurely in order to give the economy a boost after business shutdowns and restrictions threw the U.S. into recession.

Last September, audio interviews with writer Bob Woodward revealed Trump saying that he deliberately downplayed the virus to the public, as reported by NPR.

Trump told Woodward he “wanted to always play it down. I still like playing it down.” He stated he did so because he didn’t want to “create a panic,” despite knowing that the virus was killing vulnerable people and that it is airborne.

As previously reported by theGrio, Atlas was against new COVID restrictions implemented in Michigan last November. He tweeted, “The only way this stops is if people rise up,” as well as in a separate post, “You get what you accept. #FreedomMatters #StepUp.”

His post received criticism for implying that violence should be incited as a way to combat the restrictions. Michigan Gov. Gretchen Whitmer said Atlas’ posts “took my breath away,” while Dr. Anthony Fauci said, “I don’t want to say anything against Dr. Atlas as a person, but I totally disagree with the stand he takes. I just do, period.”