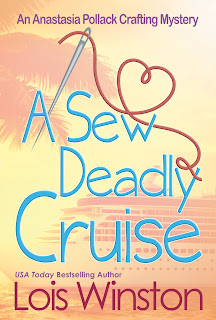 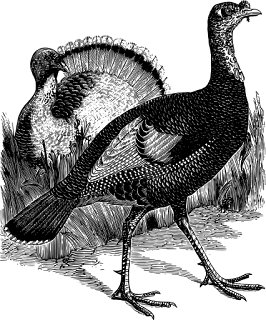 In Little Women Louisa May Alcott opens with Jo March grumbling, “Christmas won’t be Christmas without any presents.” This year, for many of us, Thanksgiving won’t be Thanksgiving without family gathering around the dinner table. Such is life in the time of Covid.

In past years, the day before a normal Thanksgiving would find me in the kitchen, either my own or one of my son’s kitchens, baking apple and pumpkin pies and prepping for the next day’s marathon of cooking. However, this Thanksgiving will be unlike any previous Thanksgiving. We won’t be hosting a houseful of relatives or traveling out of state to spend the holiday with either of our sons and their families.

Turkey dinner for two? Hardly seems worth the effort or the expense. Besides, turkey leftovers are great the next day, but even with the smallest bird, we’d wind up with way too much leftover turkey. In the past I’ve tried freezing leftover turkey, but I’ve found it doesn’t freeze well. It always becomes too dry, no matter how much gravy I soak it in. So I’ve placed an order for two turkey dinners to be delivered from one of our local restaurants.

As for those pies, If I bake them, we’ll eat them, and neither my husband nor I need all those extra calories. I’ve discovered Covid Weight is worse than the Freshman Fifteen! Or maybe it’s that I’m older, and my metabolism has slowed down. Either way, with only one person with whom to split the calories, I’m nixing the pies.

As much as I’ll miss spending time with my family this Thanksgiving, Anastasia Pollack, the reluctant amateur sleuth of my Anastasia Pollack Crafting Mysteries, is thrilled to be ditching some of hers. She’s sailing off on a cruise in A Sew Deadly Cruise, the ninth and newest book in the series. She certainly deserves a relaxing vacation after all the murder and mayhem I’ve dumped on her in the eight previous books and three novellas.

There’s just one problem: I write a mystery series. You can’t have a mystery series without mysteries, and in Anastasia’s life, that usually means at least one dead body—often more. Being the devious author that I am, since I gave her a respite from her most annoying relatives, I dumped more than one mystery and several dead bodies onto the cruise ship.

Of course, Anastasia is not happy with me, but what else is new? We’ve always had a tension-filled relationship. After all, before I dragged her into a starring role in my series, she was a happily married, middle-class wife, mother, and crafts editor at a women’s magazine. With a few strokes of my keyboard, I killed off her duplicitous husband, plummeted her into debt greater than many Third World nations, and permanently stuck her with the communist mother-in-law from Hades. I have to admit, her anger is justified.

Life is looking up for magazine crafts editor Anastasia Pollack. Newly engaged, she and photojournalist fiancé Zack Barnes are on a winter cruise with her family, compliments of a Christmas gift from her half-brother-in-law. Son Alex’s girlfriend and her father have also joined them. Shortly after boarding the ship, Anastasia is approached by a man with an unusual interest in her engagement ring. When she tells Zack of her encounter, he suggests the man might be a jewel thief scouting for his next mark. But before Anastasia can point the man out to Zack, the would-be thief approaches him, revealing his true motivation. Long-buried secrets now threaten the well-being of everyone Anastasia holds dear. And that’s before the first dead body turns up. 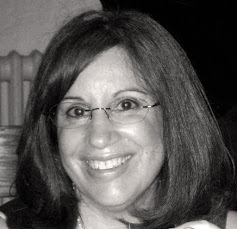 USA Today and Amazon bestselling and award-winning author Lois Winston writes mystery, romance, romantic suspense, chick lit, women’s fiction, children’s chapter books, and nonfiction under her own name and her Emma Carlyle pen name. Kirkus Reviews dubbed her critically acclaimed Anastasia Pollack Crafting Mystery series, “North Jersey’s more mature answer to Stephanie Plum.” In addition, Lois is a former literary agent and an award-winning craft and needlework designer who often draws much of her source material for both her characters and plots from her experiences in the crafts industry.

Find more about Lois and her books at her website where you can sign up for her newsletter. You can also find her at her Killer Crafts and Crafty Killers blog, Bookbub, Pinterest, Twitter, and Goodreads.