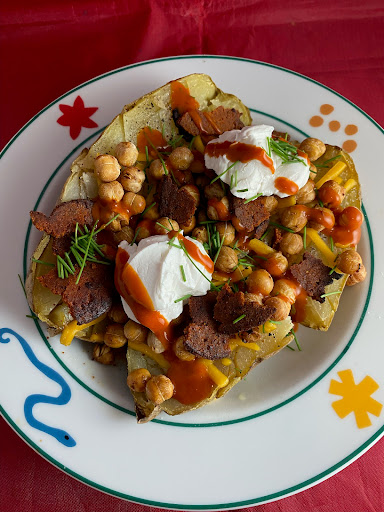 All the Potatoes! And More!

I've been on a potato kick lately! I baked some potatoes for quick dinners and lunches last week and topped them in fun ways. My favorite was this Loaded Baked Potato with vegan cheese, seitan bacon, bacon-y roasted chickpeas, sour cream, chives, and Earth Balance. I seasoned those chickpeas with vegan bacon salt and air-fried until crispy. 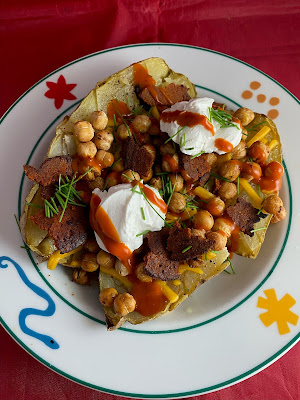 Here's another tater topped with black beans, salsa, broccoli, avocado, sour cream, and sprouts! Like a salad on top of a potato! 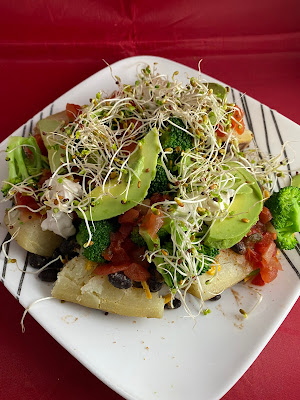 Last week was Hanukah, and though I'm not Jewish, I do love latkes! I made Isa's Baked Potato Pancakes (her low-oil spin on traditional shredded and fried latkes) from The Superfun Times Vegan Holiday Cookbook. These were really awesome with vegan sour cream and applesauce! 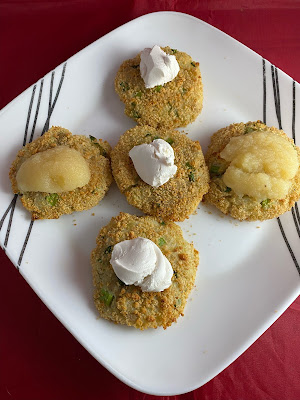 I got some beautiful turnips in my last CSA, so I roasted them up and served with a slice of seitan roast (that I put up in the freezer when I last made a big batch) and kale. 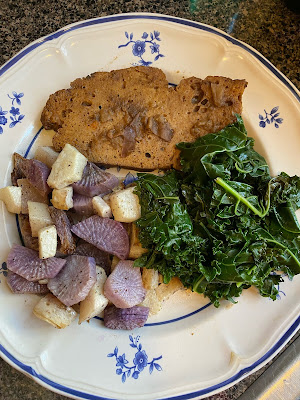 And finally, here's a tasty and quick work lunch. Vegan Mac & Cheese (from a box! The Annie's Naturals brand) with seitan bacon and broccoli, plus a yummy side salad with vegan ranch. 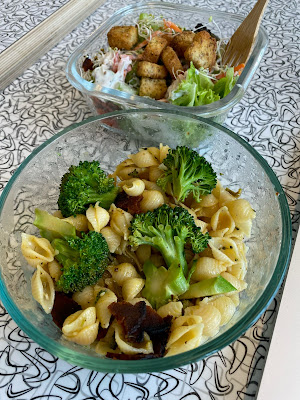 All the Potatoes! And More!