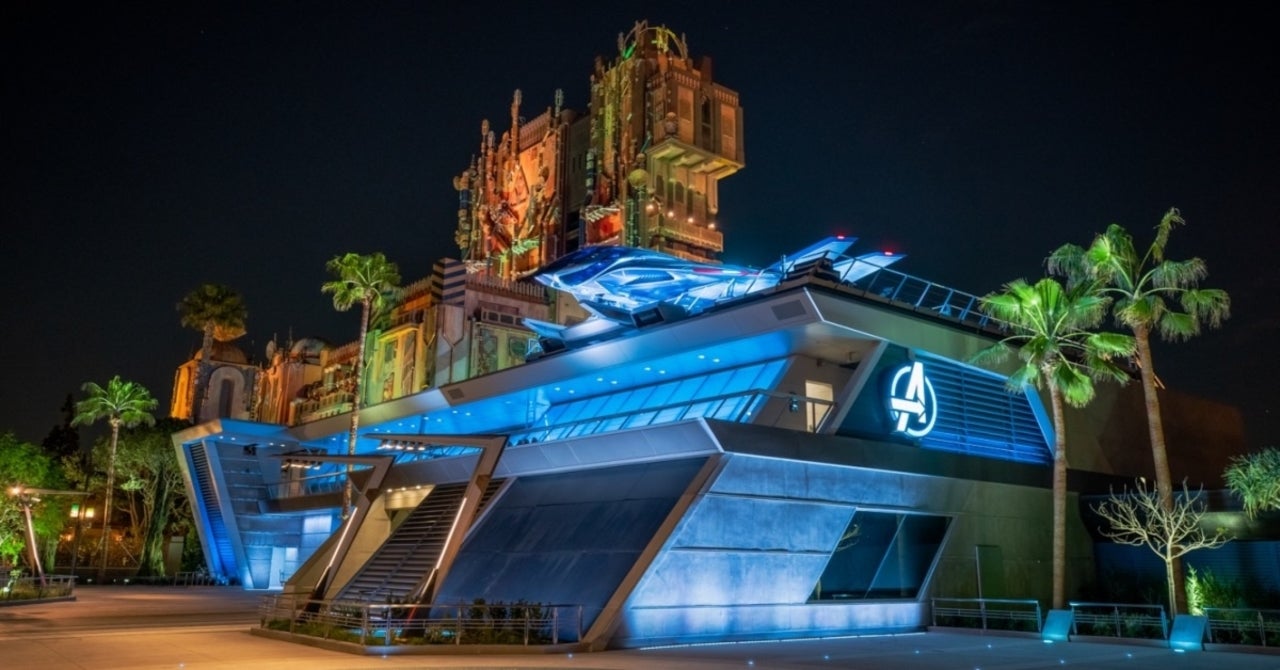 Marvel reveals the latest look inside Avengers Campus, the all-new superhero land opening this summer at Disney California Adventure Park at the Disneyland Resort. Earth's mightiest heroes are seeking recruits at their Californian Campus -- Centralized Assembly Mobilized to Prepare, Unite, and Safeguard -- and guests who assemble at Avengers Campus starting on June 4 will thwip webs with Spider-Man (played by Tom Holland) while swinging into action aboard WEB SLINGERS: A Spider-Man Adventure, enjoying size-defying food at the Ant-Man-inspired Pym Test Kitchen, and marveling at the Avengers as they unite to battle Black Widow movie villain Taskmaster atop the Avengers Headquarters building housing a parked Quinjet.

Avengers Campus photos released on Marvel.com reveal a new look at the land's main entrance situated next to WEB SLINGERS: A Spider-Man Adventure, where guests will team up with Spider-Man to thwip and thwart chaos at the Worldwide Engineering Brigade -- aka WEB -- where riders shoot webs to capture unruly Spider-Bots wreaking havoc across Campus. The interactive family attraction is housed in a Stark Motors factory repurposed by genius inventor Tony Stark, a.k.a. Iron Man, as a think tank for innovators.

At Pym Test Kitchen, recruits can enjoy unusual-sized foods courtesy of "experiments" by a team of research chefs working with the Pym Particles that allow superhero duo Ant-Man and The Wasp to shrink down (and size up). The eatery offers "magically"-refilled beers via a reverse tap system and themed alcoholic beverages, but guests of all ages can enjoy a variety of foods as they marvel at a decor that includes super-sized soda cans and enormous condiment bottles.

Recruits might encounter Doctor Strange and learn more about the mysteries of the Multiverse at the Ancient Sanctum, where the sorcerer demonstrates the mystic arts in an area glowing with magical energy. The icon of Avengers Campus is Avengers Headquarters, home to a heroic encounter with Stark and his new Mark 80 Iron Man armor, a live show on the ramparts of the building pitting heroes against Taskmaster, and the rooftop Quinjet. Look across the way and you'll see Spider-Man performing amazing acrobatic stunts as he swings above WEB SLINGERS.

Iron Man and Spider-Man are just two of the dozens of superheroes who will be suiting up and springing into action at Avengers Campus. A previously announced roster of heroes revealed guests can encounter such heroes as Black Panther, Captain America, Captain Marvel, and Thor in the land brimming with heroic activity throughout the day.

Avengers Campus opens June 4 at Disney California Adventure Park at the Disneyland Resort in California. See the newest photos below:

The Orb of Cagliostro at the Ancient Sanctum