April is the Chicago real estate market's first full month with the coronavirus stay at home order and its repercussions. And the picture is not pretty. And it will get worse before it gets better. First, April closings were down 21.0% from last April. However, you should note that the Illinois Association of Realtors will report it as a 22.2% decline in about 2 weeks because that's the way they roll. Of course, the other obvious factoid from the graph below - all Aprils are flagged in red - is that this was the lowest April sales in 8 years. None of this is helping that light blue moving trend line that has been trending downward for a couple of years now. It just took another hit - which would have been great if we were plotting the trend of Covid-19 cases here but we're not. [caption id="attachment_22399" align="alignnone" width="650"]

So here's the thing...it's going to get worse. Check out my contract activity graph below. April was down a whopping 54.4% from last year, which is the biggest percentage loss for any month since I've been tracking this. It's also the lowest level for an April since I've been collecting the data. Because closings usually follow contracts by 1 - 2 months this means that closings in May and beyond are going to really suck compared to even April. Of course, if you've been following my weekly Covid-19 updates none of this is a surprise to you. [caption id="attachment_21907" align="aligncenter" width="900"] Chicago home sale contract activity plummeted to a record low for an April due to Coronavirus concerns.[/caption]

It should be no surprise then that pending home sales also fell to the lowest level for an April since I've been tracking that data. The backlog of homes waiting to close plunged by 1746 units vs. last year at this time. That's actually roughly equivalent to the drop in contract activity as you would expect. The trendline had been looking like it was leveling off but not anymore. [caption id="attachment_21908" align="aligncenter" width="909"] The percentage of home sales that are distressed seems to be continuing its long term trend, falling to 4.1% from 6.3%. Since the sale of distressed properties is less sensitive to timing considerations like the infection rate of a population it's possible that we will actually see this percentage increase temporarily in the next few months. [caption id="attachment_22249" align="alignnone" width="650"]

Since the housing crisis the percentage of home sales that are distressed has steadily declined.[/caption]

For the next few months I'm going to step away from the canned inventory reports. I don't like the way they calculate their months of supply in an environment like we have right now. When the market is behaving more predictably I think their methodology is probably adequate but right now things are exceptionally dynamic. Rather than spend a lot of time exposing the shortcomings of the canned report let me focus on how I think we should be calculating months of supply: basically homes available for sale in a given month divided by contract activity in that same month. The measure of homes available for sale that is readily available to me looks at homes for sale at any time during the month - not just the end of the month. On this basis I get the graph below which shows seasonal peaks around September - December and seasonal troughs around March - May. Except this year. You can see in the graph how the April numbers have jumped up. Detached inventory went from 3.2 months supply last year to 3.9 months this year. Attached inventory went from 3.0 months to 5.9 months. As I've mentioned in my weekly updates condos seem to have been hit harder than single family homes. There are actually two different opposing forces at work here. First, new listing activity is down by more than 50% and that has resulted in 20% fewer homes on the market in total. However, contract activity is also down by more than 50% so when you divide the homes for sale by contracts written it gives you more months of supply. So this tips the balance between supply and demand in favor of buyers despite the fact that buyers actually have fewer homes to look at. [caption id="attachment_21909" align="aligncenter" width="909"]

One of the key metrics to watch in order to find out how all these different factors net out is market time - for the homes that closed in a given month how long did it take for them to go under contract. When homes are selling faster it's an indication that the market is tipping in favor of sellers. And that's actually happening to a small extent. For attached homes (condos) the time to sell has dropped by a mere 1 day, from 76 days to 75 days. However, it's been a little bit better for detached homes which have seen their market times go from 99 days to 91. That's roughly consistent with the inventory story, though a drop is a little surprising in light of higher inventory levels. [caption id="" align="alignnone" width="540"] 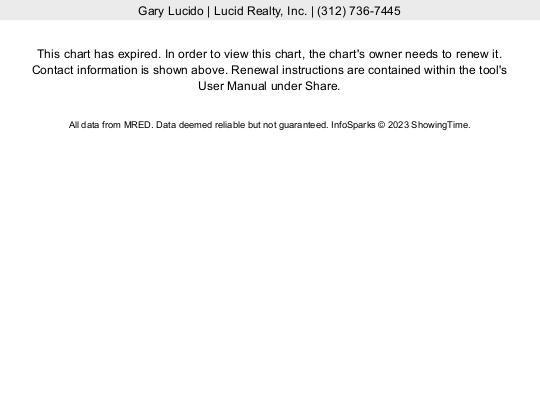 The time it takes to sell condos/ townhomes and single family homes are recently converging.[/caption] Our Web site has even more data on the real estate market in Chicago. #RealEstate #ChicagoRealEstate #Coronavirus Gary Lucido is the President of Lucid Realty, the Chicago area's full service real estate brokerage that offers home buyer rebates and discount commissions. If you want to keep up to date on the Chicago real estate market or get an insider's view of the seamy underbelly of the real estate industry you can Subscribe to Getting Real by Email using the form below. Please be sure to verify your email address when you receive the verification notice.
Source: chicagonow.com