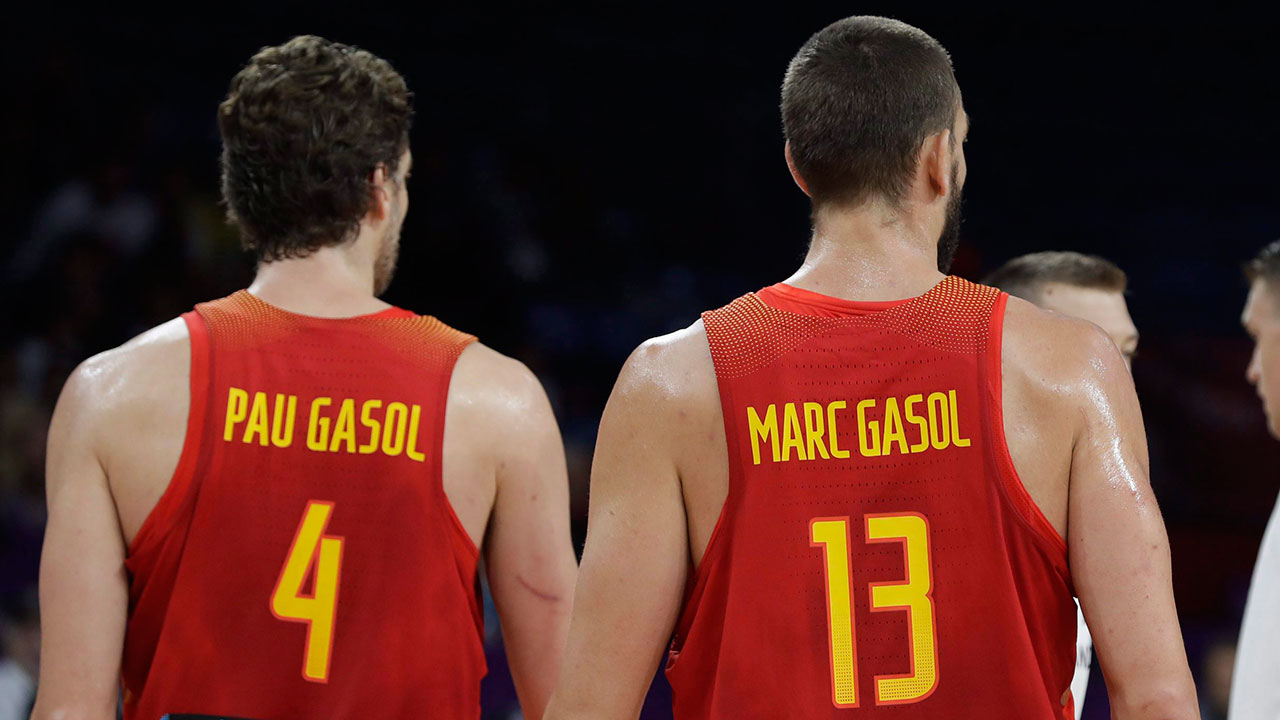 Easy to play with. Knows the game. Makes others better.

There aren’t three descriptions that a professional athlete should want attached to their name more.

They all describe Marc Gasol, the 34-year-old who made his first start for the Toronto Raptors on Sunday since he was acquired at the NBA trade deadline on Feb. 7.

That in itself is a story. Gasol had started every game he played for 10 straight seasons before he came off the bench in his first four as a Raptor, although the outcome — a 113-98 loss to the visiting Orlando Magic — wasn’t ideal.

Gasol has been as advertised despite playing only 19 minutes a game. The play-making centre is averaging 5.1 assists per 36 minutes, a rate surpassed only by the Raptors’ point guards. But in his first game with extended minutes with Kyle Lowry in particular, the potential for more is obvious. Three of Lowry’s 10 assists were to Gasol.

“Kyle’s very unselfish and knows the game very well so as soon as he sees the big taking the wrong step in the wrong direction, he’s going to pass into that pocket,” said Gasol, who finished with 16 points, five rebounds and five assists in 23 minutes. Lowry set him up for several easy hoops in pick-and-roll action and Gasol returned the favour at least once, but there were more chances that just missed coming off.

The Raptors needed anything from anybody and they almost got all they needed from their new big man.

Sandwiched in between an emotional win at home on Friday and a high-profile test against the Boston Celtics on Tuesday, there was all the potential in the world for the Raptors to let down against the visiting Magic on a rare Sunday afternoon start. And that’s just what they did as they never quite had control — the Raptors’ winning streak was snapped at seven games as they fell two games behind the idle Milwaukee Bucks for first place in the East.

The Raptors signaled their intention when they decided to rest Kawhi Leonard even though it was just his third game in 18 days — although there was a relatively quick turnaround after Friday night’s win over San Antonio. Nurse said there was no issue with Leonard, but didn’t want to chance anything with the Celtics in town Tuesday.

If the playoff started tomorrow, the Raptors would play Dwane Casey and the Detroit Pistons, which would have a little more juice than, say, Toronto-Charlotte.

Whoever they end up playing, and however far they go, Gasol’s contributions will need to be significant.

Then again, Gasol was made for this — a cliché that fits.

Doing what’s required? Thinking team before personal role? Taking less so that others can eat? Gasol learned all these qualities at home, as his older brother Pau — in town Friday with the Spurs — was happy to explain.

“I think our parents did an incredible job just teaching us what’s really important in life, what matters,” the elder Gasol said. “At the end of the day this is a game that we play. We’re extremely fortunate to be able to do that, and it’s highly rewarded in many ways. So it’s just basketball.

“It’s not just about what you do for a living,” he said. “It’s more about who you are as a person and understanding that whatever you do, there are a lot of moving parts around you and all of them are just as important as you.”

But in the heat of the playoffs — or even in a Sunday afternoon regular-season game — Gasol can often be the most important player on the floor.

The best plays he made weren’t the expert pick-and-roll sequence he ran with Lowry — between them they have 24 years of NBA experience and some of the most advanced basketball understanding in the league.

They’ll figure it out.

Most interesting was that Gasol’s best moments were on a few different occasions when it looked like things were devolving into chaos and the shot-clock was winding down. That’s when his value became apparent.

Early in the first quarter he sprinted to Lowry when the point guard was stuck in the corner and nearly set him up for a give-and-go lay-up that was broken up by a Magic player’s foot. A moment later, he ran to Jeremy Lin when the Raptors newcomer was trapped in the paint. By flashing quickly, Gasol and got himself open for a lay-up.

He turned a wild sequence late in the second half, where Danny Green had his lay-up swatted back to the three-point, into a lay-up for a cutting Jodie Meeks, the ball barely touching his hands. The prettiest play of the game was a double give-and-go between him and Lowry that ended up in a lay-up for Gasol.

Wherever there was trouble, Gasol followed and tried to make sense of it all, and most of the time he did.

Gasol is willing do most of the heavy lifting, it sounds like. Just keep moving, and he’ll find you.

“I’m kind of used to that,” he said afterwards. “I’ve always been the outlet … when the ball gets stuck, just run to that high-post area or to the post and allow guys to move around and makes something happen. And if they’re moving around and not open, then I’m going to have lanes to drive too. But when things break down or slow down, that’s what I’m used to [helping with].”

And that’s what the Raptors brought him here to do. 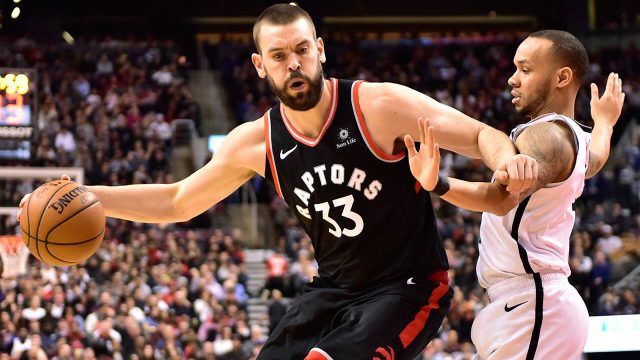 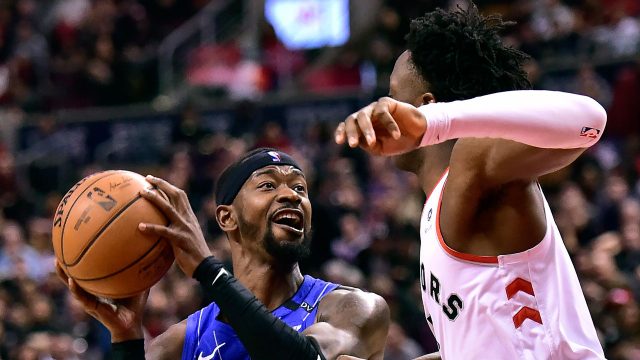