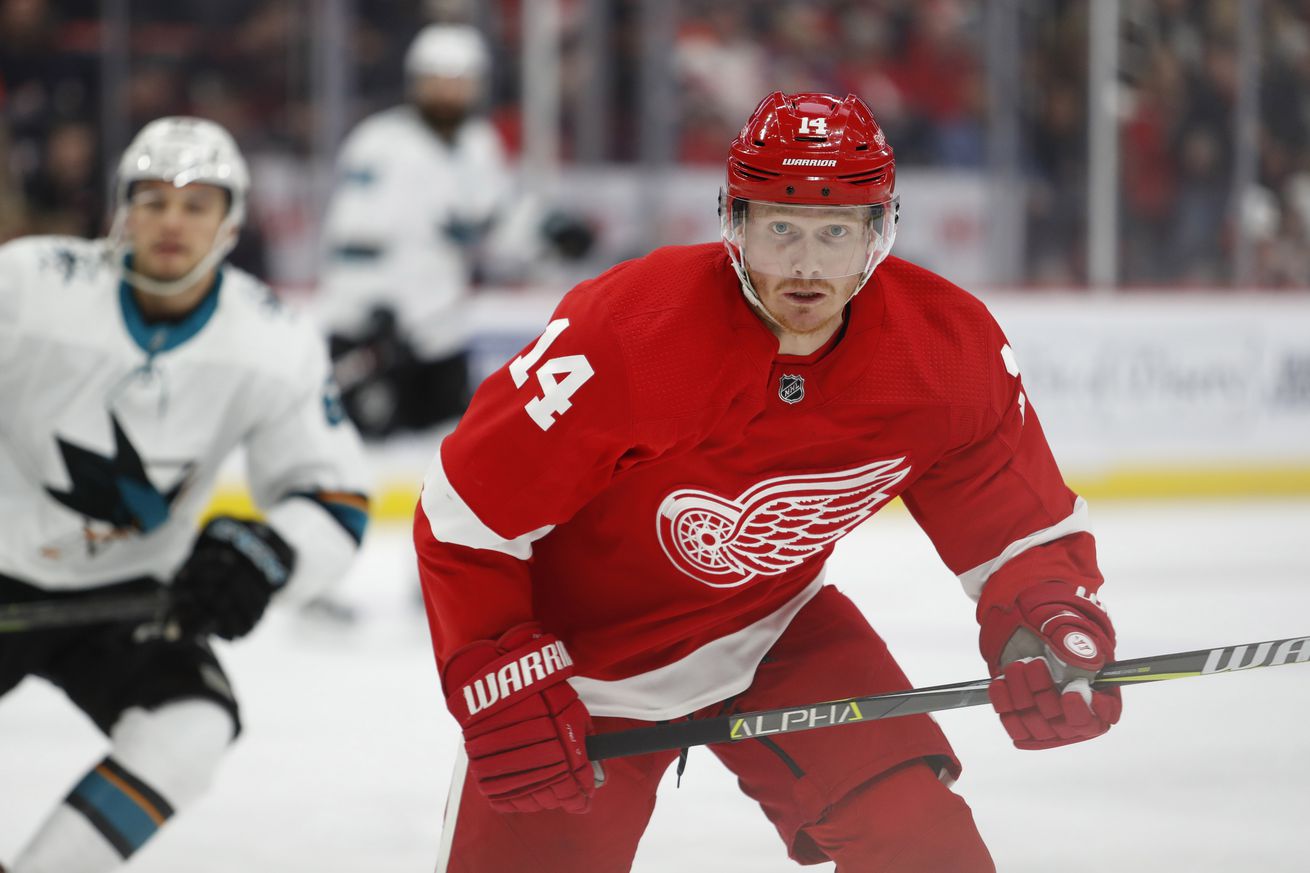 Who should Doug Wilson look to acquire?

As we quickly approach the trade deadline at noon Pacific tomorrow, Feb. 25, plenty of decisions will have be made by general managers across the league as they deliberate on their asset management and future of their franchises, both short-term and long-term. Some of these decisions will result in the movement of pending unrestricted free-agent players on largely non-playoff bound teams, and others, such as the likely decision to be made from Blue Jacket GM Jarmo Kekäläinen in retaining UFA winger Artemi Panarin, will result in GMs allowing for these UFA contracts to play out in their entirety due to expected playoff pushes, which Columbus will be making after their recent acquisition of former Senators Matt Duchene and Ryan Dzingel.

It is important to note before discussing possible acquisitions that the Sharks could very well stand pat and choose to do nothing for this year’s deadline. The team on paper has nearly all it needs to make a serious cup run. It is just a matter of each player playing up to his expectations, getting hot at the right time and, of course, luck.

Having said that, the team can always improve, and for the Sharks this year, they could use some bottom-six forward scoring and some help in goaltending, with both Martin Jones and Aaron Dell struggling this season.

As it stands, below are a list of teams likely to be sellers overnight, due to their position in the standings. Also listed are each of these teams’ respective pending UFA impact players who could be of service to playoff-bound teams and thus may be dealt to buyers. Given the easy argument to be made for the Sharks boasting the best defensive corps in the league, pending impact UFA defensemen will not be included in this list.

It is important to bear in mind from Sharks GM Doug Wilson’s perspective that the likelihood of the team resigning any of these impact players, if acquired, depends on the pending decisions to be made regarding the contract extensions of Erik Karlsson, Joe Pavelski and Joe Thornton, not to mention RFA Timo Meier and UFA Joonas Donskoi. While we may speculate hopefully that the signs indicate a good chance for these players to be resigned, Wilson is naturally far more privy to these decisions. One would think (and hope) that whichever direction the team ultimately choose to pursue is wholly contingent on Erik Karlsson — he is the domino with which whatever direction he chooses to fall, the other dominoes should fall accordingly. If he resigns, it would take some highly adept cap maneuvering for Wilson to even keep his current pending free agent players, let alone re-sign any possible trade deadline acquisition. Therefore, it may not make much sense for Wilson to break the bank on a rental player unlikely to be re-signed.

Additionally, shown in our analysis of San Jose’s potential trade deadline chips, there isn’t a whole lot to be offered from the Sharks if they are not (and should not be) willing to part with blue-chip prospect defenseman Ryan Merkley, so acquiring a premium talent is unlikely given both San Jose’s need to re-sign its own key players and lack of high-end trade chips.

Here are three players that the Sharks could plausibly afford to attain who would give them that final push to help the team go over the top. The Sharks could use a middle-six winger in that respect, as Hertl, Pavelski, Couture and Thornton will, in some combination, fill out the top-nine center positions.

Among the best remaining trade targets with Duchene now in Columbus, Artemi Panarin unlikely to be moved now as a result, and Ottawa’s asking price for Stone likely being too high for prospective buyers (along with too high a cap hit that is north of $7 million), Nyquist at a cap hit of $4.75 million would be a welcome addition to San Jose’s lineup if Wilson can similarly send Lukas Radil and Micheal Haley down to the Barracuda and have Detroit retain roughly 15 percent of that contract to have him fit under the cap. Could Wilson attain him for the team’s 2020 second rounder to go along with a Melker Karlsson and Dylan Gambrell? Perhaps. If so, is that package worth it for a rental?

Nyquist primarily works as a playmaker, though he has potted a respectable 15 goals to go along with his 33 assists on a depleted Red Wings team. A third line of Nyquist, Thornton and Labanc can prove potent come playoff time and provide the team with secondary scoring. The 29-year-old Swedish winger could also slot on a line with Tomas Hertl and Evander Kane, pushing Joonas Donskoi to Thornton’s wing with Labanc and subsequently Marcus Sorensen to the fourth line. While the fit would be there with Nyquist, the trade itself seems unlikely given Detroit’s rumored asking price of a first rounder. Still, Wilson would be wise to at least kick those tires.

All signs seem to indicate that the Devils will trade the winger before the deadline. Johansson has only netted 12 goals and 15 assists so far this season, but he’s also missed 13 games this season due to injury and has experience on the Devils’ top line. He only played in 29 games last year, totaling just five goals and 14 points in that span, but also had good numbers with at least 17 goals in three straight seasons before that with the Washington Capitals. Still, for this year, that is a decent stat line on a terrible Devils team. More importantly, this means that in theory he should not cost a fortune for the Sharks to attain.

Johansson can slot onto Thornton’s wing, pushing Sorensen down to the fourth line to drive play with a rotation of Barclay Goodrow, Radil and recent reacquisition Haley. A second round pick along with Melker Karlsson should be enough (partly given that some salary needs to go back the other way with $4.58 million cap hit, and Karlsson’s $2 million cap hit is essentially the only contract on the team worth parting with), but it is up to Wilson to determine how effective he could be on a much more loaded Sharks team.

Given his speed, strong two-way play and ability to drive possession, Johansson presents a reliable option.

It is not a stretch nor an overblown point of concern to state that Martin Jones has not been good this season, a microcosm of which can be seen from his game earlier in the weekend against the Columbus Blue Jackets:

Martin Jones lets in a howler on Pierre-Luc Dubois and it's 4-0 #CBJ. When you're hot, you're hot: pic.twitter.com/37BGXzIZx5

Aaron Dell has not exactly shined in his opportunities, either, and as such, the Sharks could be looking to improve at the goaltending position. Jimmy Howard is a capable goaltender who has rotted in Detroit in the last few seasons with the team’s poor on-ice performances. It may be interesting to consider not only a Plan A rental acquisition of perhaps a package of a pick and Dell going back the other way, but the possibility of Martin Jones himself going for Howard and some high picks and/or prospects.

The 34-year-old netminder has still played well this season with a .910 save percentage and 2.88 goals against average compared to Jones’ .897 and 2.92 with a far more talented San Jose blueline. If the Sharks can get that high-end pick or prospect to come with the deal, given that Jones is young for Detroit and signed through the 2024-25 season, it may make sense for San Jose to pull the trigger, re-sign Howard for about $4 million, given his age, on a two year deal or so, and work in Josef Korenar as the future goaltender of the franchise. This scenario could present an intriguing opportunity for Wilson to consider in the coming day as an unlikely, probably too risky, Plan C possibility. There is also the small caveat of if this move makes sense for Detroit — which it likely doesn’t, given that the Wings will likely look for goaltending prospects Filip Larsson and Keith Petruzzelli to work in soon as their future netminders.

A great Plan B would be to acquire Anaheim’s Ryan Miller for the rest of the season for a mid-round pick if the Ducks bite and if the Sharks aren’t ready to make that Howard-for-Jones risk. But the Plan A of the Sharks offering a swap of Dell, a mid-tier pick or prospect and Melker Karlsson for Howard to 1A-1B it with Jones for the push for the playoffs is ideal.

But as with Nyquist, the Wings are likely looking for a first round pick to come back the other way, so that scenario seems both unlikely and unwise for the Sharks to consider spending that much. And though it seems risky to rely on Jones’ good past playoff performances (sublime in 2016, not the problem in 2017, good in 2018) serving as an indicator that things will get better come playoff time and over the next couple of seasons, Wilson may not have too much of a choice,if the price on Howard is too steep.

(*disclaimer: this is a fun Plan C just to think about. Plans A and B are more ideal.)

So there you have it folks. What do you think of these deals? Who else should the Sharks target, if anyone else? What should the package be? Let’s discuss in the comments.

I’m CheechYou signing off, more confident than I’ve ever been that this is the year Jumbo and Team Teal finally hoist the Cup in early June. Go Sharks.