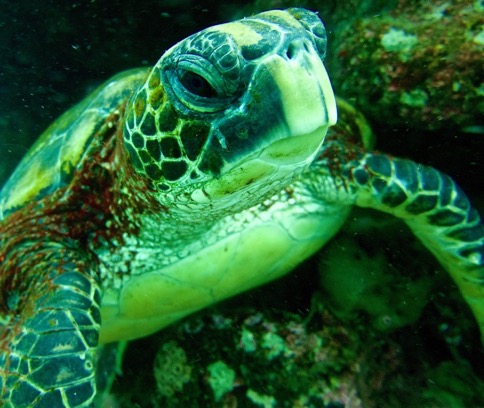 Vote for Clean Swell to Win the Webby Award

The internet is kind of like the ocean—it’s vast, often uncontrollable and filled with creatures that rely on it for their survival. That’s why we were so excited to discover that our fintastic app, Clean Swell, was nominated for a Webby Award!

...loading
Thanks for signing up for Ocean Conservancy emails.

The Webby Awards celebrate the best that the internet has to offer. They honor all aspects of the internet, including websites, social media, podcasts, apps and video. This year, the Webbys received more than 13,000 entries, and fewer than ten percent were selected as nominees. Clean Swell was nominated for the Best Public Service & Activism App.

In case you’re unfamiliar, Clean Swell is the official app of Ocean Conservancy’s International Coastal Cleanup (ICC), which has mobilized nearly 13 million volunteers to clean more than 250 million pounds of trash from beaches and waterways worldwide since its inception in 1986. Clean Swell allows users to record the trash they’ve collected wherever they are around the world and instantaneously uploads that data to Ocean Conservancy’s global Ocean Trash Index, the world’s largest database of marine debris.

Now, we need your help to bring Clean Swell to a whole new audience. Each nominee is eligible for one of two awards: the Webby Award, which is decided by the International Academy of Digital Arts and Sciences, and the Webby People’s Voice award, which is voted on by the public. Voting for the People’s Voice award is open until April 18 and the winners will be announced on April 23.

You can vote for Clean Swell here. Registration is required.

In case you need added incentive to vote for us, we thought we’d let some of our favorite ocean critters speak on our behalf.  Here are five reasons why you should vote for Clean Swell to win the People’s Voice Webby Award:

“I can’t say I know about apps (I don’t have a phone), but I DO know that people can use Clean Swell to record the plastics bags they find on the beach that sometimes I mistake for yummy sea grasses, so yeah, Clean Swell should win the Webby.”

“Sometimes I hang out in whale-y remote areas of the Arctic, and I’ve found human trash even there. Ocean trash is everywhere, so people all over the world should use Clean Swell to collect and track it!”

“I don’t know much about the internet, but I do know about the fishing nets that sea lions like me get caught in all the time. Clean Swell helps humans keep nets from coming into my home, and I think that’s sea-riously awesome.”

“I spend a lot of time foraging for food, and sometimes I think that small bits of plastic look tasty. Last year, Clean Swell users logged more than one million plastic bottle caps collected—that’s one million fewer bottle caps that I might accidentally mistake for a snack.”

“I know a little bit about being online. A couple of years ago, a photo of me holding a Q-tip went viral. While it can be fun being a celebrity, I’d much rather not have Q-tips in my home in the first place. Vote for Clean Swell and send the internet a message about keeping trash out of the ocean!”

Be sure to stay Nep-tuned to the results!

Clean Swell is available for download on the App Store and on Google Play.

The post Vote for Clean Swell to Win the Webby Award appeared first on Ocean Conservancy.

Vote for Clean Swell to Win the Webby Award