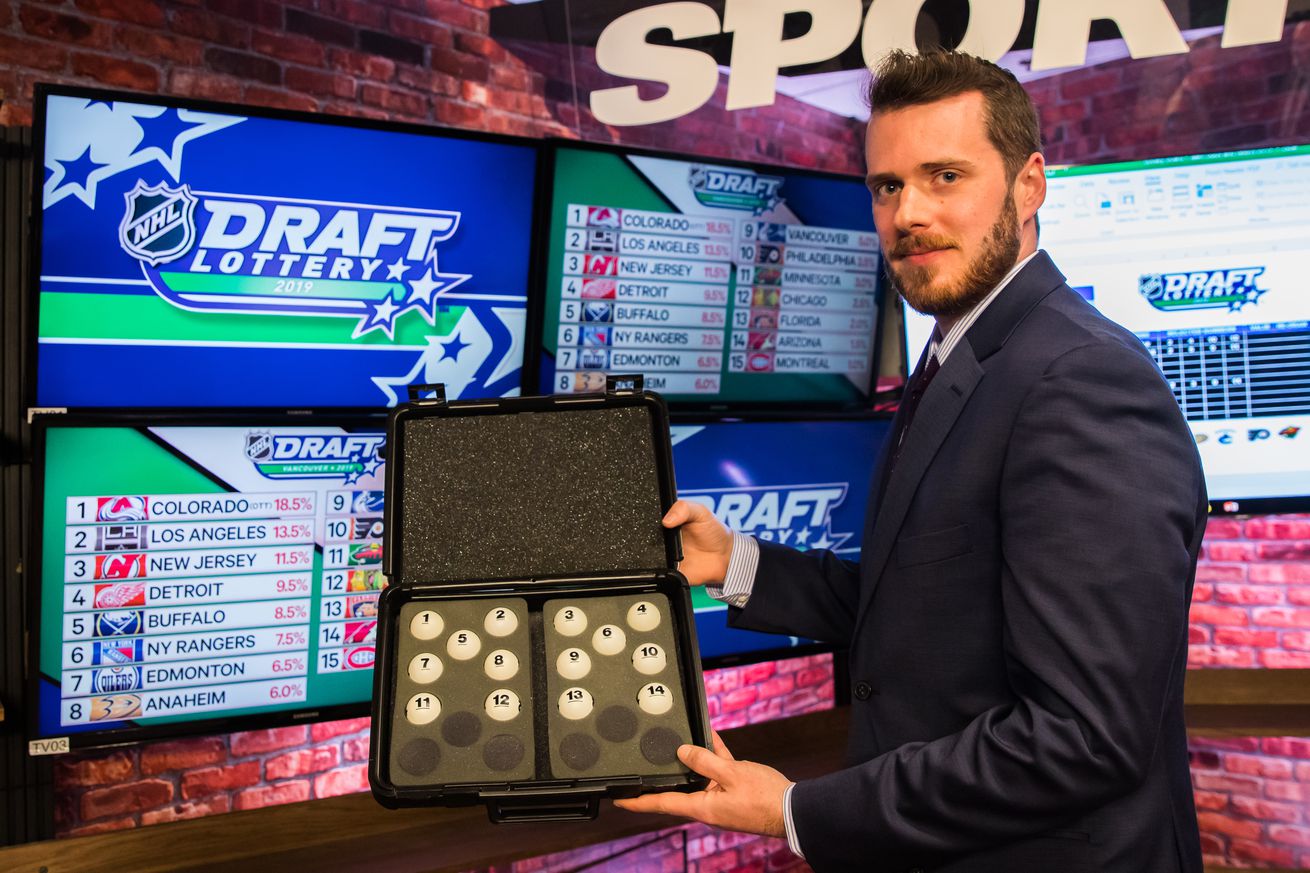 Hey, an actual hockey thing you can watch

For the first time since the NHL paused their season, you can watch some actual live NHL content tonight. While the draft lottery isn’t the most exciting event on the NHL’s annual calendar, it at least is an event.

If you haven’t been following, the league implemented a multi-stage draft lottery that begins tonight. The lottery will ultimately include the seven teams whose seasons are already over plus the eight teams who get eliminated in the play-in round that is targeted to begin at the end of July or beginning of August.

For Lightning fans, the most fun outcome would be to get as many teams from the play-in round as possible. First, because it screws Detroit and Ottawa, which is always good. But second, because that will create the most chaos. For a one of the bottom teams, how would they really want to win that play-in round if they know losing would mean a chance at the top pick?

The lottery will air tonight at 8PM ET on NBCSN in the US with a post show following at 8:30. For more details on the lottery, Bob McKenzie layed out everything in a Twitter thread yesterday.

NHL Draft Lottery goes Friday night at 8 p.m. ET. This year’s lottery is taking place at the @NHLNetwork studios in NJ and @KathrynTappen of @NHLonNBCSports will host the half-hour show. NHL commissioner Gary Bettman and deputy commissioner Bill Daly will be live in studio.

Vancouver officially dropped out of the running as a hub city yesterday. They were unable to come to an agreement with the NHL on the health and safety rules regarding players inside the bubble. Vancouver and British Columbia in general has been one of the best areas in North America at controlling the spread of the virus so them essentially rejecting the NHL’s return to play plan raises concerns about how feasible that plan is. As of now, the most likely hub cities still appear to be Las Vegas and one of Edmonton or Toronto.

Artemi Panarin expressed concerns about the NHL’s return to play yesterday in a statement he released on Twitter. He expressed concern over the hub city decisions but also on the progress toward a new Collective Bargaining Agreement. Specifically, he mentioned the escrow issue, which continues to be a point of contention for players despite the inevitability of the problem in a system with a 50/50 revenue split. You can read his statement at Blue Shirt Banter.

One of the bigger names left out of the NHL’s Hall of Fame list yesterday was again Alex Mogilny. It seems like he’s building momentum and should get in eventually but Die By the Blade broke down why he belongs in the Hall yesterday.

After Pat Lafontaine suffered an injury early in the 1993-94 season, Mogilny was named captain of the Sabres, becoming the first Russian captain in NHL history. He held that honor until the end of that season. Overall, in six years with the Sabres, Mogilny recorded 444 points in just 381 games, including 211 goals. He was a superstar sniper, known for his skill and speed, and his offensive abilities were nearly unmatched. Scoring 76 goals and 127 points in 77 games is an incredible feat even in today’s NHL.

If you have some time for a fun long read and have a subscription to The Athletic, Lightning beat writer Joe Smith wrote about The Hockey Sock Rock, a single released by a group of New York Rangers players in 1979 including Phil Esposito. Joe talked to Phil and others for the article and got the story behind the record.

“Phil was a big Italian tenor, a Pavarotti sort of presence. He had that thing with him, even as a player there was a certain drama to his game, to his personality. I don’t know if ‘effervescent’ was the right word, but he commanded and almost demanded that type of attention.”

And finally, in case you missed it, Justin continued his First Goals series with a look at Barclay Goodrow’s first career goal, which came against the Oilers during the McDavid tank year.

Karlsson drove the play by helping win the puck in the corner and finding the open space in front of the net to set up the initial shot. The Oilers were caught out of position and an unfortunate bounce exposed them, but Goodrow put himself in the right spot to capitalize on the lucky hop.

Lightning fans can look forward to him showing similar instincts once the season boots back up and Goodrow’s first Tampa Bay goal will most likely look somewhat similar. He does have a bit of a history of scoring in the playoffs. In fact, it was just a little over a year ago when he scored a pretty big goal for the Sharks - that is if you consider a Game Seven overtime goal as pretty big.