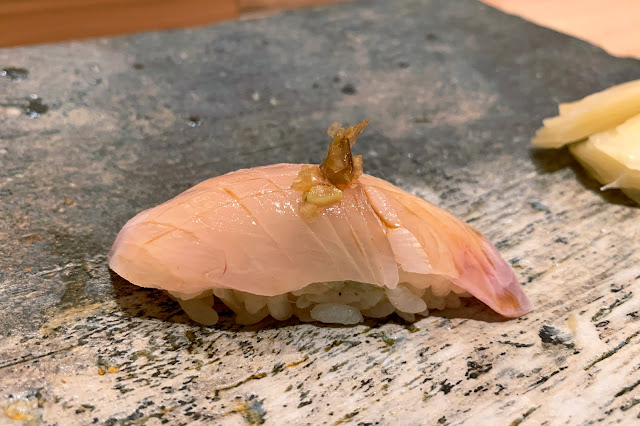 Sushi is always a convenient choice whenever I am by myself and need something quick and nice to eat. And recently I popped by an old favorite of mine at a new location in such a situation. Sushi Sase is probably one of the first, and the last standing, of the earlier waves of fine sushi restaurants in town, starting off in the corner of Lyndhurst Terrace - Hollywood Road junction around 10 years ago by a sushi master from Hokkaido.

The restaurant has since been moved to its current location up on Ice House Street a year ago in an expanded space but with the similar cozy setting featuring a L-shaped wooden counter. Went for the lunch set this time with 12 pieces of nigiri sushi and appetizer, soup and coffee/dessert, and served by a local chef. 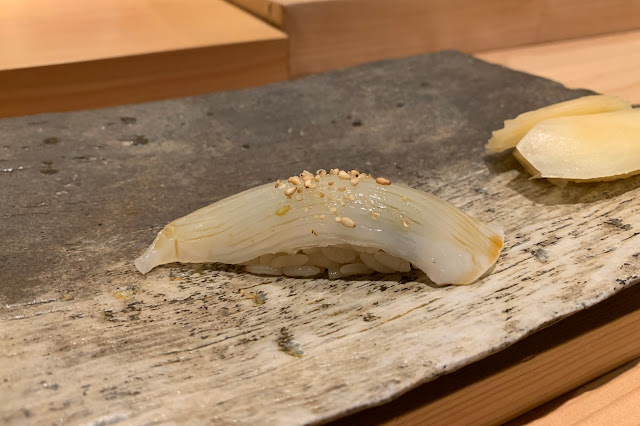 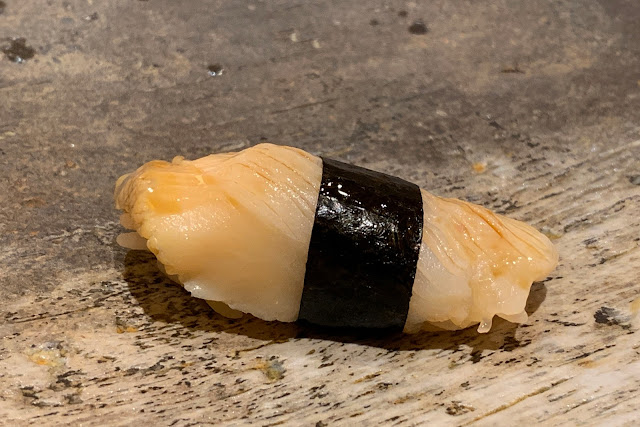 I like the variety being served in quick succession, starting off with the ika (squid) followed by the crunchy and slightly richer tsubugai (sea snails), and finished with uni (sea urchins) and anago (sea eel). Overall there were a few that I thought was alright - namely the tsubugai, hirame (flounder), and aka-ebi (sweet shrimp). They were on par with places of similar caliber. 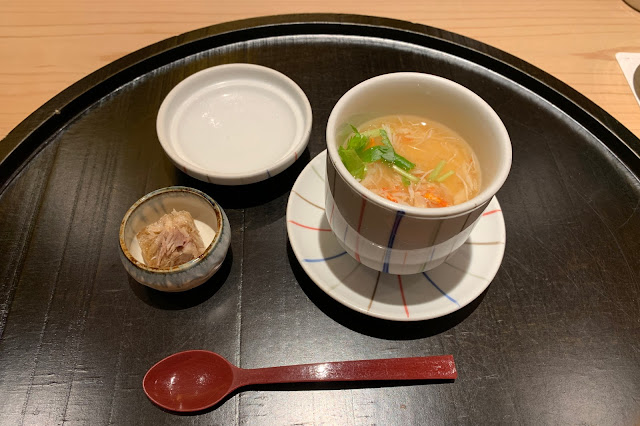 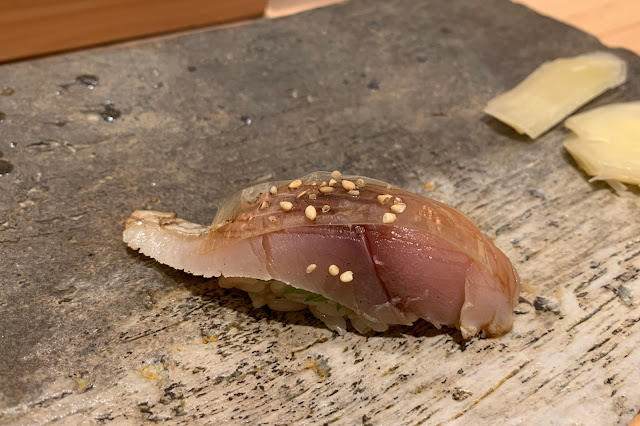 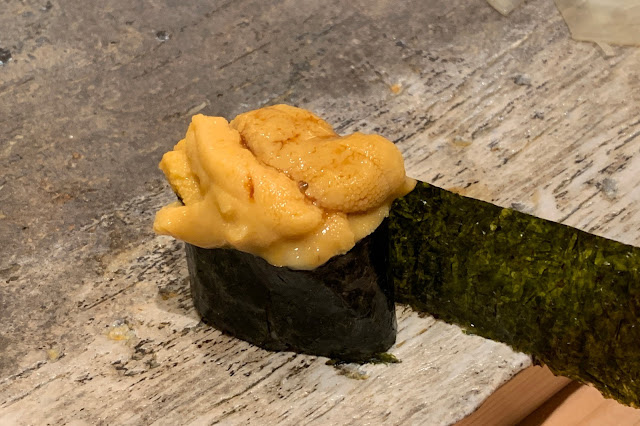 There were some that I particularly enjoyed - the shimaji (yellowjack) with a generous brush of sauce on top, well-balanced flavor and fatty texture; the saba (mackerel) slightly cured and served with the pickled konbu for the firm texture and the right amount of acidity; and also the murasaki uni (purple sea urchin) with the rich umami taste and creamy texture. I also liked the small cup of chawanmushi served in the beginning of the meal - silky texture with plenty of crab meat inside. 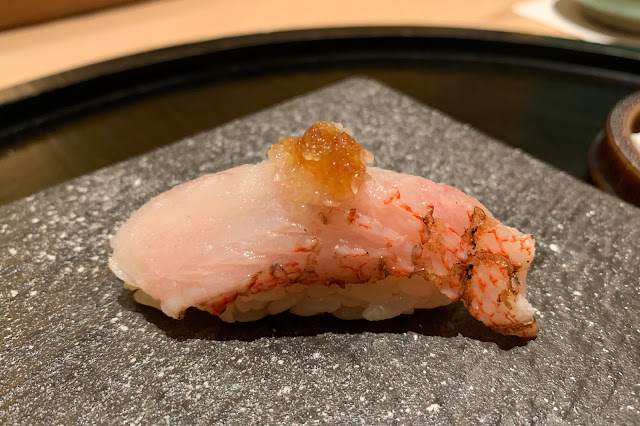 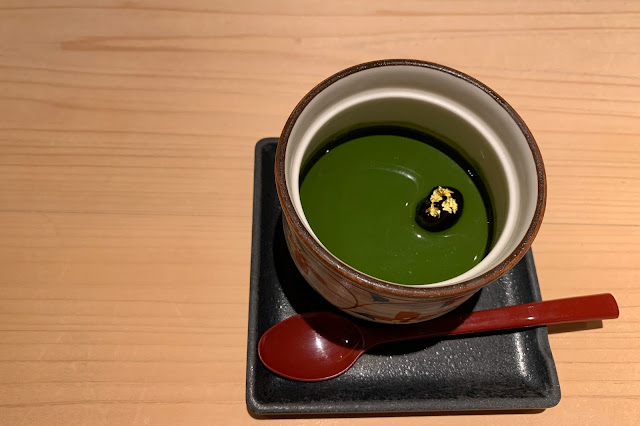 Then there were a couple that I thought missed the mark this time. The ikura (salmon roes) was over-seasoned hence the original flavor was totally shielded; the kinki (scorpian fish) was usually a safe choice here but this time, I thought the skin was over-charred by the blow-torch and left a slightly bitter taste. And I thought the serving side is on the tiny side which also left the meal less than satisfying. I finished with the dessert, which was matcha panna cotta and it was delicious.

Still not a bad choice for some decent sushi, but there were others that have since caught up and probably offer better value these days.