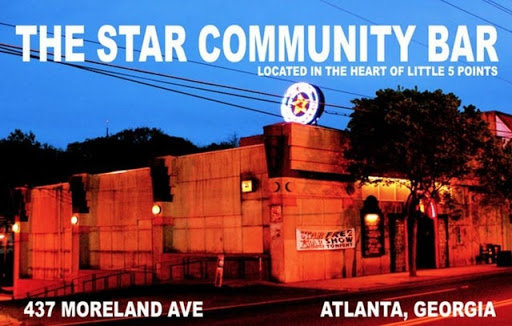 [SHOOT!] Star Bar to Shutter After Nearly 30 Years in Business

Beloved Atlanta bar and live music venue Star Community Bar is slated to close after its New Year’s Eve show, according to a post on its Facebook page. 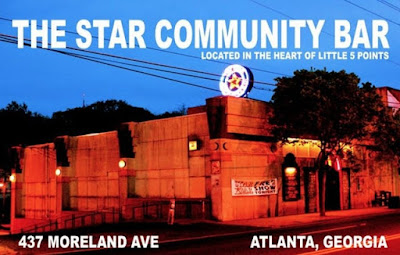 "LAST CHANCE TO PARTY AT THE STAR BAR!
TONIGHT at 1am the cover charge ends and the Fire(water) Sale begins!
ALL liquor drinks and shots $4!
ALL beer, cider and wine $3!
NO COVER AFTER 1am  Last Thursday we got our walking papers. The landlord has decided to rent the space to someone else, giving our employees 5 days to find new jobs. If you know any bars that are hiring please send us a Facebook message. Tonight is your last chance to party at the Star Bar. Let's do it up right. See you tonight!"
Entrepreneurs David Heany and Marty Nolan opened Star Bar on Halloween night 1991 at 437 Moreland Avenue in the heart of Little 5 Points.  The bar occupied a roughly 6,000 square foot space previously home to the "Moreland Avenue Office" of Citizens & Southern National Bank (C&S Bank).
In addition to serving as a venue for local and regional musical acts, Star Bar also hosted weekly comedy and karaoke nights.
Heany and Nolan sold the bar in 2001. Kahle Davis and Susan Pavlin bought the business in 2013. The business was put up for sale in 2016 for $425,000.
As of 2016, the owners were paying $7,500/month in rent. At that time, the bar was signed to a five year lease which ended September 2017.  The listing indicated that the Star Bar owners were guaranteed "first right of renewal."
A source with knowledge of the 2016 sales offering tells ToNeTo Atlanta that the owners pulled the listing, opting instead to continue to operate the business.  It's unclear when or for what term the owners signed a new lease, but with most commercial leases three to five years in length, an abrupt closure less than three years after what was likely a new lease, is a bit odd.
Star Community Bar is at least the third business in less than a week to blame their abrupt closure on not being offered a new lease.  Galaxy Diner near Tucker closed December 29 reportedly due to not being offered a new lease.  Ippolito's Neighborhood Italian will close their Kennesaw restaurant as of January 1 saying "the shopping center has determined that it did not want to renew our lease and has asked us to leave."
Fulton County property records indicate that Bank of America, the eventual owner of C&S, still owns 437 Moreland.  It's not yet known who the "someone else" that the landlord has leased to is or even if they exist or whether it is just a reason given to non-renew Star Bar.
Are you sad to see Star Bar close?  What is your favorite memory at the Star Bar?  What would you like to see open in place of Star Bar?
Please share your thoughts below.
Source: tonetoatl.com

[SHOOT!] Star Bar to Shutter After Nearly 30 Years in Business