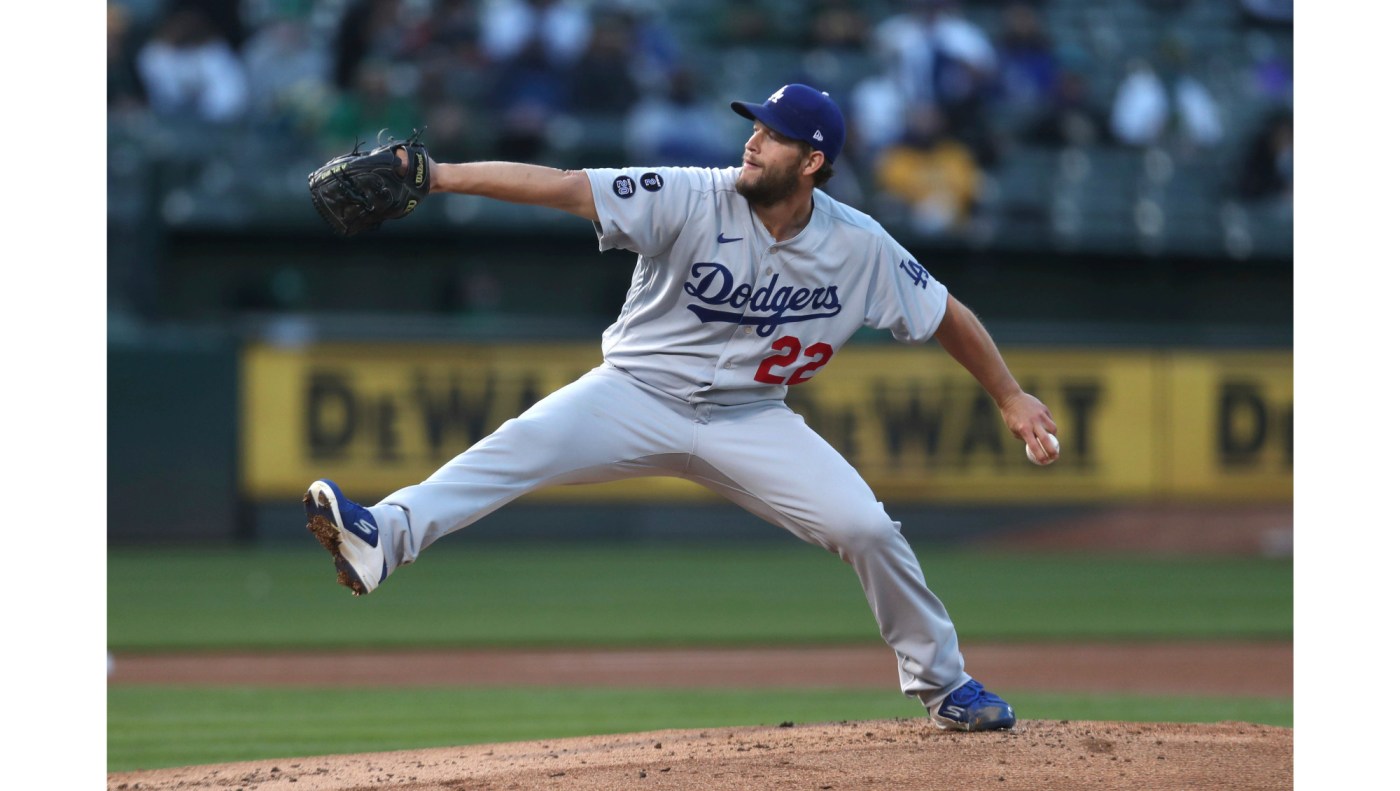 Whatever concerns might have been created by Clayton Kershaw’s clunker on Opening Day, they disappeared into thin air.

Back at sea level in Oakland, Kershaw allowed a first-inning run on back-to-back doubles then retired 20 of the next 22 batters he faced as the Dodgers beat the Oakland A’s, 5-1, Tuesday night.

After giving up six runs on 10 hits in his first start, Kershaw held the hosts to four hits in seven innings to record his first victory over the A’s and first at RingCentral (or any of its previous naming rights incarnations) Coliseum – making them the 24th team Kershaw has beaten in his career and the 26th ballpark where he has notched a win.

In the five-game winning streak that has followed the Opening Day loss at Coors Field, Dodgers starting pitchers have posted a 2.23 ERA and 0.65 WHIP while holding opposing batters to a .139 average.

But back-to-back doubles by Jed Lowrie and Ramon Laureano with one out in the first inning gave winless Oakland its first lead of the 2021 season. At the same time, it furrowed brows and raised pulse rates, coming as it did on the heels of Kershaw’s 10.22 spring ERA and rough opener at Coors Field.

Kershaw cut things short right there, striking out Matt Chapman and Sean Murphy to end the inning already with more strikeouts (three) and more swings and misses (seven) than he had while pitching into the sixth inning in Colorado.

With his slider having regained its bite, Kershaw struck out eight, getting 21 swings and misses in his 91 pitches – 16 on his slider.

A potential bump in the road was smoothed over by replay review in the fourth inning.

Stephen Piscotty launched a high fly ball down the left field line that was initially called a home run then overturned to a foul ball. A replay review confirmed the second call and Piscotty trudged back to the batter’s box and bounced out to shortstop to end the inning.

That continued a streak of batters retired by Kershaw that would reach 12 before the A’s got their fourth hit of the night – a two-out double by Piscotty in the seventh inning.

By then, the Dodgers were nursing a 4-1 lead.

They matched Oakland’s early run with an RBI double by Austin Barnes in the second inning then took the lead with three runs in the third.

After a single by Justin Turner to start the inning, Max Muncy continued to torment his former employers, sending a two-run home run over the right field wall. Two batters later, Edwin Rios launched a 409-foot drive into the seats.

Mookie Betts made it a three-homer night for the Dodgers with a solo shot in the ninth. The Dodgers managed just one over-the-fence home run (that counted) in four games at hitter-friendly Coors Field but have hit five in their first two games at the cavernous Coliseum.

More to come on this story.