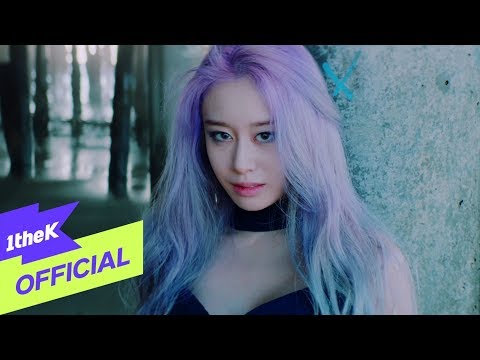 Jiyeon Asserts Her Independence with “Take a Hike”

As part of a still-evolving solo career, former T-ara member Jiyeon asserts her independence and self-confidence with “Take a Hike.” The song falls short of an artistic anthem, but still provides a fun listening experience paired with a colorful music video.

“Take a Hike,” released on December 26, is the lead single on Jiyeon’s sophomore solo EP Senpass, a follow-up to her 2014 debut solo EP Never Ever. Senpass is a compound of “sense” and “compass,” suggesting the importance of emotions in navigating life and highlighting Jiyeon’s growth as a solo artist. “Take a Hike” is more of a dance track than “Never Ever,” Jiyeon’s lackluster solo debut.

As expected, Jiyeon’s voice is uniquely soulful and “Take a Hike” demonstrates her ability as a vocalist. This comes as no surprise, as she is a veteran in the tumultuous K-pop industry with nearly a decade of experience and a career marred by controversy. Jiyeon’s uniquely deep voice complements nicely the playful flute and piano sounds that are layered beneath synth beats.

In the video, Jiyeon flaunts a variety of lavish styles, from a bold and edgy black look where only her red lips can be seen from under a black hat to a bright and colorful pink coat she dons as she sings in front of a vibrant pink sunset. The video’s intense color palettes and lush settings make up for a lack of plot – the video features solely Jiyeon with different backdrops. The lyrics underline Jiyeon’s range:

The second hand of the clock is flowing

I walk on my own path

My heart is as free as the wind.

The brightness of the video and the intricacy of Jiyeon’s styles from scene to scene make for an entertaining and fun video without the inclusion of CGI or fancy camera work. The video enables Jiyeon and the song to be the stars.

As such, the video for “Take a Hike” underscores the song’s theme of independence. The camera follows Jiyeon across scenes as she sings: “I go wherever I want to go / that is my only path.” Unabashedly confident, Jiyeon declares: “I’m just me.” Of course, the “me” to which she refers is variable and in progress, but it is clear that change is embraced by the artist: “Doing the same thing is boring / I will do what I want.”

In the chorus, Jiyeon addresses an ambiguous antagonist through the second person “you.” The lyrics could have a variety of audiences – an unfaithful lover, the music industry, a jealous friend. This variety is reflected in the video’s different settings. For example, in one scene, Jiyeon paints on a canvas. In the context of the song, this seems to be a declaration of her identity as an artist. Another scene features her on a bed, suggesting her identity as a lover. In any scenario, it’s clear that Jiyeon feels the pressure to be someone she is not: “Why do you want me to meet your standards? / You and I are so different.” In response, she asserts her independence, telling anyone who threatens her independence or doubts her vision to “take a hike.”

However, it’s clear that Jiyeon is still emotional about the pressure she faces from external forces. The video shows her upset and climaxes when she throws her paint palette at the easel and jumps into a pool. At once, she reveals her vulnerability to such pressures while simultaneously reaffirming her freedom.

For a music video without a storyline, “Take a Hike” still manages to attract attention through vibrant visuals that match a catchy song. Overall, “Take a Hike” is a fun dance track that experiments well with different sounds popular in K-pop. Though it isn’t likely to be the industry’s next anthem, it has an exciting sound with an equally as colorful video that makes for a fun experience and foregrounds a charismatic and confident Jiyeon.

Jiyeon Asserts Her Independence with “Take a Hike”