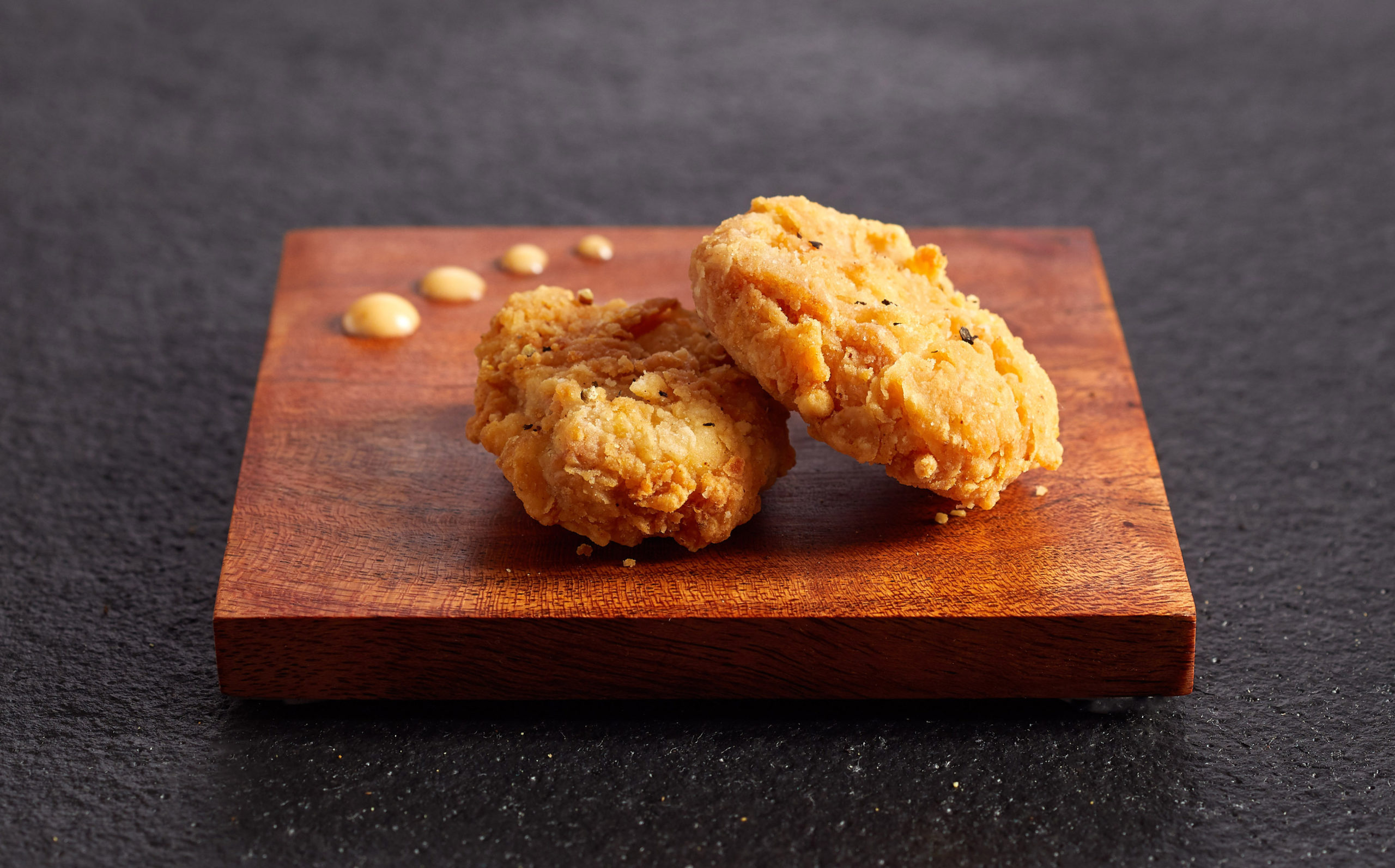 The promise of lab-grown meat is enticing, from an environmental point of view.

Theoretically, lab-grown meat can dramatically cut emissions, can be produced without animal cruelty (or death, really), and can be carefully controlled to limit foodborne pathogens like Salmonella. The movement has hit a major milestone, with a government officially approving a lab-grown meat product for sale. If you want to try lab-grown meat, head to Singapore and order some chicken tenders.

Lab-grown meat has a few different names; the company that received this recent approval, Eat Just, calls it “cultured meat.” Essentially, this product is grown in a bioreactor from stem cells; the stem cells are taken via biopsies from live chickens, and is grown in a medium that can be constructed of any of a number of products. (This first one is from fetal bovine blood, though since the approval process began, Eat Just has moved onto a plant-based medium.)

Those stem cells are cultured and grown into a latticework of muscle, eventually resembling chicken meat, but without the deaths of any actual chickens required. The technology is sometimes referred to as “cellular agriculture.”

Eat Just has gone through a few name changes since its founding in San Francisco in 2011; it was first known as Beyond Eggs, then Hampton Creek Foods, and has been best known for its eggless, plant-based egg replacement.

Non-meat replacements for meat products have proven tricky to make; the particular architecture of protein fibers is a difficult thing to replicate with solely plants. But dozens of companies, from tiny startups to wings of huge agribusiness firms, have jumped on the cultured meat train, seeing it as a potential to replicate meat more accurately than with solely plants. After all, a lab-grown chicken nugget is still, really, made of chicken.

This week, Singapore became the first country to officially approve cultured meat for sale. The product, which will be sold under the name Good Meat, will start out for sale (in the form of chicken nuggets) in a single restaurant, and slowly ramp up expansion to grocery stores in Singapore. At the moment, reports CNBC, the cultured chicken will command prices similar to “premium chicken,” though with scale that price may decrease.

Studies have indicated that cultured meat would generate dramatically lower greenhouse gas emissions than conventional animal farming, along with far less energy use and, of course, a tiny fraction of the land use. (The energy use question relies on the implementation of renewable energy sources like solar, though that doesn’t seem unlikely.) The true differences in environmental effects could be even more dramatic, when the entirety of the meat industry is taken into consideration. Nearly half of the US’s corn crop, and over a third of the worldwide corn crop, is used for animal feed; cultured meat does not require any of that. And monoculture crops like corn are widely associated with environmental problems, including decreased biodiversity, habitat loss, use of fertilizer, and water use.

Eat Just has worked closely with Singapore in the past, having accepted significant investment from a private equity firm to build a factory on the country’s main island.

In the United States, regulation has been slow; the USDA has been very concerned with the labeling used on cultured meat. Eat Just, as a matter of fact, has been the target of lawsuits and ad campaigns from American meat companies and representatives, including Unilever and the American Egg Board. The USDA and FDA announced a formal joint framework to inspect and regulate cultured meat back in 2019, and there does seem to be progress being made, albeit a little slowly. At the moment it’s not clear when any of the companies making cultured meat will be able to sell it in the US, but it does seem like a “when,” rather than an “if.”