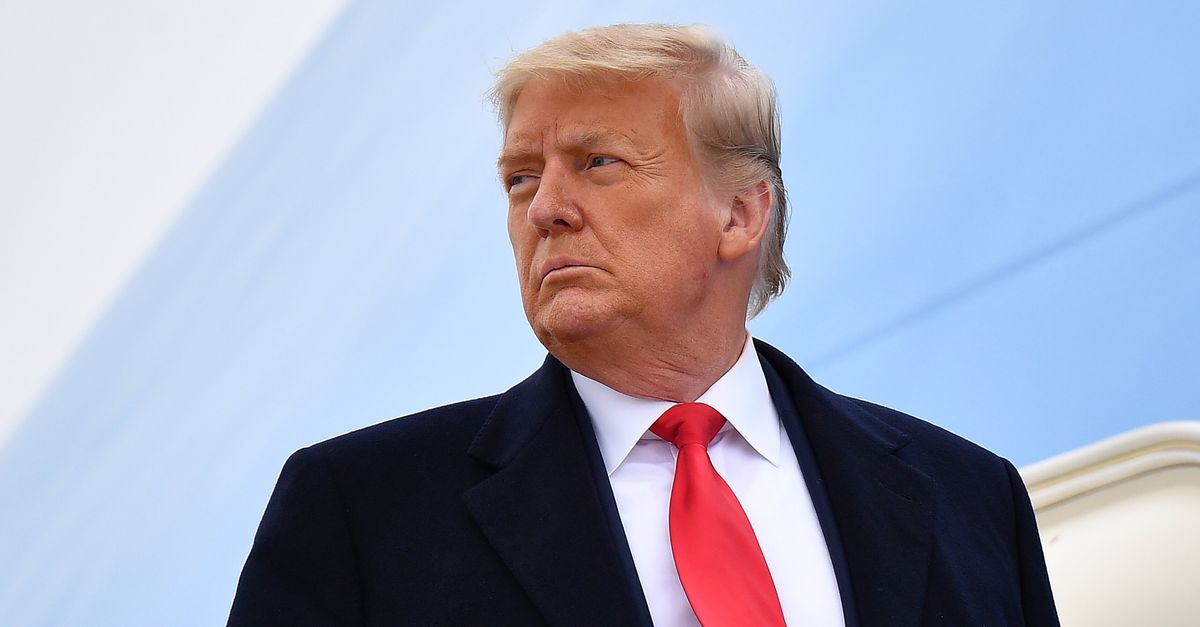 Donald Trump Is Facing These Criminal And Civil Investigations

With former President Donald Trump’s second impeachment trial in the rearview mirror, several criminal and civil investigations into his conduct are coming into focus.

The Senate acquitted Trump on Saturday of inciting the deadly, insurrectionist attack on the US Capitol in early January. But the former president has reportedly expressed concerns about the potential of facing charges related to the riot.

Senate minority leader Mitch McConnell, one of the 43 GOP senators to vote to acquit Trump, said Trump was responsible for inciting the violence and could face criminal prosecution. (McConnell said he voted to acquit because he didn’t believe the Senate had the power to convict a former president, even though the upper chamber voted days earlier that it does.)

Lawyers in the Washington attorney general’s office are reportedly examining the legal viability of charging Trump for the Capitol violence, which resulted in the deaths of five people. What’s more, those injured in the riot and family members of those who died could potentially sue Trump.

On Monday, House speaker Nancy Pelosi announced a 9/11-style commission would be formed to investigate the Capitol attack, including law enforcement’s preparedness and Trump’s response to the violence.

Beyond potential lawsuits tied to the Capitol riot, Trump is being sued for defamation by writer E. Jean Carroll, who says Trump raped her in the 1990s, and he faces criminal and civil investigations on other matters in at least two states.

Here’s what we know about the three investigations.

Trump pressured Raffensperger, a Republican, to “find” votes that would overturn then-President-elect Joe Biden’s win in the state. Trump also appeared to threaten Raffensperger with criminal prosecution if he didn’t cooperate.

The probe will also examine senator Lindsey Graham’s phone call to Raffensperger in November, in which the lawmaker reportedly asked the secretary of state to throw out certain mail-in ballots. Also under review are false claims that Rudy Giuliani, Trump’s personal attorney, made to Georgia state senators.

Willis, a Democrat, sent a letter last week to several Georgia officials, including Raffensperger, instructing them to preserve any relevant documents. She laid out several potential charges that could come out of the investigation, including conspiracy, racketeering and criminal solicitation to commit election fraud. The latter charge is punishable by at least a year in prison if prosecuted as a felony, The New York Times reported.

New York attorney general Letitia James is pursuing a civil investigation into whether the Trump Organization misrepresented its assets to secure bank loans and tax benefits. The assets in question include a sprawling estate in upstate New York and a golf club outside Los Angeles.

A New York Supreme Court judge last month ordered the Trump Organisation to turn over documents as part of the probe. A spokesperson for James’ office told Reuters earlier this month that the organisation complied with the ruling.

James has left open the possibility that the nature of the investigation could change if her office uncovers any potential criminal conduct.

“There is a possibility that there might be a criminal probe similar to that which is currently being conducted” by Manhattan district attorney Cy Vance, James told NY1 last month.

Vance’s office in recent months has accelerated its criminal investigation into the Trump Organization for possible insurance and tax fraud, multiple people familiar with the probe told Reuters.

The US Supreme Court is expected to rule in the next few weeks on whether Vance’s office can obtain an eight-year period of Trump’s tax records.

“If I were [Trump] or his attorneys, I would be very worried about the New York authorities and then the Georgia authorities,” Ryan Goodman, a professor at New York University’s School of Law, told CNN on Monday. “I think he’s in serious jeopardy.”

Donald Trump Is Facing These Criminal And Civil Investigations