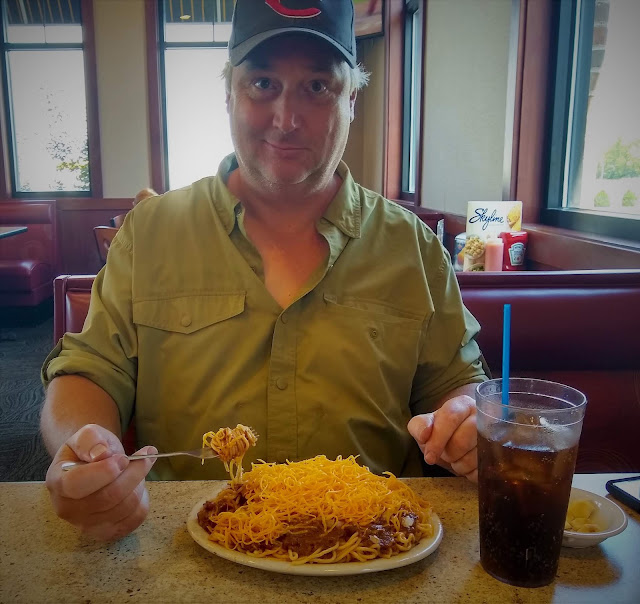 My first escape of 2019 was to Boise, Idaho where I spoke at a trade show. I was invited to visit Idaho Botanical Garden by their young and dynamic staff--and we strolled the Lewis and Clark Garden where I photographed the Sacajawea Bronze, little suspecting that I'd be visiting her grave (which I neglected to photograph) a few months later at the Shoshone/Arapahoe reservation near Riverton....

We love visitors, none more than Thesa Callinicos, who I've adopted as my Greek-African sister (her family hails from Ithaca--is that not cool!?--and she grew up in Johannesburg). She gave me the contemplative gnome sculpture (admiring a flower) as a gift. Which now holds pride of place in our dining room!

At the end of February Jan and I went to Vancouver where I spoke to the Alpine Garden Club there, and also to the Hardy Plant Society Conference at the very cool Space Center...we were hosted by David and Wendy Sellars, whose private garden is certainly in the top rank in the Alpine Garden world. He specializes in Saxifrages which were very very late this year (an extremely cold winter for British Columbia) but one hybrid was nevertheless starting to bloom.

Jan had never been to Vancouver, and was impressed with the fantastic combo of Sea, Mountains and very sophisticated city.

A few weeks later I attended a special Denver Botanic Gardens' board meeting in Phoenix: hearing it was a "superbloom year" I left a day early to scout out a spot that Jan Emming tipped me off to near Peridot on the San Carlos Indian Reservation east of Globe. It did not disappoint!

The meeting was held with board from the "other" DBG (Desert Botanic Garden) which hosted us for a wonderful party.
From Phoenix I flew to Chicago, where I met James McGee--the most faithful commentator on my blog: I was delighted to see his garden, although the season in Chicago on my Birthday was still wintry, it was a thrill to find Skunk Cabbage (Symplocarpus foetidus) blooming in one of the nature reserves we visited,
The reason for flying to Chicago was to drive from there to Niles, Michigan where I spoke at a symposium at Fernwood Gardens. The director there (Carol Line) launched her horticultural career at Denver Botanic Gardens: she's invited me twice now to Fernwood--a fantastic garden (I'd never seen sweeps of Winter Aconite (Eranthis hyemalis) as I saw there on this trip.

Thence I flew to Virginia where I was hosted by Brent (and Becky) of bulb fame: they'd invited me repeatedly to visit over the decades, and this was an optimal time to do so: three resplendant days in Gloucester at peak bloom for daffodils (and camellias) did much to raise my winter weary spirits.

From there I was fetched by James and Daniel Weil and taken to Washington where I spoke to several groups, and reveled in the glorious spring blossoming of Cherries. Above at Dumbarton Oaks (my first visit to that fantastic garden) and later at the National Arboretum.

Seeing the Capitol Columns (the Russell Page masterpiece) always tugs on my heartstrings. It is a tragedy that this fantastic garden, with such extraordinary director, staff and history, is held in thrall by the wretched politics of the USDA.
We also visited Brookside Gardens in Wheaton, Maryland. I have long admired this gem of American Public gardens. Meeting Phil Normandy (left) was a gold star occasion for me. He has been the mastermind of its plantings and design for even longer than I've worked at DBG. On the right I spent several days traveling with (and speaking alongside) Aaron Floden, who's quickly become one of the supreme botanist/horticulturists of North America. Meeting and spending time with the likes of these is something I live for!

Here is James Dronenburg showing off Chrysosplenium macrophyllum, an utterly anomalous herb from China I'd wanted to see for decades. He also gave me one, which I may have killed--but the other gems I got from him are very much alive!

Hard to believe a week later I drove hundreds of miles to speak at a fantastic garden symposium in Riverton, Wyoming. I knew this delightful woman lived nearby (we went to High School together and reconnected at our 50th in 2018). She has been a champion of First Nation Americans, and just published a book I must seek out and buy. Seeing her ranch and driving around the reservation and meeting some of her native American friends was a dream come true...

I came back to manzanita in full bloom by my front door, my garden in full spring swing!

And what a treat to find myself in Athens barely 10 days later gawking at this enormous Dittany of Crete in Eleftherios Dariotis' (a.k.a. Liberto Dario) incomparable "goat garden".

We also grow Salvia multicaulis, but ours doesn't color up so nicely!
There's Lefteri (yet another name for him) with my beloved first cousin Eleni Kornarakis. Days I shall treasure forever.

Eleni drove me onto Mt Hymmetos, where I photographed this fantastic Euphorbia acanthothamnus.

I spent the next few weeks with a dozen and more of the most wonderful friends in the Greek Isles with unprecedented superbloom! I can't begin to show it off properly. So I shant! I shall blog about it anon...

From Greece I came back to Philadelphia, and here is one of the supreme native monocarps (Hydrophyllum appendiculatum) which I have yearned to grow, and which carpeted the better part of a quarter acre at Chanticleer--the great garden in Wayne, Pennsylvania.
Attending the fantastic North American Rock Garden Society's study weekend, we toured a half dozen spectacular private gardens. This ladyslipper was growing at Charles Cresson's gem of a garden.

I came back to a tsunami of color in Denver: here's just one example, the huge mounds of Monardella macrantha at Chatfield Farms.

Not long thereafter I was on a three week tour to Southwest China and Tibet--which were in peak bloom as well. This Nomocharis aperta (which we saw again and again on the trip) was one of countless highlights...

We visited Tianqi lake near Shangrila in 2018. How lucky to go back yet again--finding many new plants and having this picture taken to prove I was there!

One of a half dozen ladyslipper species we saw on this trip...(Cypripedium macranthum)

I was afraid I'd missed the superbloom of Colorado's mountains--but it thoughtfully delayed long enough to see masses of high summer bloom around Gothic where I led a four day field trip in August.

Even Ohio obliged by having Magnolia grandiflora rebloom at the Spring Grove cemetery when I flew to Cincinnati for a fantastic Symposium sponsored by the botanic garden there...

Here is Scott Beuerlein, Public relations whiz at the botanic garden, organized the conference. He took a whole day afterwards (when a mere mortal would have been prostrate with exhaustion) to show me around Cincinnati--which impressed me enormously. I wish Denver had preserved a fraction of its history that's been lovingly maintained at this great Ohio River city. Here Scott is teaching me about "Cincinnati Chile" which is basically a Greek spaghetti developed in the city, and which is a popular local dish (most visitors find it too rich--but not me: I loved it!).

Back to Philadelphia for a Perennial Symposium sponsored by Longwood Gardens, Chanticleer, Pennsylvania Horticultural Society and the Scott Arboretum of Swarthmore College. The agaves on the wall of the great ruin at Chanticleer were one of hundreds of wonderful vignettes I saw there...
I was dazzled by the refurbished fountains at Longwood Gardens. I was horrified to hear they cost nearly 100 million dollars to restore...but after seeing them, I don't begrudge the cost. That would be chump change to a Grade B movie--and these fountains will dazzle far more people far longer!

The Conservatory was perfect as always, under the baton of Karl Gercens (pronounced "Karl Ger-sens). He was miraculously there, and recognized me and we had a wonderful chat. He's renowned on the horticultural followers of Facebook for his unbelievable travel schedule (I'm a stay-at-home compared to Karl!). I hope Longwood realizes what an inspiring ambassador they have in him. I don't know how he does it, but I'm glad he does!

A few weeks later I was following giant footsteps of Adam Black here and there around Southeast Texas (he'd invited me for a lecture tour and a session on Central Texas Gardener TV.) This Pleopeltis polypodioides on Monument Hill at the Kreische Brewery State Historic Site near Houston was one of innumerable wonderful things he showed me on this magical sojourn...

A quick jaunt to Santa Fe in mid-December for the birthday of my dearest childhood friend gave me an opportunity to drop in on Sam Hitt's incomparable garden I've blogged on repeatedly. This reddish stained Acantholimon caught my eye (and plucked my heartstrings)...

One of the last botanical discoveries of the year was finding masses of Dudleya virens ssp. virens on a roadcut near where we stayed in Palos Verdes Estates last week...

The last few days of the decade saw splendid sunsets, like this one photographed from Jan's cousin's exquisite home where we stay when we visit every Christmas.

Have a fantastic New Year, and may we all see 20/20 in 2020 and let's boot the crooks and criminals out once and for all!
Source: prairiebreak