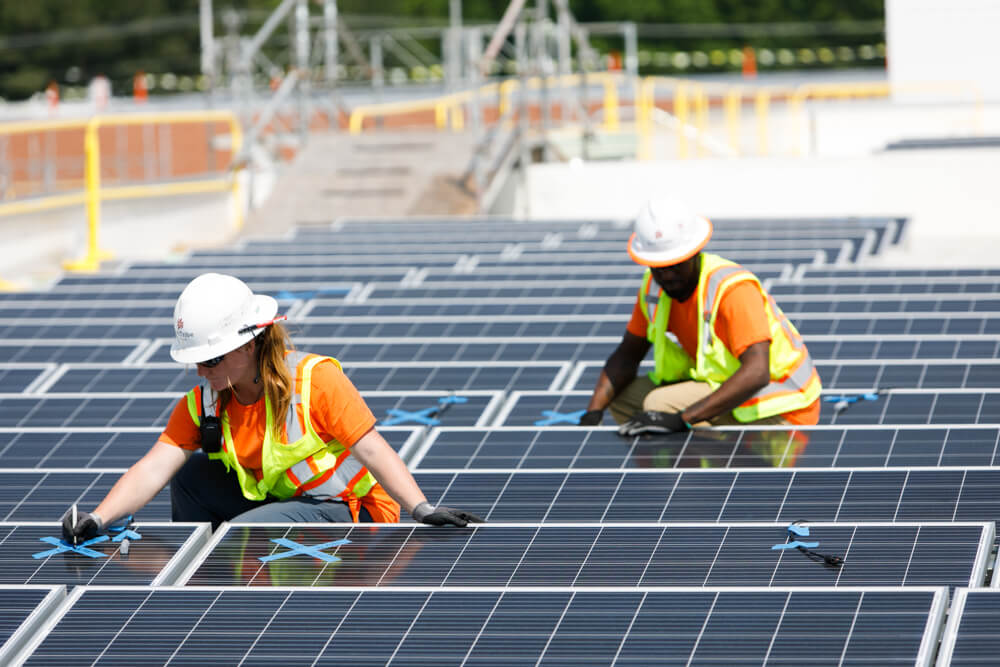 Legislation aiming to remove roadblocks that have prevented schools and local governments in Southwest Virginia from accessing solar energy through contracts with renewables companies has sailed through the House with no opposition and will come before a Senate panel this week.

House Bill 2034 from Del. Chris Hurst, D-Montgomery, would clarify that nonjurisdictional utility customers — a term used to refer to entities like local governments and public schools that don’t fall under the jurisdiction of the State Corporation Commission — are allowed to participate in pilot programs enabling them to get solar power from companies other than the utility in whose territory they are located through power purchase agreements.

The measure passed the House Friday on a unanimous vote. A companion bill, Senate Bill 1420 from Sen. John Edwards, D-Roanoke, is also moving through the Senate and will go before that chamber’s energy subcommittee Wednesday.

“There are numerous ways in which the coalfield region is at a disadvantage in attracting clean energy jobs and solar energy installations, and this bill removes a significant barrier for us,” Chelsea Barnes of environmental and consumer advocacy group Appalachian Voices told the House Labor and Commerce Committee on Jan. 18. “Dickenson County schools, Wise County schools have all been blocked for three years in pursuing solar installations on their buildings, and this legislation will help remove that block.”

Power purchase agreements, or PPAs, are a popular tool for customers who are interested in solar but cannot pay the upfront costs of purchasing panels. Under a PPA, a developer installs solar panels on customers’ property and then sells the energy back to them, usually at a lower price than that charged by the utility.

The tool has been particularly appealing to school systems and local governments, which are attracted by potential reductions in electricity costs but as tax-exempt entities cannot take advantage of federal tax credits to purchase panels.

Utilities, however, have long been wary of PPAs out of fear that as some customers begin getting their energy elsewhere, costs will be shifted to an ever-smaller pool of customers. Consequently Virginia lawmakers placed caps on the pilots: 50 megawatts in Dominion territory and seven in Appalachian Power territory. After the Dominion cap was reached in January 2020, shutting down further enrollment in the program, the Virginia Clean Economy Act raised the caps for both utilities and expanded the pilot to Old Dominion Power, a subsidiary of Kentucky Utilities that serves about 30,000 customers in Southwest Virginia.

Despite that move, however, the PPA pilots have failed to gain a foothold in Southwest Virginia, where only six schools have enrolled in the program, compared to more than 100 in Dominion territory.

A big reason is a contract Appalachian Power signs every three years with public authorities in its territory. Provisions in that contract have effectively barred public schools and local governments from taking advantage of PPAs. As first reported by The Roanoke Times, however, the utility announced Friday it had reached a resolution with the public authorities, which are represented in negotiations by the Virginia Association of Counties and the Virginia Municipal League. The terms of the contract have not yet been disclosed.

Appalachian Power spokesperson Teresa Hall said in an email that the utility is “neutral” on Hurst’s and Edwards’ bills.

Old Dominion Power, meanwhile, has argued before the State Corporation Commission that the solar PPA pilot program only applies to jurisdictional customers, saying that if the General Assembly had intended for the program to apply to both customer classes, “it would have explicitly provided” for that. The utility did not respond to a request for comment by press time.

According to Hurst, the proposed legislation would clarify the General Assembly’s “legislative intent” to extend PPAs to all customers, including public schools and local governments.

“We believe that the time is now to ensure that municipalities and public schools have access to PPAs, which could result in saving taxpayer money … during a time when we all know government budgets are especially tight,” said Hurst on Jan. 18. “It’s a simple bill with what I think would be large positive consequences.”