It’s my favorite month of the year, February aka Black History Month. The one month a year where we are given free range to be extra blackity-black and act up (no city girls).

While many people are writing think pieces on why Black History Month no longer needs to be a thing or complaining about the month being the shortest of the year. I’m focused on celebrating my blackness. IIf we actually look at the history of BHM it was never for white folks, it was for US. It was to educate and celebrate blackness and our history. And A LOT of people fought their ass off to make BHM a thing and if y’all bothered to read, you would know why February was chosen and it has nothing to do with the number of days. Anyways, I actually made a video on the history of BHM, so if you’re interested in learning about that, check it out on YouTube.

In the meantime, one thing I hate about the BHM narrative is the same people being highlighted, MLK, Rosa Parks and Malcolm X. Look they were great leaders, no doubt. But A LOT of other amazing black leaders exist that deserve attention. So, today, I wanted to share with you some of my favorite black people both current and past that have had an impact on my life, personally. 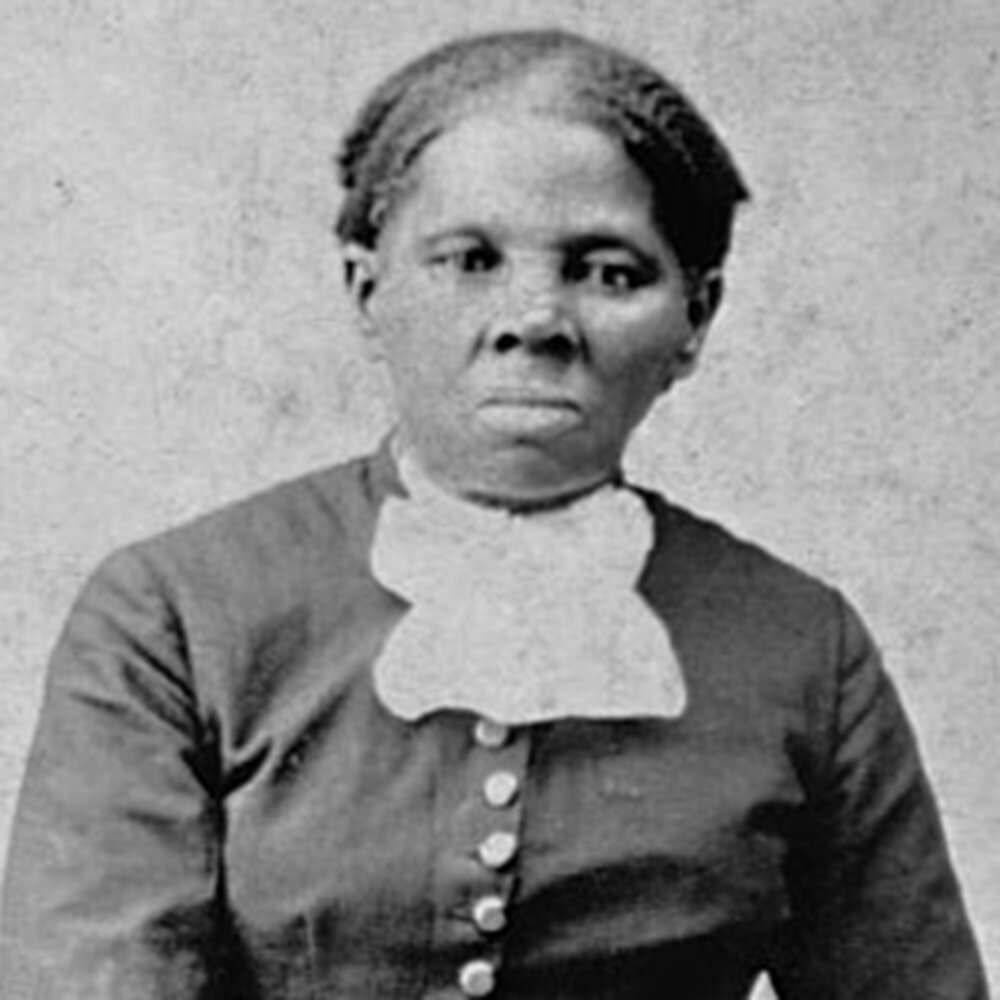 Those of y’all who have been following me for awhile know that I absolutely STAN for Madam Harriet Tubman. To me, she is one of my favorite people in history periodt. Growing up, I always heard the same ol’ edited down story of how she led slaves to safety and that was cool and all, but it wasn’t until I was an adult that I learned about all the shit she did before and after that. Like sis was out here squaring up to these slave masters at the age of EIGHT. At eight I was still tryna figure out why “vacuum” is spelled with two U’s and she was over here taking a 10 pound weight to the head to defend grown ass black men. Not only that, but while she was freeing slaves, she didn’t play no damn games. She wasn’t here for that weak nonsense, slaves that would get scared and chicken out she would threaten to kill with her pistol she kept as they posed a threat to the entire group. Even after her slave rescuing days, she served as a spy for the Union and helped them win the war. After that, in her older age, she opened her home as a form of a shelter for newly escaped/freed slaves that made it to the north. She allowed them to stay and work with her until they got on their feet and could make it on their own. She was grade A badass and I aspire to be half as brave as her one day. 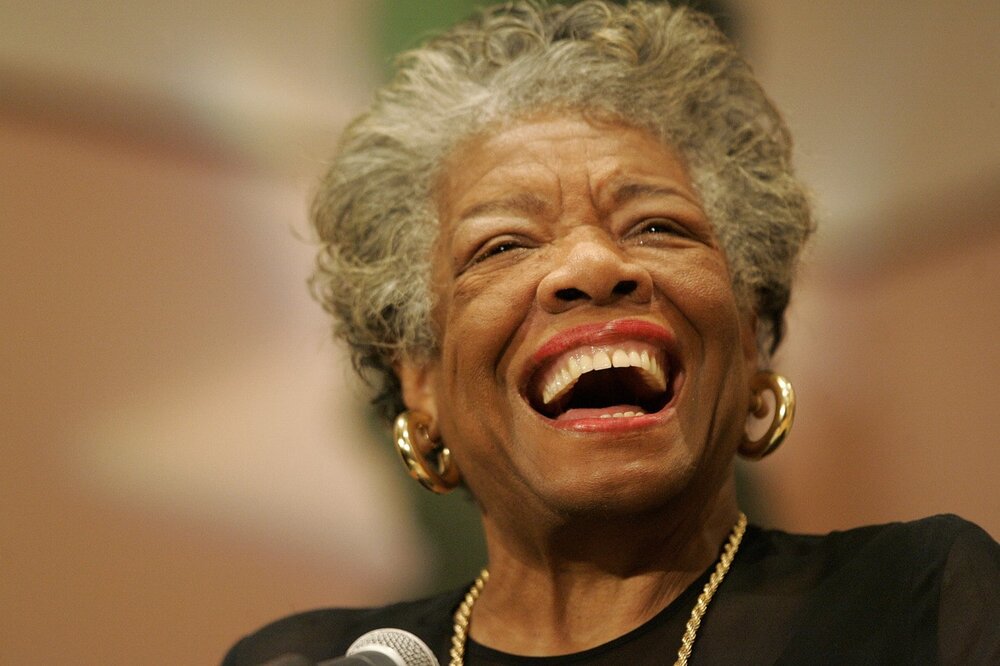 Maya Angelou was the first “celebrity” death that really hit me hard. I felt like my own aunt had died. Maya Angelou was one of my earliest introductions to black womanhood. We read some of her short stories and poems in AP English and I was instantly hooked. Her story fascinated me. She was a sexual assult survivor, a sex worker, didn’t speak for several years due to her truama, and she turned to writing to express herself. She was also one of the first black american women to publish a memoir talking about a shitty upbringing. Women, especially black women, weren’t really allowed to do that. Though I didn’t experience half the things she did growin up, I did many times feel like I didn’t have a voice and writing was my safe space. Reading her work, both on her own life, and her poems made me realize that black women really can overcome just about anything. She became one of the most prominent writers in history despite a horrible start in life. “Still I Rise” is still my favorite poem of all time and I recite it to myself whenever I start to feel defeated. 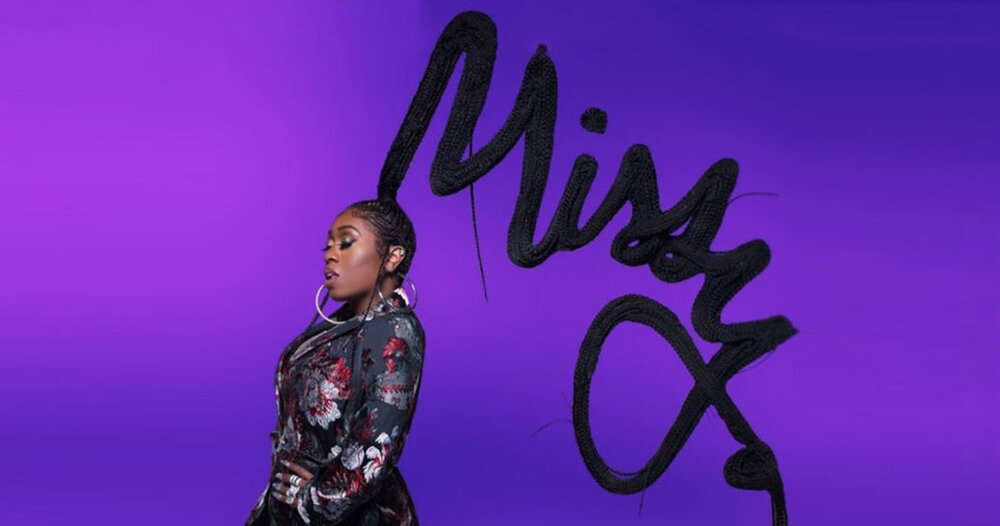 Now if you have been following me for more than 10 minutes, you know that I am a hardcore Missy ‘The Misdemeanor’ Elliott stan. I will physically fight you over her. I’ve legit ended friendships over Missy disrespect, so don’t try me. I wrote a piece a while ago on why Missy means so much to me, but to recap, much like Maya Angelou. Missy was one of the first times I ever saw a representation of myself in the media and even more so in hip hop. Female rappers in general have influenced my life so much, but Missy especially meant so much to young me because she was everything black women weren’t “allowed” to be. She was dark skin, fat, sex positive, empowered and uplifted her fellow women in music. Produced better than most the male rappers, rocked short hair and bright neon colors, wore “masculine” clothes instead of dresses and more feminine stuff and I identified with all of it. I was a bigger dark skin girl who never felt super feminine, I liked to wear tracksuits, pants, overalls etc opposed to dresses and heels. I still to this day, love wearing bright obnoxious colors that show off my darker skin vs. more nude tones, and I like Missy, often find myself going head-to-head again men in male dominated industries. I remember tearing a photo of Missy out of a magazine and bringing it the hairstylist and asked her to make my hair look just like hers. I remember sneaking out of bed at night to watch MTV waiting for her videos so I could learn the choreography. It was Missy who inspired me to start dancing at the age of 6. I still take classes today all thanks to having someone who looked like me doing those things I always wanted to do but was told I wasn’t “supposed” to. On top of all that, she’s just fuxin talent at music. The music and videos she released 20-years ago look and sound like stuff these new kids are just now doing. Her music videos and choreography are absolutely iconic and so creative they can never be duplicated or recycled. I will stan Melissa till the day I die and even after I die, in heaven, I’m telling Jesus to put “Work It’ on the loudspeakers or I’m on the next shuttle to hell where we can listen to good music. 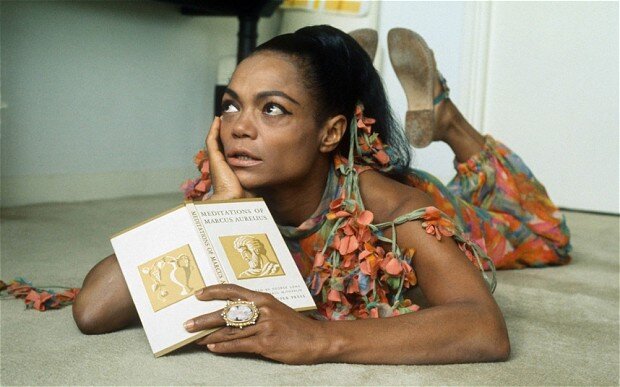 Eartha is a woman I came across later in my life. Interestingly enough I found here through that viral clip where she’s asked about compromising for a man and she open mouth cackled for a good 15 seconds, calls the interviewer, “stupid” and laughs again.. After seeing that, I was like “I need to know everything about this woman”. And learn I did. From the second I started researching, I was in awe of her work and what she stood for.

I mostly resonated with her bravery to just say what she thought. She stood in the white house and said to President Lyndon B. Johnson that he was sending the best of our country to basically be slaughtered. “The children of America are not rebelling for no reason. They are not hippies for no reason at all. We don't have what we have on Sunset Blvd. for no reason. They are rebelling against something. There are so many things burning the people of this country, particularly mothers. They feel they are going to raise sons – and I know what it's like, and you have children of your own, Mrs. Johnson – we raise children and send them to war.”

It’s reported she made him cry, and as a result she was blacklisted by the CIA. Do you know how much of a bad ass you need to be to make a president burst into tears and get the CIA on your ass? Honestly, GOALS. On top of all her activism, she was an amazing performer and she gave us Yzma from Emperor’s New Groove which honestly is the best Disney villain on all time. 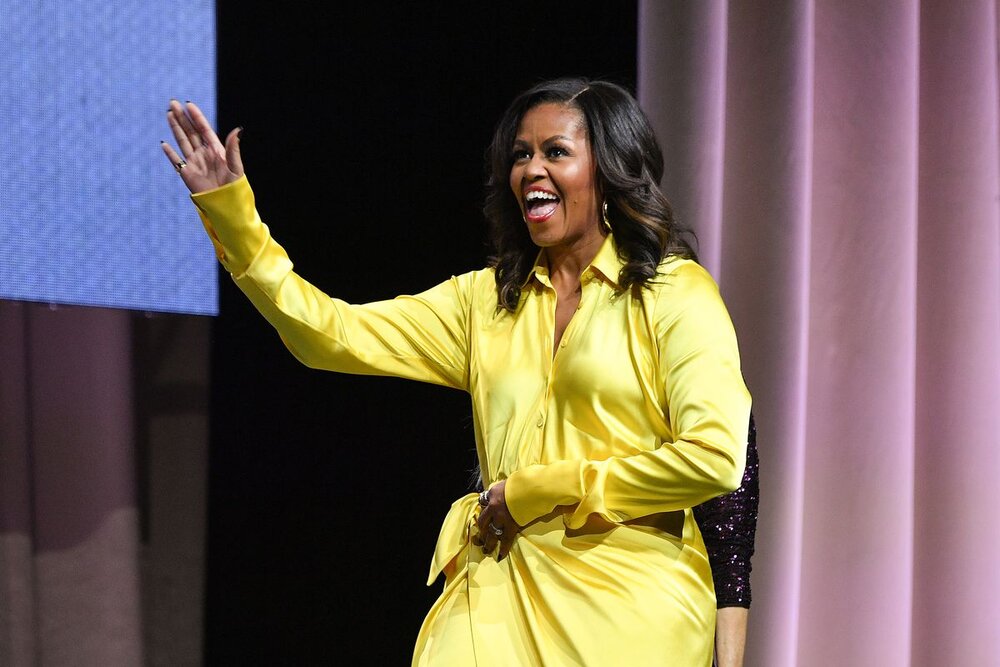 Of course we can’t talk about influential women without First Lady Michelle Obama. Like most black folks, I never thought I would live to see the day we had a black couple in office. The first election I was able to vote in was the Obama’s and I felt proud as fuck to be able to vote for a black president. But history making legends aside, how Michelle Obama handled herself and the bullshit her family went through while in office is what really moves me. This woman dealt with so much racism every single day of being in office and had her children constantly attacked publicly and she sat there poised, and had to pretend to be un-bothered. She never cracked under pressure, she never let this white supremacist country see her stress. I couldn’t do it. Those ain’t even my kids and I as ready to box people who were talking shit about them all the time. Remember when everyone lost their shit because Malia smoked a cigarette? Meanwhile y’all white presidents kids are out here doing crack cocaine and no one says a word. Remember was that news anchor said Michelle looked like a Gorilla? Remember when black ass Raven Symone said she looked like a monkey? Chilleeee, the ass-whoopings Michelle deserves to hand out are endless, but instead, she comes up with some inspiring ass shit like “when they go low, we go high” and carries on being great. Ugh. I can’t. Reading her biography, “Becoming Michelle” brought to light even more of her background and the struggles she overcame to get where she is today and I just don’t know how can’t be inspired by her story.

I could truly go on all day about the amazing black women that exist and inspire me, but I know y’all ain’t gone read all that, most of y’all probably ain’t even make it to here. But for those of you who did, I hope you go look up more influential black people in history, and I want to know what black people have inspired you and your family.

Los Angeles, I’m producing my first live event in March. Check out details for my Adoptees of Color panel in March.

Look y’all we are creating and bearing our souls for FREE.99. Teachers get paid, if any adoptee has ever helped you learn anything, please give a couple of dollars to support them. These websites, domains, camera equipment, etc ain’t free and we still got regular bills to pay on top of that. Support your creators 2020.