For the past two months, healthcare data breaches have been reported at a rate of 1.5 per day – Well above the typical rate of one per day. In June, data breaches returned to more normal levels with 30 breaches of more than 500 healthcare records reported in June – 31.8% fewer than May 2019.

The increase in exposed records is due to a major breach at the dental health plan provider Dominion Dental Services (Dominion National Insurance Company). Dominion discovered an unauthorized individual had access to its systems and patient data for 9 years. During that time, the protected health information of 2,964,778 individuals may have been stolen. That makes it the largest healthcare data breach to be reported to the Office for Civil Rights so far in 2019 – At least for a month until entities affected by the breach at American Medical Collection Agency report the breach.

9 of the ten largest healthcare data breaches in June were hacking/IT incidents and the top six breaches involved network servers. Three email security breaches and one improper disposal incident round out the top ten.

The Year So Far

As you can see in the graph below, 2019 is shaping up to be a bad year for healthcare data breaches. In the first 6 months of 2019, the records of 9,652,575 Americans were exposed, impermissibly disclosed, or stolen. That is already almost double the records exposed in 2017 and last year’s total will soon be exceeded. The data breach at American Medical Collection Agency has yet to appear in the figures below. That breach alone will raise the 2019 total to almost 35 million healthcare records. That’s more healthcare records than were breached in 2016, 2017, and 2018 combined. 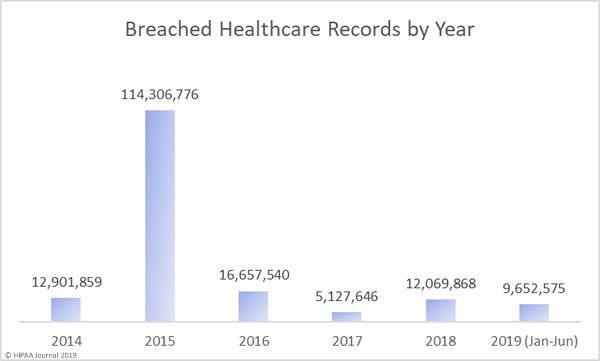 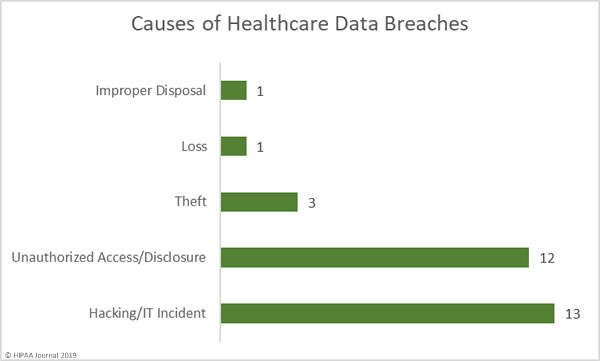 Phishing attacks are continuing to cause problems for healthcare providers, but so too is ransomware. There was a sharp increase in ransomware attacks in Q1 and the trend continued in Q2. Ransomware may have fallen out of favor with cybercriminals in 2018, but it appears to be back in vogue in 2019. Email is usually the most common location of breached PHI, but there was a fairly even split between networks server and email incidents in June. The rise in ransomware and malware attacks in June account for the increase in network server incidents. 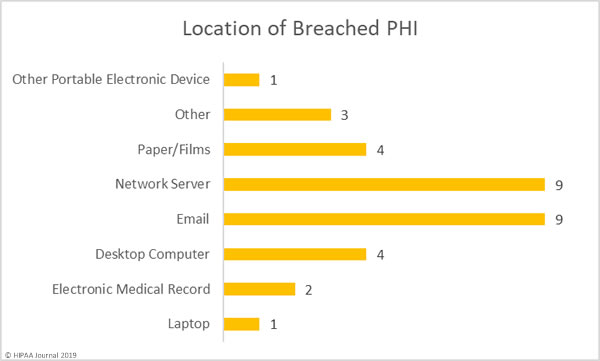 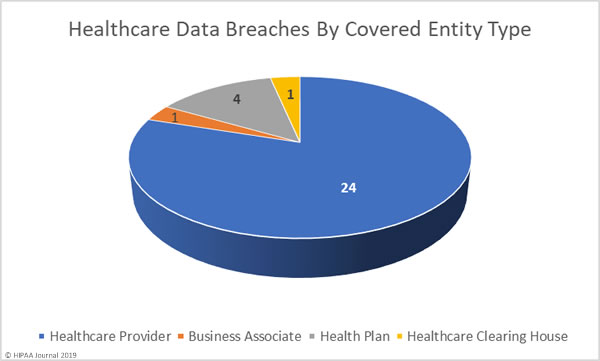 One HIPAA enforcement action came to a conclusion in June. Premera Blue Cross agreed to settle a multi-state lawsuit over its 10.4-million-record data breach in 2017.

Premera Blue Cross is one of the nations largest health insurers. In early 2018, Premera discovered hackers had gained access to its network by exploiting an unpatched software vulnerability. The investigation into the breach revealed there had been basic security failures. The case, led by Washington State Attorney General Bob Ferguson, was settled for $10,000,000.

The Department of Health and Human Services’ Office for Civil Rights did not issue any financial penalties for HIPAA violations in June.