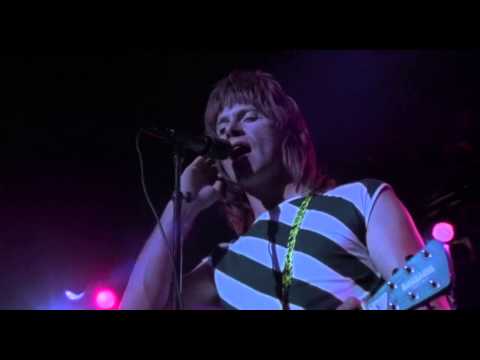 Film Highlight: This Is Spinal Tap

I am not exaggerating when I say “This is Spinal Tap” is the most underrated movie ever. I was allowed to watch it at way too early of an age, but after revisiting it recently, I have found an incredible new appreciation for it.

If you’ve never heard of it, imagine Led Zeppelin’s “The Song Remains the Same” documentary but satirized and completely ridiculous. The film is a “mockumentary” that follows a (fictional) fading rock group on their tour across America, aka Spinal Tap. The band encounters one unfortunate situation after the next. Their drummers are always dying of strange, unexplainable circumstances, some of which including spontaneous combustion, being eaten by a pet python, and gardening accidents that the police said were “better left unsolved.” They can’t sell out a show to save their lives, the guitarist’s astrology-obsessed girlfriend slowly takes over the band’s livelihood, and their bassist somehow gets trapped in a giant egg on-stage.

The entire movie mimics the rise of rock groups in the 60s and 70s, like The Beatles, Aerosmith, and Led Zeppelin, whose successful beginnings often ended due to misfortune or division. Spinal Tap even mocks their evolution from psychedelic hippie groups to long-haired rockers. Though “This Is Spinal Tap” wasn’t an immediate success after its release in 1980, it has come to be a favorite cult classic.

All in all, it is absolutely hilarious, and I highly recommend giving it a watch if you’re into classic rock or just need a little comedy relief!

I’ll leave you with my two favorite scenes from “This Is Spinal Tap”:

The egg scene, as I described earlier. Their poor bassist doesn’t make it out until the end of the song.

“But this one goes to eleven” is one of the most quotable lines throughout the whole movie. Nigel, the lead vocalist and guitarist, gets really excited that his amp goes up to 11, while the others only go up to 10.

Take a watch, and let us know what you think!

Film Highlight: This Is Spinal Tap