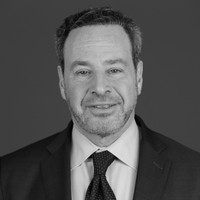 With Liberty and Justice for Some

­­­­­­­Yesterday afternoon, Attorney General William Barr appeared on ABC to demand that President Donald Trump quit making him look bad. Trump’s tweets, the attorney general said, “made it impossible to do my job.” Barr has been intervening in cases in ways that work to protect the president. Those interventions become much more difficult when the president demands them—rather than trusting Barr to know what to do without being told.

At the law schools of the 1970s and ‘80s, a militant faction of professors taught a harsh lesson. Law, they argued, is a myth that property owners invoke to protect themselves and oppress those without property. The legal reasoning that we students were so frantically working to absorb was in fact a deception, an expensive drapery concealing the brute realties of political and class power.

Some students indignantly rejected this teaching. Others accepted that it contained some truth, mixed with much exaggeration and propaganda.

But young William Barr—George Washington University Law School, Class of 1977—seems to have absorbed the radical message with perverse enthusiasm: Alrighty then! Let’s do it!

As attorney general, Barr has focused on two missions: on the one hand, cracking down on crimes by the poor and the foreign-born; on the other, going easy on the crimes of President Trump’s associates. This administration likes to call itself “tough on crime” and to revile its Democratic opponents as “the party of crime.”

But toward its own many crimes, the Trump administration is genially indulgent. Like the gangsters around the table in the first Godfather movie, the Trump administration is able to convince itself that its victims are animals without souls—and that its own lawbreaking is a necessary, even honorable, accommodation to the facts of life. “The real crimes were on the other side!” Donald Trump tweeted after he heard the news of Roger Stone’s recommended sentence of seven to nine years—exactly in line with federal sentencing guidelines for Stone’s convicted offenses.

As attorney general, Barr has delivered a series of speeches about the importance of sternly enforcing the law against lower-class people. In a February 11 speech to county sheriffs, he warned against officials who refuse to comply with police work:

Another similar problem is the increasing number of district attorneys who have fashioned for themselves a new role of judge-legislator-prosecutor. These self-styled “social justice” reformers are refusing to enforce entire categories of law, including law against resisting police officers. In so doing, these DAs are putting everyone in danger.

In a November lecture before the Federalist Society, Barr argued that issues of police motive or bias are irrelevant to the enforcement of law against ordinary people:

The Supreme Court has traditionally refused, across a wide variety of contexts, to inquire into the subjective motivation behind governmental action. To take the classic example, if a police officer has probable cause to initiate a traffic stop, his subjective motivations are irrelevant.

In an October talk to Department of Justice employees, Barr spoke of the hardships endured in the pursuit of justice: “the long absences, the ever-present awareness of the risks.” But those hardships, he said, are required to sustain “a society where the law will be enforced and your fellow citizens will be protected.”

At the same time as Barr was pronouncing these stern words, however, he was also shrewdly rejiggering his department to enable him to do special favors for criminals of the highest rank.

When Barr was confirmed as attorney general on February 14, 2019, the Trump presidency faced two imminent prosecutorial threats: Robert Mueller’s special-counsel investigation and the office of the U.S. attorney for the District of Columbia. Barr promptly moved to neutralize both.

First, he attacked Mueller. He took early possession of the Mueller report and held it for almost a month while publicly mischaracterizing its findings. Four weeks after the report’s release, Mueller resigned and Barr closed the special counsel’s office, moving all its remaining prosecutorial work to the U.S. attorney for the District of Columbia.

That office was headed by a prosecutor independent of the Trump administration, Jessie Liu. Liu was then deftly moved aside. In December, President Trump nominated her for an important job at the U.S. Treasury. Liu resigned on February 1. To fill Liu’s place, Barr turned to one of his closest aides, Timothy Shea, who was appointed to head the office on an interim basis. Once Shea was installed, Liu’s nomination was withdrawn.

That has produced a remarkable result. Barr and Trump have tightened their control of the U.S. attorney’s office without Senate questioning of either the outgoing or the incoming U.S. attorney for the District of Columbia.

These maneuvers have enabled Barr to bestow leniency upon Trump cronies convicted of crimes.

The day after Liu resigned, Barr and Shea changed their sentencing recommendation for the disgraced Trump adviser Michael Flynn, from six months in prison to probation. Flynn was convicted of lying to the FBI, which surely counts as “resisting police officers.”

Then the next week, Barr and Shea forced a reversal in the sentencing recommendation for Stone, who was convicted of lying, obstruction, and witness tampering. That about-face prompted four prosecutors to resign: So much for appreciating the efforts of those who sacrifice to ensure “a society where the law will be enforced.”

Now the Department of Justice is nearing decisions on whether to charge the close Trump associates Erik Prince and Rudy Giuliani with criminal violations. Prince—the founder of Blackwater USA, the private-security company now known as Academi, and the brother of Education Secretary Betsy DeVos—faces potential charges of lying to Congress during the Trump-Russia investigation. Giuliani is at risk under the foreign-agent registration laws previously broken by Flynn. But at risk is really not the right phrase to describe the legal situation of a Trump associate during Barr’s tenure. They look to be as safe as a runner on third with the ball headed over the fence.

[Donald Ayer: Why Bill Barr is so dangerous]

The Trump administration rationalizes its treatment of Stone by endlessly fulminating and tweeting against prosecutors, judges, even jury forepersons. Barr’s warnings against inquiring into subjective motivations in the case of uniformed police dealing with street crime get forgotten when the police wear suits and ties and must deal with Trump crime. Then (and only then!) it matters whether the officer in question showed previous loyalty to President Trump. If not, then (and only then!) the officer’s possible motive matters more than anything, and certainly more than the proven evidence.

American criminal law is harsh; American prison sentences are severe. Most of the time, Trump and his attorney general relish this harshness.

As Barr said in yet another lecture, this one at the University of Notre Dame in October:

Men are subject to powerful passions and appetites, and, if unrestrained, are capable of ruthlessly riding roughshod over their neighbors and the community at large.

No society can exist without some means for restraining individual rapacity.

But when the passions and appetites are enlisted in the service of Trump—when, like Roger Stone, Trump’s supporters ride roughshod over neighbors by attempting to connect to an espionage cutout such as WikiLeaks in the hopes of swaying a U.S. election—then (and only then!) it becomes appropriate to temper the severity of justice with the sweetness of mercy.

Stone is old. He is odd. His wife is deaf. And on top of everything else, he knows a lot and may be tempted to squeal if sent to prison for the rest of his active life. For all those reasons, Stone deserves the leniency that must never be allowed to those who balk Trump: the Ukraine whistle-blower, House Intelligence Chairman Adam Schiff, former FBI Director James Comey, and former FBI Acting Director Andrew McCabe—all of them prominent on the long, long list of people Trump has accused of treason or espionage and thereby insinuated should receive the death penalty.

As for street criminals? They do not even deserve trials. Trump has urged police to crack their heads on the doors of their squad cars even before they are charged with any crime. Trump’s opponents likewise deserve punishment even if they have never been charged with any offense. Trump tweeted on February 11 about the judge in the Stone case:

Is this the Judge that put Paul Manafort in SOLITARY CONFINEMENT, something that not even mobster Al Capone had to endure? How did she treat Crooked Hillary Clinton? Just asking!

Trump emerged from his impeachment trial confirmed in his belief that he has the right to attack federal judges, comment on trials, and demand prison for political opponents. He has been served for the past year by an attorney general who may not like Trump’s manners, but who seems to share his ideas.

There’s some argument as to who invented the phrase “To my friends, everything; to my enemies, the law.” Whoever said it first, it clearly impels the higher levels of the Trump Justice Department. But even the Trump Justice Department needs the expensive drapery of the pretense of legal reasoning. When the president insists on yanking that drapery aside day after day on Twitter and television, the reality of what is going on becomes too embarrassing even for Barr to endure.

With Liberty and Justice for Some