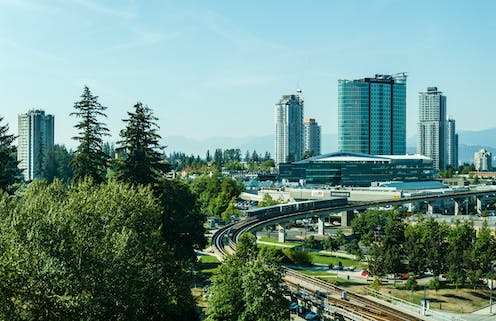 Read more: Stuck in traffic: we need a smarter approach to congestion than building more roads

In thinking about these questions, it should be recognised that there is always an underlying demand for driving, which exceeds the road space available, so building more roads induces more traffic. Congestion soon returns but with more vehicles affected than before. In addition, congestion is likely to increase with rising population and living standards.

Is traffic congestion a problem for the economy?

The Bureau of Infrastructure, Transport and Regional Economics (BITRE) estimated the “avoidable social costs” of traffic congestion for Australia’s eight capital cities at A$16.5 billion in 2015. While the estimate is carefully calculated, there is scope to consider other relevant factors such as:

There is evidence that road users, both private and business, adapt to congestion by changing travel route and time of travel, as well as changing location. In addition, the effects of the so-called Marchetti travel time budget (time saved on one route tends to be used for more travel elsewhere rather than for non-travel purposes) does not seem to have been considered in the BITRE calculations.

Read more: Modelling for major road projects is at odds with driver behaviour

While the avoidable social costs of road congestion are arguably not a big deal, it’s pretty clear congestion plays a significant role in structuring urban areas.

Urban planners in Vancouver recognised this some 40 years ago. Rather than trying to reduce traffic congestion, they consciously used that congestion to limit commuter car access to the city centre. They went so far as to say “congestion is our friend”.

A “carrot and stick” approach was adopted in Vancouver. Traffic congestion was used to discourage commuting by car from the suburbs to the CBD. At the same time, complementary urban planning and design policies were enacted to make the inner city a more attractive place to live for all family types including those with young children. High-quality public transport (particularly the SkyTrain metro system) to the CBD was expanded to cover more of the metropolitan area, providing an attractive alternative to commuting by car.

Of course, congestion management can be used to support other land use planning strategies, such as metropolitan decentralisation. Again this would require a “carrot and stick” approach.

Read more: Brisbane's Cross River Rail will feed the centre at the expense of people in the suburbs

The infrastructure focus is a simplistic response to growing city populations. Importantly, it fails to manage travel demand towards a more sustainable long-term result, such as metropolitan decentralisation like Sydney’s “three cities” approach.

Emphasising congestion and its estimated costs reinforces a sense that urgent action is needed, and supports the “infrastructure turn”.

Read more: Reimagining Sydney with 3 CBDs: how far off is a Parramatta CBD?

Planning for the city we desire

A best practice approach to metropolitan planning requires that transport planning and land use planning work together to achieve a desired future for the city. And community deliberation determines this desired future. The performance of the transport system should be measured mainly by how well this desired future is being achieved, rather than by the level of traffic congestion.

While traffic congestion is real and annoying to many (and also a worry for politicians like the prime minister), it’s not a big social or economic problem. Instead, the congestion could be managed – rather than just catering to projected demand – so our cities become more like the places we want them to be.

Brian Feeney is a volunteer with the Gecko Environment Council, a not-for-profit group located at the Gold Coast