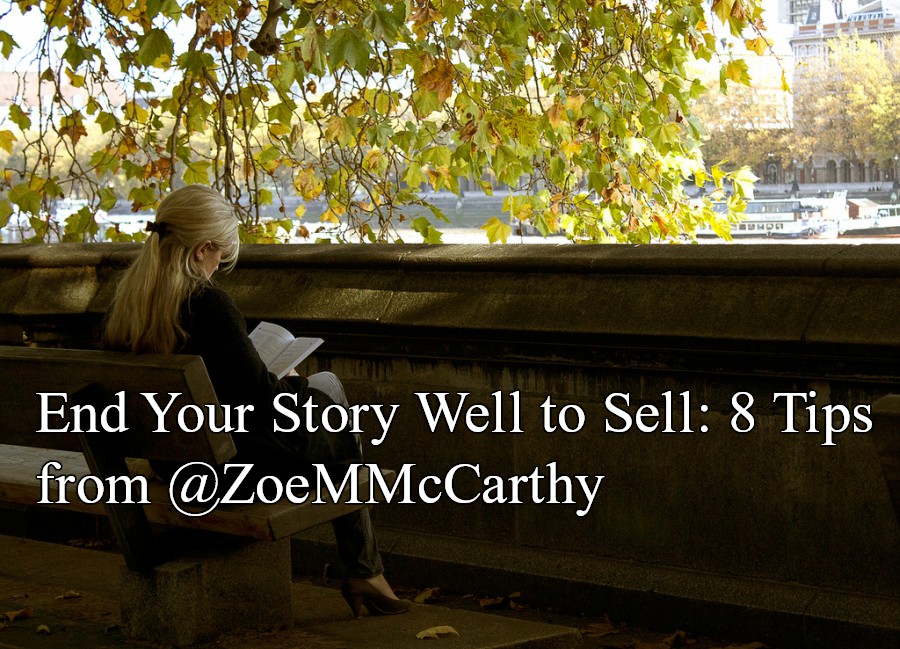 End Your Story Well to Sell

If you don’t backload a satisfying ending to your story, readers may not buy your next book.

We’ll look at tips for a satisfying ending scene(s). When I say ending scene, I don’t mean an epilogue.

Tips for a Satisfying Ending*

The reader will feel like the author wrapped up everything quickly to meet a deadline.

In a romance, you might be tempted to hurry the heroine to agree to an engagement or say “I do,” at the altar. Perhaps you could slow the ending down by wrapping up a minor subplot. Maybe the heroine has wanted a place to call home since the beginning. Without belaboring the ending, maybe you could bring this idea full circle before or after promises of love.

Tip 2: Don’t End in a Flurry of Conflicts and High Emotions

Cutting off the story when actions and emotions are intense is like characters sprinting to a cliff with bad men in pursuit and the reader turns the page to find “The End.”

Readers need to come down from the emotional frenzy and witness what the characters feel and do when they’re in their more normal state. In a legal thriller, after a highly emotional court drama and verdict play out, a short scene occurring on the next day might follow. Over breakfast in a diner, the defending lawyer shares with the released defendant how at the last moment he obtained the one piece of evidence that saved the defendant’s life.

Unless your book is part of a series, resolve all subplots. Often a series will leave one subplot open to be continued in the next book. Readers of a book series accept an open subplot, but the main plot needs to be resolved.

It’s best if all subplots are not resolved in the last scene.

No subplot should distract readers from the main plot’s resolution. Suppose in the last chapter of an author’s disaster book, he orchestrates a father and son’s fast-paced rescue from an earthquake. The last scene shows them searching for the rest of their family in rescue shelters. Resolution of the father’s and son’s differences over the son attending college would distract from the search and the joy when they locate family members.

And don’t draw out resolutions of subplots. Although the reader has earned a rest period in the ending, she doesn’t desire a fall-asleep period.

Tip 4: Show How Your Protagonist Is a Wiser, More Competent Person

The main character may not achieve the goal he hoped for, but he should be able to do something he couldn’t do in the beginning. If he hasn’t grown in some way, even if it’s to accept that he won’t accomplish his goal, readers will feel the time they’ve spent with him through conflicts and disasters has accomplished nothing. That’s not satisfying.

Although your ending must be plausible and must deliver what readers expect from the genre, give the reader an ending they can’t predict. For example, romance readers expect the hero and heroine to get together in the end. This is predictable. But how they finally get together can be something the reader doesn’t expect.

For example, the reader expects the couple to have it all, but for the hero to choose love, he sacrifices his desire to return to his homeland. For genres other than romance, keep the reader guessing whether the protagonist will succeed or fail at getting what she wants right up to the final moments.

Work on your last page until it leaves the reader with something that’s memorable and resonates.

Tip 6: Be Careful If Your Ending Isn’t a Happy One

If your ending isn’t a happy one, the reader must at least feel satisfied. Perhaps the protagonist chooses to do something courageous that harms him, but it’s best for those he loves. In fact, your ending may be more interesting if it contains a win and a loss.

Tip 7: Create More Than One Ending

Try different endings and see which gives the best emotional satisfaction or introduces a “gotcha.” Make sure a twist is believable, though. Using a clichéd gimmick, such as a character is alive after the reader witnessed his death, might not be satisfying.

Tip 8: Include the Title or Theme

If your story has a strong theme or a title that represents the theme well, including the theme or title may work in your story’s wrap-up. But if either feels plunked in or cheesy, neither is right for your ending.

What element might you include in your ending that would be a welcome surprise to your reader?

*Excerpts and paraphrases from Zoe M. McCarthy’s Tailor Your Fiction Manuscript in 30 Days. More examples of each tip are included in the book. 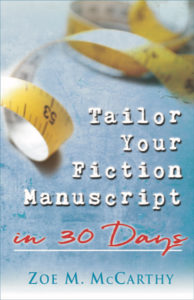 Zoe M. McCarthy is a full-time speaker, author of Christian contemporary romances, and blogger on writing. She’s a member of ACFW and the treasurer of the Virginia chapter. On suggestions from an agent and a publishing house editor, Zoe developed a detailed resource, Tailor Your Fiction Manuscript in 30 Days. Zoe and her husband live in the Blue Ridge Mountains and enjoy canoeing and spending time at their lake cabin. She teaches a community Bible study, leads writing workshops, and hosts a prayer shawl ministry. She has six grandchildren. 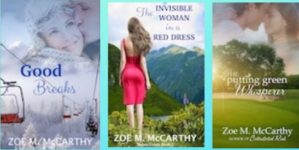 End Your Story Well to Sell