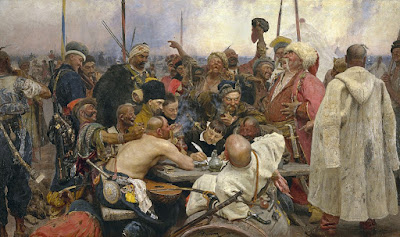 Message for you, sir

After a long trek through the wilderness, the party makes it back to the watering hole at Flint Ridge.  Dirty and exhausted, they slump into their usual chairs.  There's a letter waiting for them with the tavern master.  The lieutenant digs out a shilling for it, then unfolds the letter.  Could it be news about the war?  Answers about the lost treasure?  A letter of credit to pay off the party's debts?

In a world where writing is magic, the post office is like the astral plane.  Secret messages, hidden money, many powerful things can be sent through the post office.

The colonial postal system almost didn't survive the apocalypse (hard to keep the mail going when no one's left to send any) but it's been a generation.  The viceroy, nominal ruler of the elven colonies, has reestablished post offices and messenger routes.  This is good for communication, but it also means the viceroy has agents visiting every major elven town, reporting back about the conditions and goings-on of the scattered colonies.

In larger elven settlements there's a local post office.  Mail can be delivered to local addresses, though roving adventurers usually have things sent to the post office where they can pick them up.  Smaller outlying settlements aren't big enough for a post office, so there you can pick your mail up at the local tavern or the general store.

Unlike modern mail, in the colonies the recipient pays for correspondence.  If you don't pay for your mail, it ends up being thrown away.

Letters from another city cost a shilling (the usual small silver coin, worth half a day's wages or a ferry ride across a river).  Letters from across town cost only a penny or two.

If you want to send a letter, there are a few different ways:
So how long will it be till someone picks up your letter?

There are many reasons the party might send a letter:
Beyond the elven colonies and a few of their allies, the mail just doesn't get through.  Humans send runners with messages, giants memorize copious amounts of news on their wanderings, and goblins pass along a lot of garbled rumors.
Source: signsinthewilderness

Message for you, sir