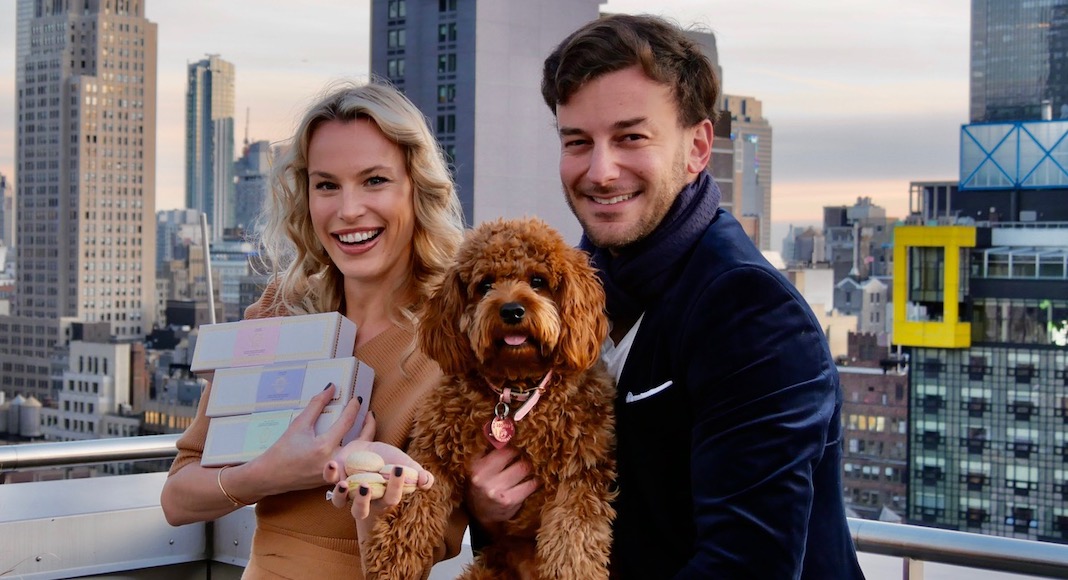 Bonne et Filou, the Company that Makes Macarons for Dogs 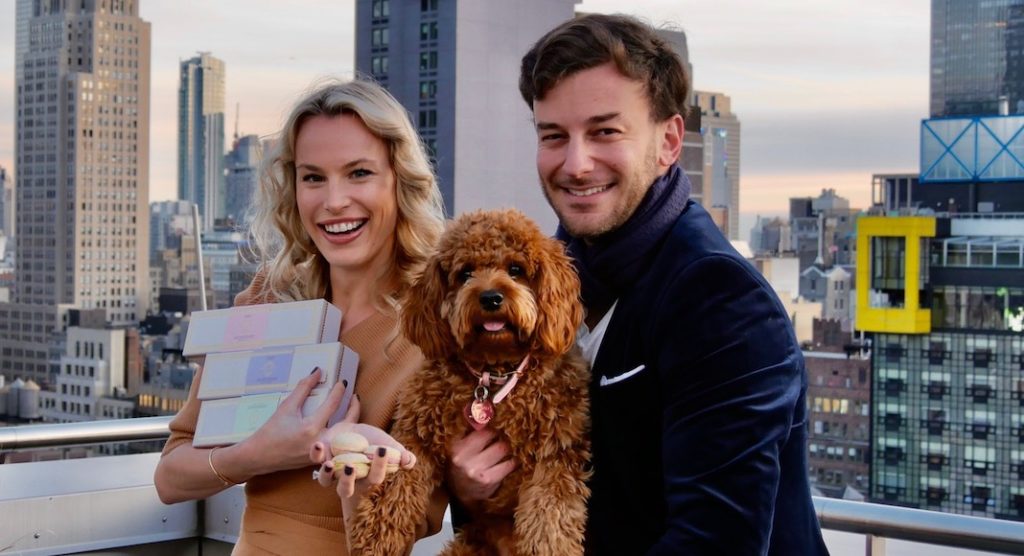 The macaron is so popular that it needs no introduction, this little round treat, symbol of French pastry. If it’s so popular and beloved, shouldn’t dogs get a taste too? This is the idea of Nicolas Nemeth. The 29-year-old Parisian, who has been living in New York for seven years, has launched a business making macarons for dogs, Bonne et Filou.

“I was pleasantly surprised to see the interest in dogs when I first arrived here. Americans sometimes spend more on their dogs than on themselves, dog food is a market worth more than $70 billion,” explains the young entrepreneur who used to work in investment banking.

Work aside, Nicolas Nemeth is a dog lover. He is the proud owner, with his wife Linzi de Filou, of an 11-month-old red Cavapoo (cross of a Cavalier King Charles and a poodle), who has nearly 14,000 followers on Instagram. “I was very interested in the story of Henry III and his dogs. The King was always surrounded by his bichons, whom he treated like people.”

Anyone want to share our dog macarons with our ambassador @Mademoiselle_Filou?

If you ask nicely, maybe she will share one or two!

Nemeth also drew inspiration from Louis XIV for the name of his company. The Sun King owned two dogs named Bonne and Filou. “Versailles was a dog’s paradise,” says the Frenchman. “More generally, dogs were idolized in the Middle Ages. It changed afterwards, but we’re back now, thanks in particular to China and the United States.”

With Bonne et Filou, Nemeth hopes to become “the equivalent of Ladurée for dogs.” “We are the only luxury dog food brand. All that exists on the market today are low-end foods, or poor packaging, with plastic.”

Bonne and Filou macarons are sold in boxes of six, and available in three flavors, mint, lavender and strawberry, for $23.90. While human macarons are up to 75% sugar, Bonne et Filou’s macaroons are made with oatmeal, honey and coconut oil. “We worked with a nutritionist and a veterinarian to prepare the healthiest possible recipe for dogs,” says Nemeth. These “dog treats” are handmade in the Midwest and prepared without artificial coloring or preservatives, and they come in recyclable packaging.

Our French-inspired dog treats are handmade in the USA and healthy for your dog (vs. human macarons)

“It is a very edible product for humans,” adds Nemeth. We tasted it to find out. The result is neither good nor bad, with a fairly hard and crispy texture, similar to a cookie. “It’s so the dogs can spend time on it and take care of their teeth,” explained Nemeth.

The Bonne and Filou macarons are available for order online. But Nemeth is in the process of soliciting businesses. “My objective is not to do mass-market, but rather premium retail in luxury hotels and specialized shops.”

Bonne et Filou, the Company that Makes Macarons for Dogs