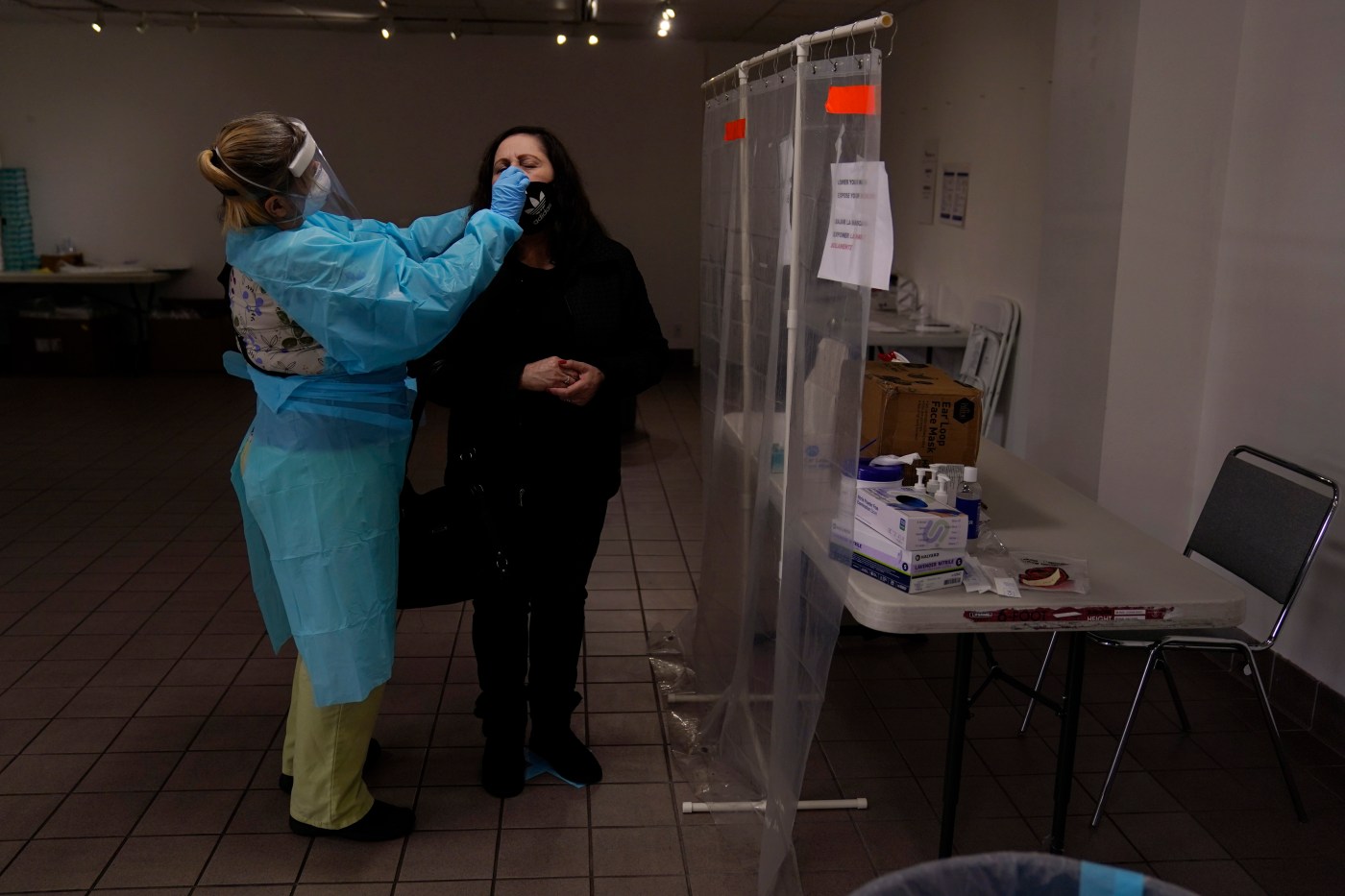 Coronavirus hospitalizations in both Los Angeles County and across the state have stabilized amid the pandemic’s worst surge yet — but officials don’t believe that will remain the case for long.

There were 7,926 LA County residents being treated in hospitals for the virus on Monday, Jan. 11 — according to the state’s dashboard, which updates a day earlier than the county’s — about the same number that’s been reported each day over the last week. On average, between 750 and 800 people are being admitted to LA County hospitals with the virus each day.

At the state level, there were 21,668 coronavirus hospitalizations on Sunday, Jan. 10, Gov. Gavin Newsom announced — about a 6% growth rate over the last two weeks, which is “among the smallest increases we’ve seen over a two-week period in some time,” he said, adding that the growth rate over the past week has been just 0.3%.

But LA County Public Health Director Barbara Ferrer and Newsom both emphasized in Monday briefings that they expect a surge from gatherings over Christmas and New Year’s Eve could still be coming.

“We haven’t continued to see the steep acceleration,” Ferrer said. But “we might be entering into another period of surge and, should we start seeing again case numbers rise to 15,000 a day, we will have another experience like we had before at our hospitals where they will see increased occupancy, as well.”

Newsom, meanwhile, said the hospital bed availability in Southern California — and Los Angeles County in particular — remains precarious. Intensive care bed capacity in the region, as it has for weeks, remained at 0% on Monday.

On Monday, LA County reported 12,617 new coronavirus cases, bringing the total number identified so far to 932,698. And 137 more Los Angeles County residents died due to coronavirus-related causes, contributing to a death toll of more than 1,500 over just the past week. Throughout the entire pandemic, 12,387 LA County residents have died with the virus.

Even as hospitalizations have stabilized for now, the countywide numbers being reported still represent an 884% increase since the beginning of November, Ferrer said. Cases, meanwhile, have grown 898%, and deaths have spiked by 1,125%.

Looking ahead, Ferrer said the county’s vaccination program is progressing. As of Sunday, Jan. 10, 180,174 vaccine doses had been administered, which included 25,840 second doses.

About 75% of the county’s frontline health care workers have been vaccinated, Ferrer said, while 67% of staff members at skilled nursing facilities and 66% of residents at those facilities have been inoculated.

Assuming the county receives enough vaccine doses from the state and federal governments, Ferrer said officials expect to begin vaccinations for people in Phase 1B — which will begin with those 75 and older before moving on to include people from ages 65 and 74; those who are incarcerated or homeless; and workers in certain industries like critical manufacturing and transportation and logistics — in early February.

If all goes according to plan, then vaccinations for Phase 1C — which includes people from ages 50 to 64, people from ages 16 to 49 with underlying health conditions and people in industries like defense, energy, communications and IT — will begin in late March, Ferrer said.

The county’s ability to administer vaccines to more groups and meet those projected timelines has been due in part to Newsom’s push to speed up inoculations across the state.

“We recognize that the current strategy is not going to get us to where we need to go as quickly as we all need to go,” he said Monday, “so that’s why we’re speeding up the administration.”

He pointed to recent announcements of large-scale vaccination sites, such as converting Dodger Stadium from a testing to an inoculation facility.

“This is encouraging, and this is, again, part of that flywheel, and I know it can’t go fast enough,” he said. But, Newsom added, the efforts will help “that last mile for administration. Get it out of the freezer and into people’s arms.”

Sign up for The Localist, our daily email newsletter with handpicked stories relevant to where you live. Subscribe here.
Source: pasadenastarnews.com