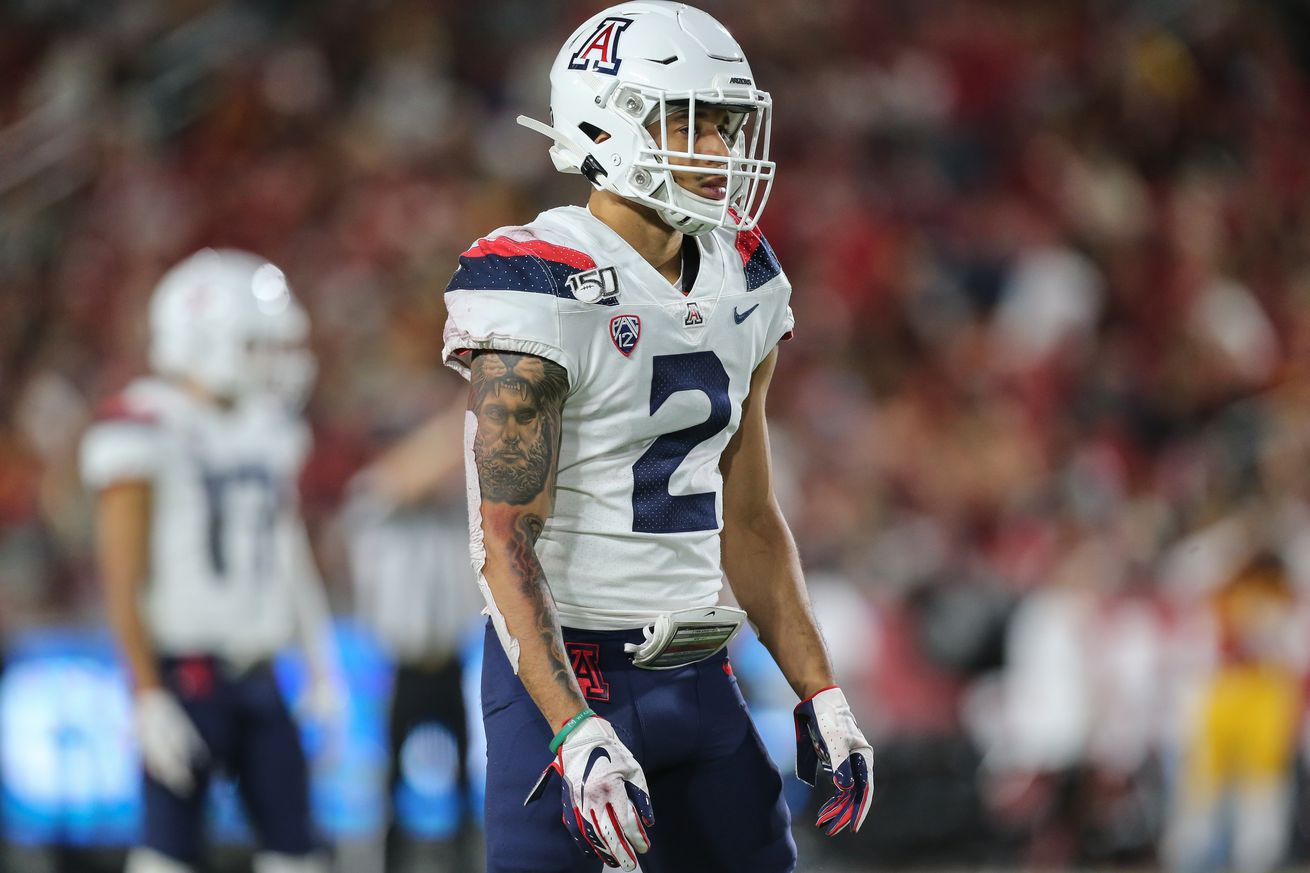 Lorenzo Burns said he returned for a fifth season with the Arizona Wildcats so he could boost his NFL draft stock and get one more crack at leading his younger teammates, who occasionally refer to him as the “Old Man.”

“It’s kind of funny but I’m getting used to it,” he laughed.

The 0-3 start is certainly not what Burns hoped for in 2020, but he has at least succeeded in putting himself on the radar of NFL evaluators. Michael Renner of Pro Football Focus singled out the top draft prospect on each Pac-12 team and listed Burns as his choice for the Wildcats.

“Burns has been starting at Arizona for three years now and has racked up nine picks and 21 pass breakups over that span,” Renner wrote. “He’s had a penchant for getting a little ‘grabby’ in the past, with 15 penalties his first two seasons, before dropping it down to only three in 2019. He lives up to his last name with his speed, but those penalties are no fluke. He gets overly grabby because he has to — at only 175 pounds, he’s well on the small side for the position.”

Small but certainly not soft.

As one of just two scholarship cornerbacks who has not opted out of the season—the other being sophomore Christian Roland-Wallace—Burns has had to play virtually every defensive snap for the Wildcats and has even seen some action on special teams covering punts.

It’s tiring at times, but he pushes through it for the betterment of the team.

“In my mind I just have to be resilient,” he said. “Football is a hard game. It’s going to test you whether you’re playing a lot of snaps or not. It’s physical. So during practice I’m running, I’m talking to myself, making sure I’m staying in the game, catching my breath, taking advantage of those TV timeouts. From the team standpoint, I’m having other people talk to me, help me get rested and get my mind right for the upcoming series.”

Through three games, Burns has 19 tackles including one for a loss. Not the most eye-popping numbers, but sometimes an absence on the stat sheet is a good thing for a cornerback.

“Lorenzo Burns has been phenomenal,” head coach Kevin Sumlin said. “Whatever we need him to do, he does it. Special teams-wise, as a corner, I mean he is giving it his all. And so is C-Ro. Those guys are playing a lot. They understand the situation. We’ve got confidence in those guys. We need more guys to help them, and it’s our job to get those guys in here to make sure that we have confidence in, and (know) those backups are. They get challenged every week, and they respond. I think our team sees that, everybody sees that, and those guys are playing their tails off right.”

Burns is no stranger to adversity. He has had four different position coaches at Arizona and been a part of some of the worst teams in program history including this one, which is riding a school-record 10-game losing streak.

Burns admitted his UA career has been a “roller coaster” but says he has enjoyed every minute of it.

“I don’t have anything negative to say about my experience here,” he said. “I’ve met a lot of great people a lot of great connections, and I’m excited for my next step in life.”

But first Burns is trying to get a win.

“I wouldn’t say it’s desperation, but I will say that we do have a mindset of 1-0,” he said. “We want to win these games, we’re not trying to go out there and lose. We’re fighting, we’re battling and things just haven’t gone our way. Execution has to be a key. We still have a positive mindset that we can go out there and win these next games coming up.”