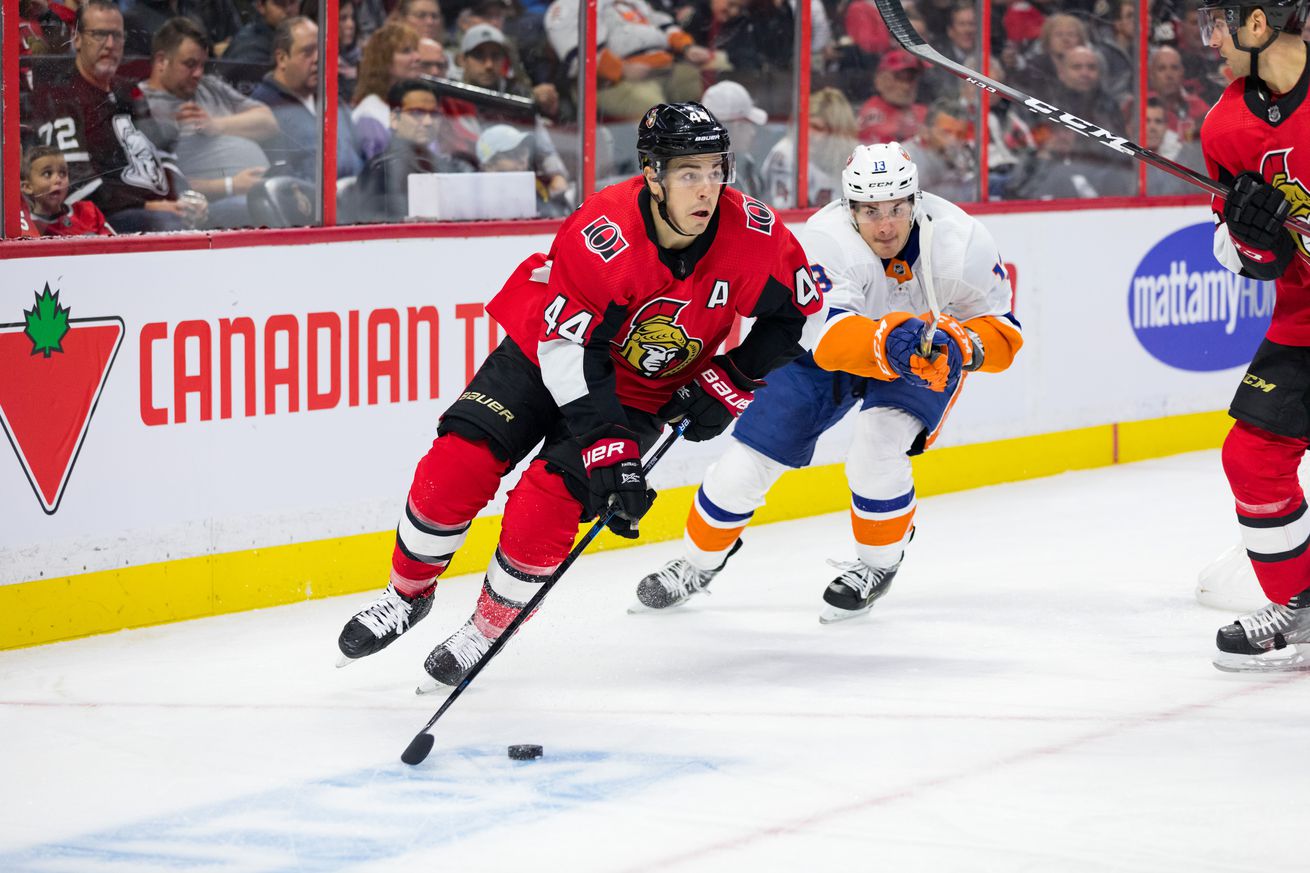 He’s back in Ottawa but he’s wearing the same jersey as the guy behind him, this time. | Photo by Richard A. Whittaker/Icon Sportswire via Getty Images

The Senators are bad. The Islanders are supposed to be good. Therefore, win...?

The Islanders will try to get back on the horse tonight against the Senators. I’ve mentioned it quite a bit because I feel obligated, but it’ll only be Jean-Gabriel Pageau’s fifth game as an Islander and he’s already facing his old team. I’m sure he’ll get a nice tribute video and standing ovation—they love him up in Ottawa.

Hopefully, the Islanders come out pissed from last game and let Pageau walk away the victor, because on top of wanting to make the new guy feel important, tonight is a must-win, full stop.

FIG Picks can go here. You get an extra half hour to make your picks today: it’s a 7:30 start.

Boychuk wants you to know that your well wishes did not go unread:

Thank you to everyone for the positive messages and thoughts! I am extremely grateful. Please know they did not go unheard. Luckily for me the skate only cut my eyelid. Sorry for the late response...facial recognition wasn’t working... thank you again my friends. Johnny B

Last night’s NHL scores include the Flyers beating the Capitals in regulation, their seventh consecutive win, to move within a point of the Metro Division lead; and the Blue Jackets imploded against the Flames, in nearly identical fashion to the Islanders’ collapse against the Blues last week, to lose in OT. The Islanders are in the second wild card spot, one point behind Columbus with three games in hand. Gotta win ‘em, though.