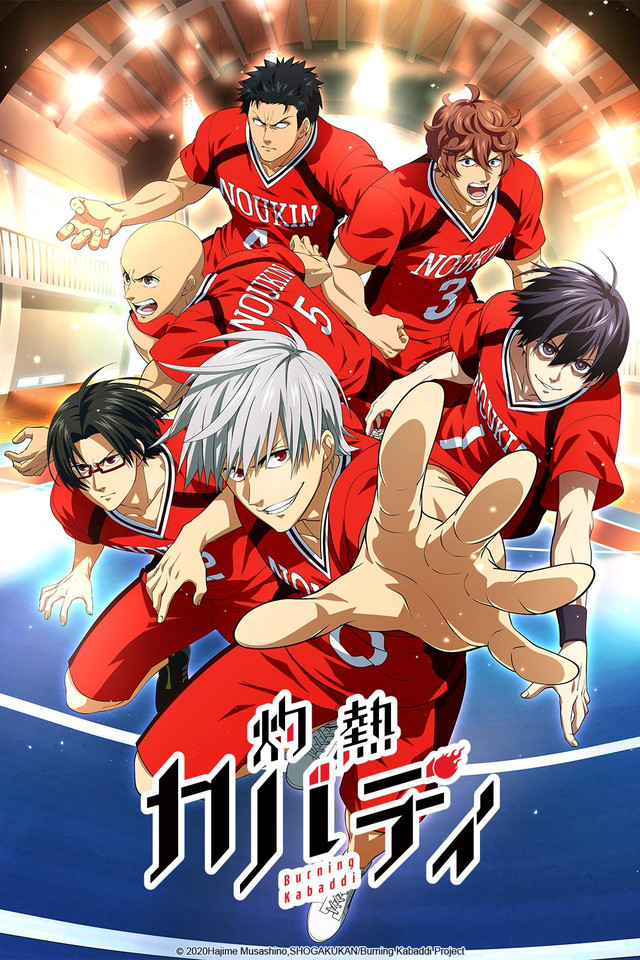 If you need some music to pump you up today, then Burning Kabaddi, a TV anime based on the hot-blooded sports manga by Hajime Musashino, has got you covered, because the opening and ending animations for the series have been uploaded to Youtube for fans to enjoy.

Crunchyroll describes the story of Burning Kabaddi as follows:

Yoigoshi Tatsuya was a star soccer player known as "Yoigoshi the Unstoppable," but when he entered high school, he severed all involvement with sports. Now, he has been invited to a certain sports team. In these matches, victory is achieved through teammates working together to catch and defeat the opponents invading their territory... You could call it a sort of running combat sport. And the name of this game is...Kabaddi.

Burning Kabaddi is directed by Kazuya Ichikawa and features animation production by TMS Entertainment. The series is currently broadcasting in Japan on TV Tokyo, TV Osaka, TV Aichi, and AT-X, and it is also streaming on Crunchyroll as part of the spring 2021 anime simulcast lineup.

Paul Chapman is the host of The Greatest Movie EVER! Podcast and GME! Anime Fun Time.