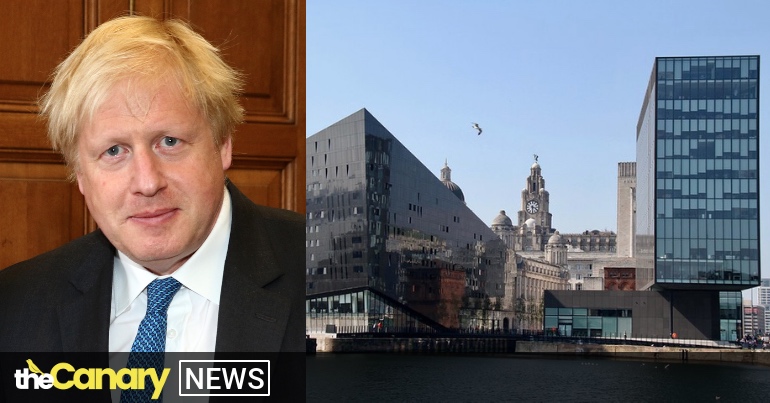 The government has announced tighter coronavirus restrictions for several areas, with many northern areas facing the tightest rules.

A three-tier system was announced on 12 October, with areas classified as either a ‘medium’, ‘high’, or ‘very high’ alert. Liverpool City Region will be restricted the most, with bars and pubs closed.

This comes after other regions in the north, such as the north east and Greater Manchester, having faced tighter restrictions for months.

The north is always disproportionately blamed for stuff because it’s typically poorer and an easier target. Ultimately they are putting all the restrictions on it but when it comes to rebuilding after this crisis they won’t do enough.

I feel as though the imposing of tier 3 lockdown on Liverpool whilst the south of the country still thrives, despite similar infection rates, is just a Boris version of a Thatcherite managed decline of the city

Tier 3, ‘very high’, alert areas will see pubs and gyms closing, as well as a ban on mixing with other households indoors or outdoors.

These tight restrictions have left those in the north fearing for their livelihoods.

Jez Lamb, founder of Beers @ No.42 in Merseyside told The Canary:

Throughout the summer, businesses around the UK have had a nervous eye on the autumn and the speed with which infection rates and confirmed cases are now rising means their worst fears are coming true. Liverpool-based businesses like my own are on the front line of infection rates at the moment but it’s clear that the pandemic can shift rapidly from one region to the next.

As a business owner, you naturally want the whole economy to be open, but at the same time people’s lives are also at risk. Striking the right balance is proving a nightmare and as things stand many more businesses will go to the wall and many more people will lose their jobs.Tighter lockdown restrictions could see an economy that is already on life support start to flatline. An ominous winter lies ahead.

Last orders for the North? There are families worried about funerals going ahead and businesses about to collapse. We’ve been in lockdown for months and the virus is out of control. This is flippant, arrogant and awful. https://t.co/WddSm7lvsP

Restrictions on the north

Regions across the north have been facing tighter restrictions than the south for some time.

Restrictions for the north east were first introduced on 18 September. This included limited pub opening times and household mixing. Greater Manchester and parts of West Yorkshire have since had similar restrictions introduced.

These measures will be supported by a specific package of financial support for our City Region to cover a six-month period and not dependent upon the Tier position of our City Region.

If pubs, bars and other hospitality and leisure businesses are forced to close, there must be appropriate support for them and their staff.