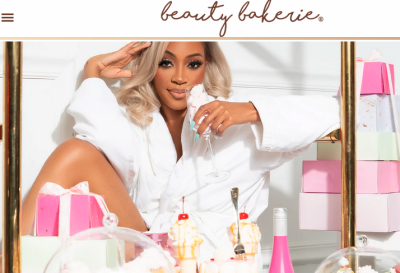 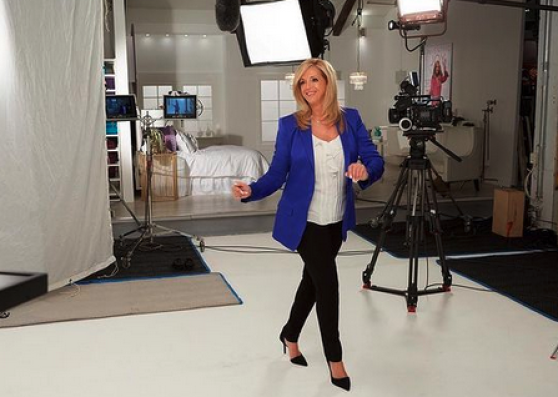 If you've seen the movie "Joy" you'll already know who this impressive women is.

Or perhaps you've used either of her most successful inventions:

At the time of writing, she's invented over 100 products and has a networth in excess of $70 million.

This mom of 2 knew the Miracle Mop had a market and she kept going until she finally had the opportunity to promote it on a mass scale on a home shopping channel.

Even though she was navigating completely uncharted waters, she just kept going and let her enthusiasm for the product shine through.

The cool thing about Joy is how much she encourages other inventors and is offers to help them get started or will support them getting products to market if it has promise.

Just like a few of the other ladies you're about to meet, Joy bundled up her knowledge into her autobiography. 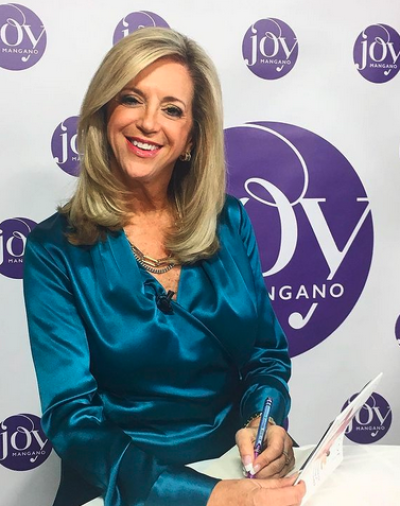 If you're looking for a dose of 'can-do', it's well worth checking out.

Don't let rejection stop you - work hard and find a way to turn no into yes.

This mom of 2 knew the Miracle Mop had a market and she kept going until she finally had the opportunity to promote it on a mass scale.

The cool thing about Joy is how much she encourages other inventors and is offers to help them too. 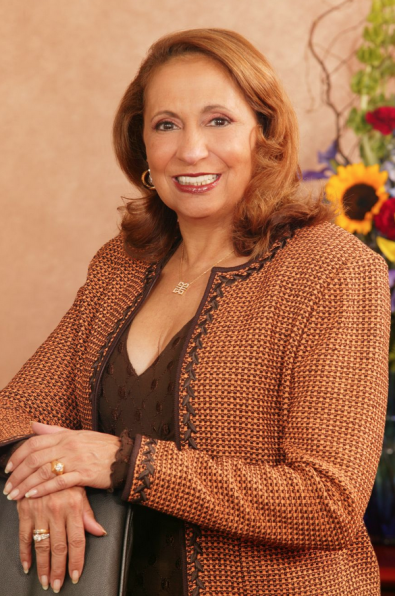 Cathy is an astounding example of beating the odds with sheer determination.

As the owner of a $400 million broadcasting empire,

Falling pregnant at 16, her mom kicked her out of the house.

Instead of falling apart, Cathy said this was the moment everything changed - she started to take her life seriously for the very first time.

If you're determined to succeed, you can always find a way eventually.

With an obsession for radio, Cathy worked her way up in the radio station at Howard University.

In a meeting with a bunch of male coworkers, one of them decided to belittle her ambition, joking that she should just run the radio station herself.

Well, Cathy decided to prove a point and run her own station.

It took 32 "No's" before finally getting a loan to buy her own station.

And then a further 7 years of struggle to finally start making a profit.

There was a time where she and her son slept at te radio station because she had lost her house and couldn't afford rent.

Cathy and her son, Alfred Liggins, run the industry leader in urban radio with 53 stations.

When asked about the drive to overcome the difficulties, Cathy always reflects on her determination to take care of her son and make sure he doesn't become another 'statistic'. 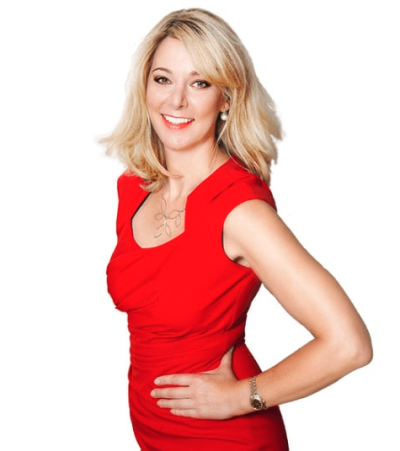 German native Beate Cheletee found herself in a state of desperation as a single mom with $135,000 in debt, lingering on the verge of bankruptcy.

With a business destroyed by an employee plus another dismantled due to 9/11, Beate has certainly had plenty of struggle to overcome.

But get this, just 18 months later she was able to sell her stock photography business to Bill Gates for 7-figures.

Use the compound effect to your advantage - all those little choices add up & are compounded over time (good and bad).

Throughout her career, Beate faced the same struggles many women do in the workplace and in leadership with double-standards and a lack of mentoring to climb the ladder. 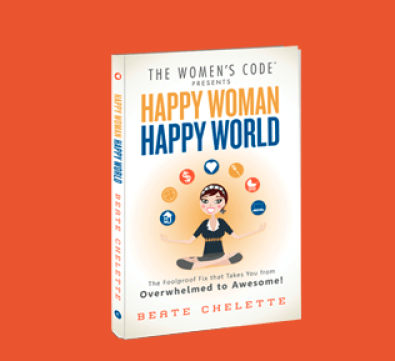 Seeing a huge need to help rewire how women treat each other in business and arm them with the tools to be confident leaders, Beate founded The Women's Code.

She's also been declared "One of the 50 Must-Follow Women Entrepreneurs" by the Huffington Post. 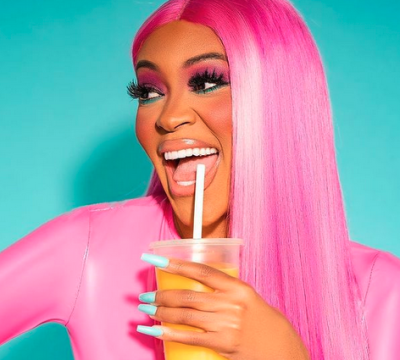 Cashmere founded cosmetics company Beauty Bakerie back in 2011 even though she was battling breast cancer.

After falling pregnant during high school and living on welfare for a number of years, she put herself through college and nursing school.

The combo of wanting to contribute to cancer awareness and the lingering business ideas led to the formation of Beauty Bakerie.

It certainly wasn't an easy ride and it took a lot of patience to get traction.

How this for a lucky break?

After being featured on Beyonce's website for Breast Cancer Awareness month, things really started to take off for Beauty Bakerie.

Fast forward it's rapid growth and it's a multi-million dollar business.

Melissa is best known for her "PackIt" brand of lunch coolers but it was a hard road to build what is now a multi-million dollar company.

After her divorce in 2008, this mom of 3 had her house foreclosed, her car repossessed, and barely enough money to feed her kids.

Frustration over food spoiling in regular lunch boxes gave her the idea to put the icepacks inside the lining instead of relying on gel packs that would keep disappearing.

After bootstrapping her concept and getting some financial support from friends, PackIt was launched.

Melissa had to figure out how to go from single mom to major business owner and admits she often felt way out of her depth.

But she pushed forward, figured it out and grew her company into from $150,000 to $6 million within the space of two years.

There is no 1 right answer - don't assume everyone else has it all figured out and any different to you.

New Orleans native, Lauren Thom was a single mom of 3 who took a gamble with her $2000 tax return and ordered 300 t-shirts to start her business.

Thankfully, they were a hit and all sold within a month.

Lauren then opened her Fleurty Girl store on Oak St.

Selling merchandise inspired by the spirit and energy of New Orleans, allow tourists to take a little piece of that back home with them.

Fast forward a few short years and Lauren has 5 stores and 30 employees.

Lauren still loves helping people pick out the perfect item while learning all about their stories and adventures in the city.

It's okay to bootstrap you business in the early days and focus on reinvesting your profit back into growth.

Talk about a change of fortune!

Zhene went from being pregnant with just a measly $6 to her name to building a multi-million dollar empire that impacts people's lives for the better.

It all began with a $3,000 loan from a family member and selling tea from a cart.

At the time, Zhena desperately needed to raise money to afford a life-saving operation for her son.

A timely reminder to never underestimate your power when it comes to finding ways to take care of your kids.

Fast forward and Zhena's Gypsy Teas are sold at over 10,000 locations.

She's also proving that you can take fair trade products and do good in the world on a huge scale.

Muzyka also released her own book "Life by the Cup: Ingredients for a Purpose-Filled Life of Bottomless Happiness & Limitless Success.

In addition, she also has developed an academy, workshop, and consultancy geared toward transforming lives for the better.

You may have seen Danisha Danielle on a talk show or making a guest appearance on the news sharing her financial advice or real estate insight but that's a sharp 180 from where her life could have been.

Things started off well by graduating from UCLA early and wanting to head into sports broadcasting.

However, in her early 20's she fell pregnant and the baby's father passed away just a few months after her baby was born.

To top it all off, she also lost her job and was left to survive on government assistance.

Instead of giving up, Danisha decided to jump into commercial real estate as a broker and learn the ropes.

It took almost a year before she saw any income from her efforts.

Thankfully, she found a good mentor and quickly climbed the ladder. despite the odds being stacked against her being a female and a minority too in the industry.

She now owns her own real estate company and has her own investment portfolio.

Danisha has been featured on numerous talk shows and podcasts, sharing her advice for managing finances as well as other areas like dating and entrepreneurship.

One of the most inspiring things about Danisha is her authenticity.

She keeps it very real.

She's also quick to reach out and help others as they navigate their own struggles on similar career paths.

Take control of your own financial future. Invest your money or purchase assets - don't wait until you get married.

Being a single mom hasn't stopped Maggie from making serious coin with her digital marketing and lead generation business.

In fact, when Covid had people worried about losing clients, Maggie went into overdrive and started making even more offers to help business owners who needed to pivot fast and start reaching their customers online.

Her agency, Birdie SEO has hit over 30k a month in revenue and continues to grow.

She has a small team she outsources some of the work to help manage the workload.

Maggie got started with Lead Generation and has used those same strategies to help small business owners grow beyond their wildest dreams.

Now, there are 2 big reasons I want to highlight Maggie's journey:

See, I've been mentoring people just like Maggie in how to build their own lead generation business (and SEO agency if they want a more client-orientated business).

And it's changing lives.