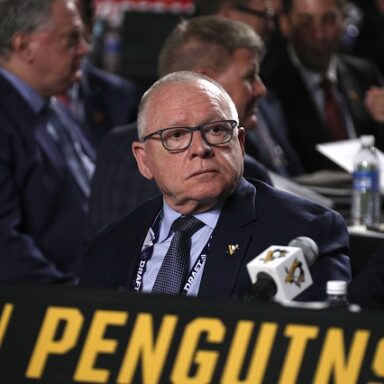 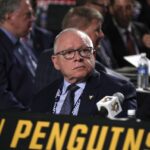 In perhaps the biggest news of the early NHL season, Jim Rutherford suddenly resigned as general manager of the Pittsburgh Penguins on Wednesday. Rutherford, 71, had been with the franchise since 2014.

The season is just a couple weeks old. The Penguins are 7-4-2 and in the thick of things in the East Division. Rutherford seemed happy and was undoubtedly productive. So, why now?

Rutherford cited personal reasons — though he stressed it’s not health-related. In these times, that’s always a good question to ask. He also said he would “listen” if another offer came his way. All of which makes you think there may have been an issue between Rutherford and the organization.

“It just got to a point that I decided my time was up here,” Rutherford told The Associated Press. “I know everybody wants to refer to my age all the time. The guy who has the toughest job in the world, who just got elected [78-year-old President Joe Biden] is way older than me. … I feel good. I feel good and healthy, and if there’s an opportunity that presents itself, [I will listen].”

Penguins president and CEO David Morehouse held a press conference after Rutherford made his decision, with Morehouse indicating he was stunned by the move. Rutherford “had made his mind up,” Morehouse told reporters, adding he spoke with Rutherford Tuesday evening.

Assistant general manager Patrik Allvin will serve as interim GM while the Penguins start their search for a replacement. Allvin will consult with Penguins legend and team owner Mario Lemieux for input during the search.

Rutherford was an NHL goalie from 1969-83. He had his best seasons with the Detroit Red Wings. He was also among the pioneer goalies who started decorating their masks in the mid-1970s.