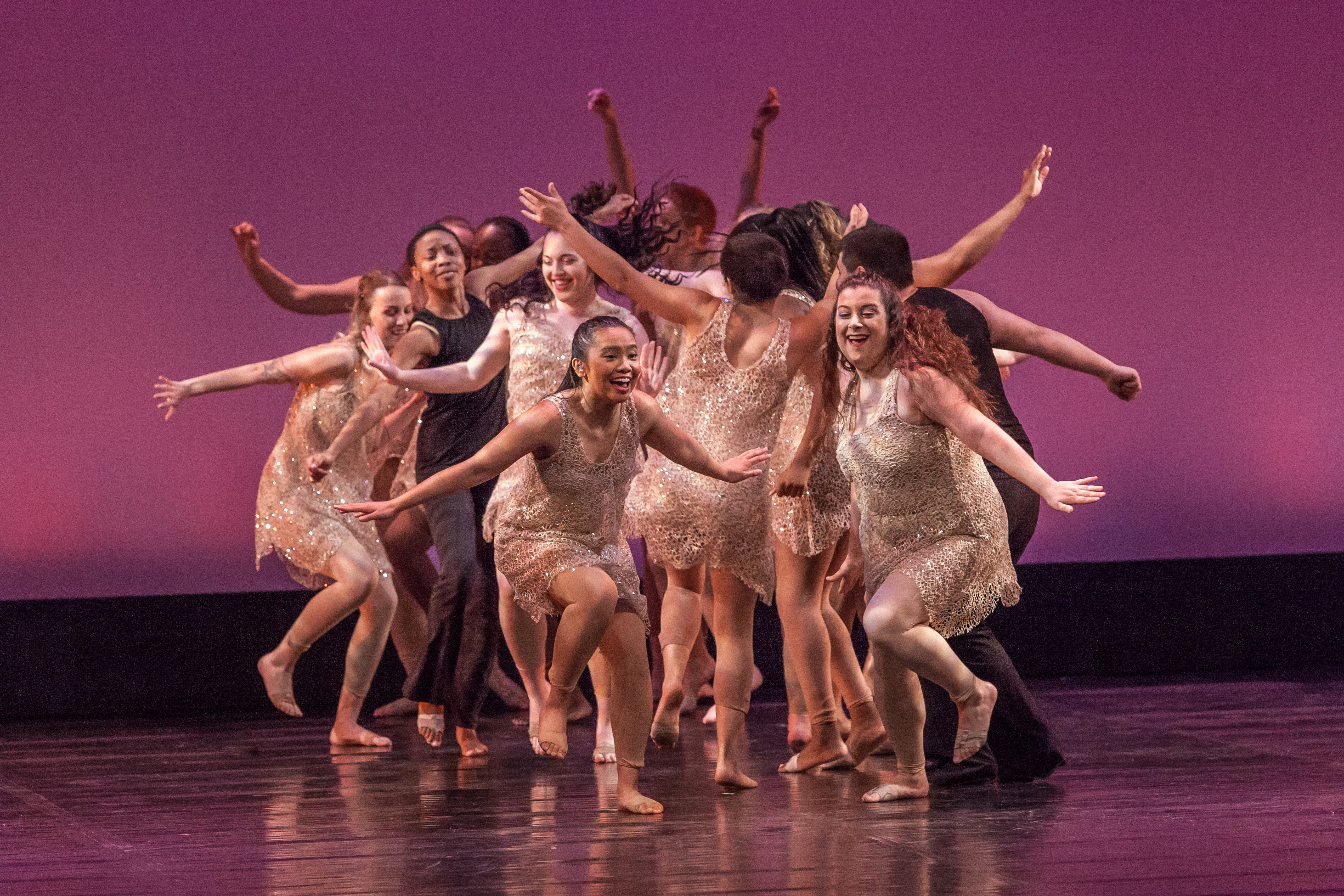 Dancing While Deaf: What It's Like to Move to Music You Can't Hear

Paul Taylor rather famously never allowed mirrors in his studio, believing they fostered bad habits. But spend a few hours in the studio with Deaf and hard of hearing dancers, and you'll never look at your reflection in the same way again.

"Some dancers use mirrors just for vanity," says Lexine Brooks, a Deaf dancer who began training at age 2. For nearly two decades, she's learned choreography in all sorts of ways, including an FM system that amplified her teachers' instructions in her ears. Today, she prefers to learn dance through American Sign Language and counting—as well as keeping an eye on the mirror.

Brooks is a member of Gallaudet Dance Company, a 65-year-old performance troupe at Gallaudet University for the Deaf and hard of hearing in Washington, DC. At one fall rehearsal, members spent an hour watching intently in the mirror while choreographer Teresa Dominick, a Gallaudet alum, held her hand high and beat out an eight-count with her fingers. Dominick, fluent in ASL, is able to sign and count at the same time—a top priority for the dancers.

Also possible thanks to studio mirrors: Moving in sync with partners on the opposite side of their V-shape formation once Dominick started up music that not all of the dancers could hear to the same extent.

"Gallaudet Dance Company is no different than other dance groups," Dominick says. "We just use a different language to communicate and utilize different cues."

Dance may be a visual art form, but it's tightly intertwined with sound. Even as the field strives to be more inclusive, learning to dance without two fully functioning ears remains a challenge. But today, dancers with full and partial hearing loss are becoming more visible, thanks to growing opportunities, high-profile role models and even Instagram.

The Drive to Dance

Brooks began dancing for the same reason as many hearing kids: She saw a live performance—in her case Swan Lake—and knew dance was something she wanted to do. But other Deaf children are drawn to dance after feeling left out of team sports. Deaf-from-birth dancer Zahna Simon, who today serves as the assistant director at the Bay Area International Deaf Dance Festival and the Urban Jazz Dance Company, remembers being in fourth grade, loving movement and struggling to play softball. Then she visited a friend's ballet class.

"I instantly connected with ballet as I watched the teacher physically demonstrating it, making direct corrections on the students," says Simon. "I knew I could learn to dance by watching and wouldn't have to struggle with following conversations."

She no longer struggled to communicate with teammates, but Simon, like other Deaf dancers, still faced challenges. 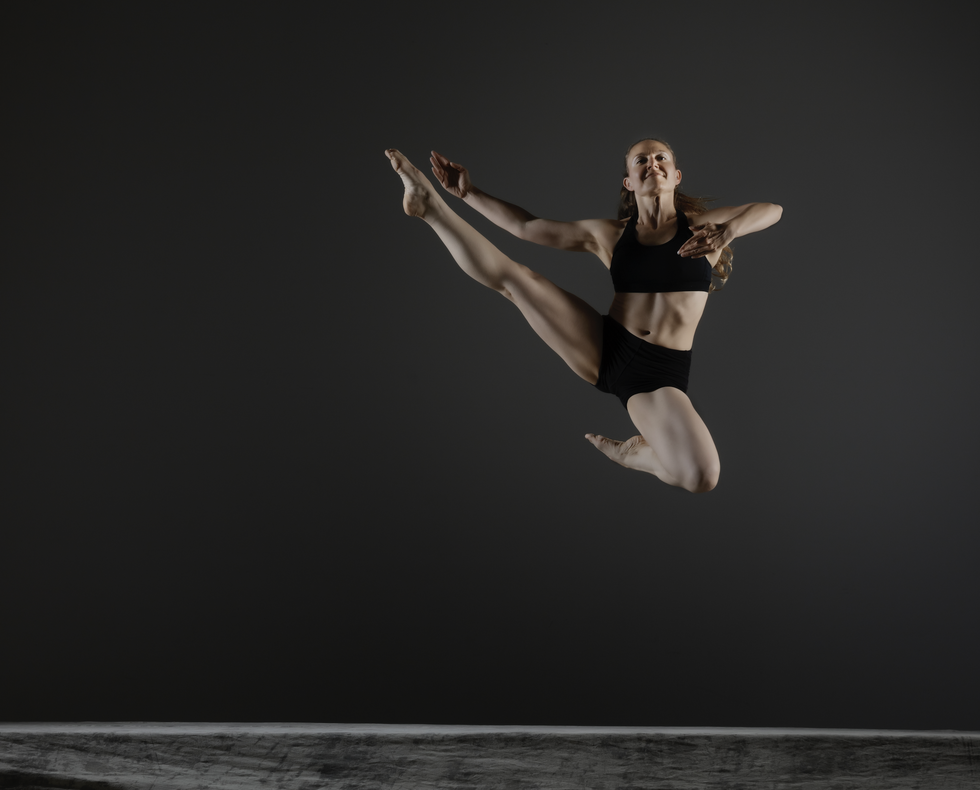 "My teachers told me early on, 'You are going to have to work three times harder,' " says Annemarie Timling, a Gallaudet dancer who is hard of hearing and trained at North Star Ballet in Fairbanks, Alaska. "I would go home and count through music in my head. And I was always watching, making sure I was in sync with my peers."

From childhood through high school, Alvin Ailey American Dance Theater's Samantha Figgins trained alongside her twin sister, Jenelle. And when Figgins says "alongside," she's referring to years of strategically positioning herself at the barre so that if her deaf right ear was facing the instructor, she could follow her twin sister. At home and after class, Jenelle (now with Aspen Sante Fe Ballet) would review combinations with her.

"Jenelle was my angel," Figgins says. "I wouldn't be the dancer that I am today without her."

Still, Figgins worried about appearing antisocial to her fellow dancers, when in reality, she never snickered in class because she couldn't hear other dancers' jokes. She also knew that if she lost her place, it would be nearly impossible to catch up.

"I have to stay laser-focused and make sure I'm not distracted," she says. Figgins believes that sense of hyper-focus has ended up being the key to her professional career.

San Francisco dancer Antoine Hunter used to encounter people who would claim that he was the only Deaf dancer. "I would tell them there are others, but we are not given opportunities to show our artistry," Hunter writes in an email. So in 2013, he founded what's now known as the Bay Area International Deaf Dance Festival. "I wanted Deaf artists from all over the world to have a safe place to learn and perform."

Each year, guests hail from as far away as Colombia, India, Russia and Taiwan for three days of workshops, panels and performances.

"We know firsthand what it's like to be rejected from the world," says Simon. "With the festival, our goal is that no one feels that way."

Although the festival highlights performers working in many genres, hip hop has become especially in-demand, in part because it's in vogue to fuse footwork with ASL. One popular 2019 workshop was taught by Deaf ASL interpreter Matt Maxey, a viral YouTuber who has gone on tour with Chance the Rapper. Maxey not only signs with his hands, but gestures with his full body, shoulders curving forward whenever he wants to especially emphasize a phrase rapped by the likes of Kendrick Lamar.

Deaf hip-hop performer Shaheem Sanchez has also amassed more than 400,000 Instagram followers by smoothly integrating signing with full-body movement. He lost his hearing at age 4 and relies on the music's vibrations to phrase his dancing. He has also experimented with a high-tech backpack called a SubPac, a tactile audio system which transfers the energy of music directly to the body.

"The beat makes it flow," Sanchez writes in an email. "I love feeling the music and integrating sign language into my dancing."

Big-name artists like Jidenna and T-Wayne pop up in his DMs, making special requests for him to use their songs in his videos. He's also in demand as a commercial dancer, and appears in Sound of Metal, a new film about a drummer losing his hearing.

Perhaps most importantly, Sanchez is inspiring others in the Deaf community to take up dance—including students at Gallaudet—and has shown that high-profile dancers can make a difference when they go public with their hearing loss.

After years of quiet struggles, two years ago Figgins started opening up about her partial deafness, as well as the residual auditory processing disorder and balance issues—all of her injuries have been on her right side—that complicate her dancing every day.

"I'm trying to acknowledge what I'm living with, and really take ownership of my hearing loss, because it's opened up opportunities to connect with people," Figgins says.

Before joining Ailey, she always attempted to "pass" as a hearing dancer in auditions, including when she was hired by Complexions Contemporary Ballet. Three years later, she joined Ailey, but still never shared her struggles publicly during talks and interviews. The turning point came one night on tour with Ailey in Texas, when a fellow dancer mentioned that a girl with hearing loss had attended the performance. Figgins was still backstage taking her makeup off, but she reluctantly agreed to go meet the aspiring dancer and her mother.

"We shared our stories, and that was the first time I realized it was important for me to be vocal about my struggle," Figgins says. "We were crying, just talking about everything she was going through. I wanted to hug her, and also hug myself."

During last year's national Ailey tour, Figgins volunteered to perform for children in special education programs, but she wants to do more for aspiring Deaf dancers. "Maybe a mental health program, maybe a summer intensive. Something to give them tools to succeed." Figgins says. "I'm working on a lot of things, and I'm still working on myself." 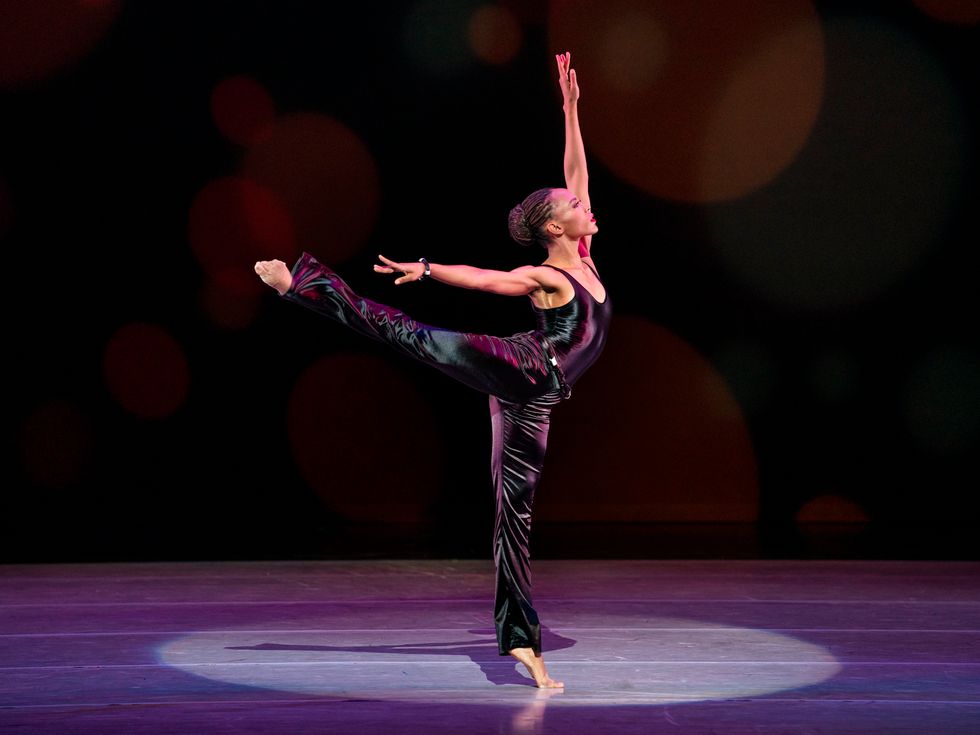 Choosing to augment sound through hearing aids or cochlear implants can be a complex decision, since many in the Deaf community view Deafness as a culture, not a disability. Deaf dancer Heather Whitestone, who performed on pointe when she was named Miss America 1995, faced considerable backlash when she later chose to get implants.

However, many dancers embrace the advances in hearing aid technology. Most members of Gallaudet Dance Company wear hearing aids. "I couldn't function in a hearing world without them," says Brooks.

Figgins will never forget the first time she danced Revelations wearing the small devices held in place by a wire loop over each ear.

"I thought they changed the music," Figgins recalls, laughing. All of a sudden, she could make out individual voices in the opening choral number "I Been 'Buked." When she found herself on the left side of the first formation, she could hear her fellow dancers breathe, and during "Wade in the Water," she discovered a bass line that she never knew was there.

"There's a different texture and sensitivity to my dancing now," Figgins says. "It was a real revelation."

But with the newfound sensitivity has also come a need for more self-care. Figgins continues to reflect on how single-sided deafness has affected her social life and self-esteem, and reserves time for "quiet" moments, when she takes out her hearing aids.

Dancing While Deaf: What It's Like to Move to Music You Can't Hear