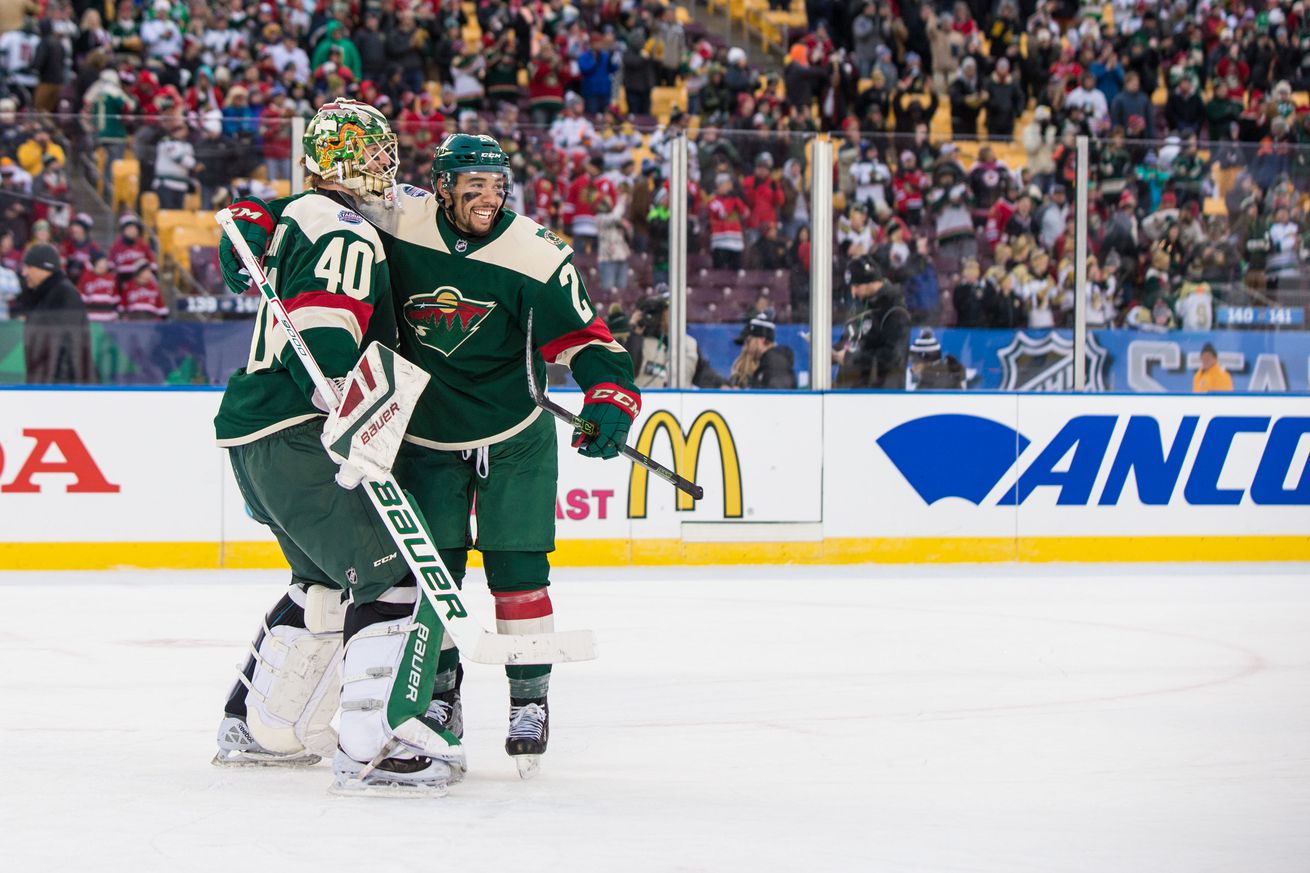 Wilderness Walk: 2020 is already off to a pretty nice start

Your daily dose of Wild news, along with other interesting stories from around the NHL.

Let’s go over some news and notes:

- The Wild ended the 2010s with a 4-1 loss to the Toronto Maple Leafs and, folks, it was not awesome. [Hockey Wilderness]

- You know what is awesome, though? The Wild are finally going to host a Winter Classic, that’s what! [Hockey Wilderness]

- The Winter Classic isn’t going to simply be a one-day thing, either. It’s going to be a week-long party. [The Athletic]

- Speaking of which, the Stars put on quite a show at the Winter Classic in Texas, beating the Predators in a 4-2 comeback win. [Defending Big D]

- Blue Jackets coach John Tortorella has been fined $20,000 for pointing out the flaws in the NHL’s officiating. Great stuff. [ESPN]

- Brutal loss for the Penguins. Jake Guentzel will be out four to six months following surgery on his shoulder. [PensBurgh]

- The Wild are in the thick of the playoff race, but if they miss the postseason and get lucky in the draft lottery, they could have a chance to draft the next great player from Quebec. [TSN]

- Corey Perry’s walk of shame, but with a Spongebob twist.

Corey Perry's walk of shame but his footsteps are Squidward's pic.twitter.com/CY5BQAYWzt

Wilderness Walk: 2020 is already off to a pretty nice start