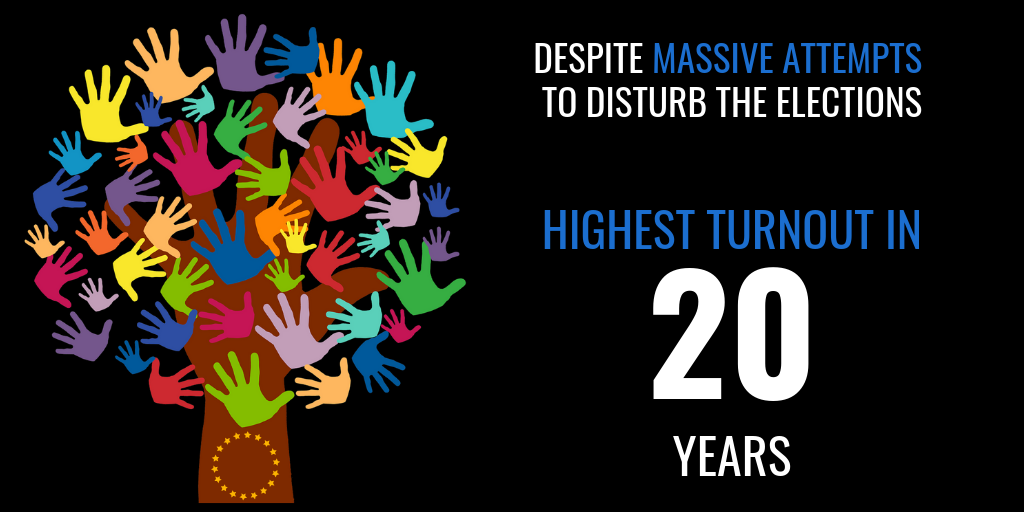 Democracy as an act of defiance

By EU vs Disinfo

The people of the European Union has voted. The second largest democracy in the world, after India, and the results of the election is ready. Despite ongoing attempts to disrupt the election campaign, through lies, disinformation and computer attacks, we, Europeans, elected our representatives to the European Parliament with the highest turnout in twenty years. Right Wing, Left Wing, Centrists, Liberals, Conservatives, Eurosceptics, Euroenthusiasts, Pragmatists, Visionaries, Environmentalists, Industrialists, Nationalists and Internationalists – The European Parliament will continue to function as a forum for a public discourse. The word “parliament” is derived from the word “parler” in Old French” – to talk. The parliament is a place for talking, discussing, questioning, disagreeing, agreeing; for diversity. There is a word for this – democracy.

All this has been achieved despite massive attempts to disturb the voting process. Kremlin has been busy, spreading lies about EU and the Member States: French President Macron suggests expelling some member states from the Union; Mainstream Parties and Media use “Russophobia” to scare voters; EU has made Poland poorer than under Communist rule; EU provoked the conflict in Ukraine; EU policies are dictated by the US; EU has Nazi roots – in this last case, several disinformation channels had to blow the dust off a three year old article from Russian site Katehon.com. Old lies are also lies. 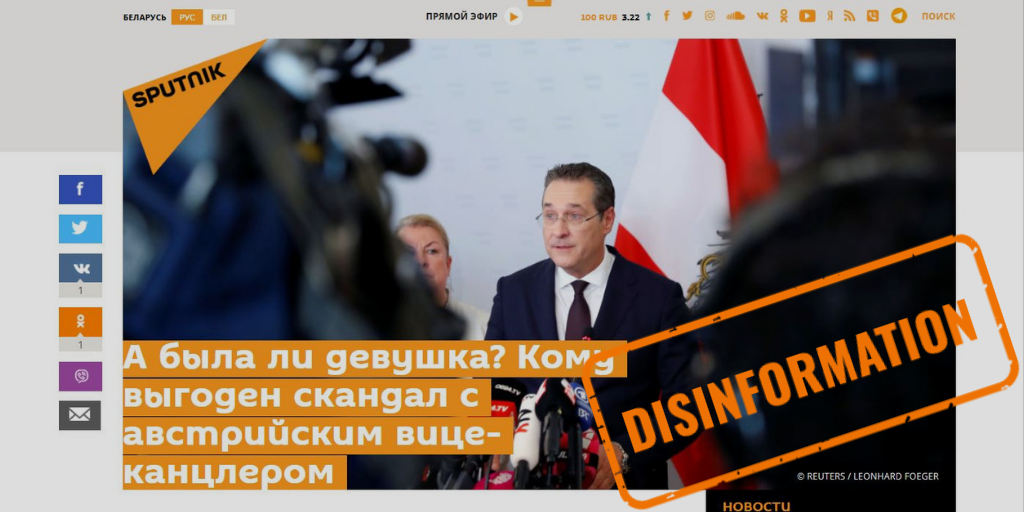 And then we have the Strache-Affair. The story about Austria’s Vice Chancellor Heinz-Christian Strache, published in German Süddeutsche Zeitung and Spiegel. In a video recording, Mr. Strache appears to offer a Russian woman public contracts, if she procures shares of an Austrian newspaper and makes it support Strache’s party. The video triggered a severe political conflict in Austria, and the pro-Kremlin media have been quick to attribute the whole affair to European Liberals“, “European Big Brothers“, “German and Spanish Security Services” and maybe even German Chancellor Angela Merkel was personally involved; the case is described as German meddling into Austrian domestic affairs” or “an Information Terrorism attack“, whatever that is. Strache was framed, because he supported cooperation with Russia. In connection with this, we learn from the pro-Kremlin disinformation outlets that the late leader of Strache’s party, Jörg Haider, possibly was killed by the “European Deep State” in 2008. 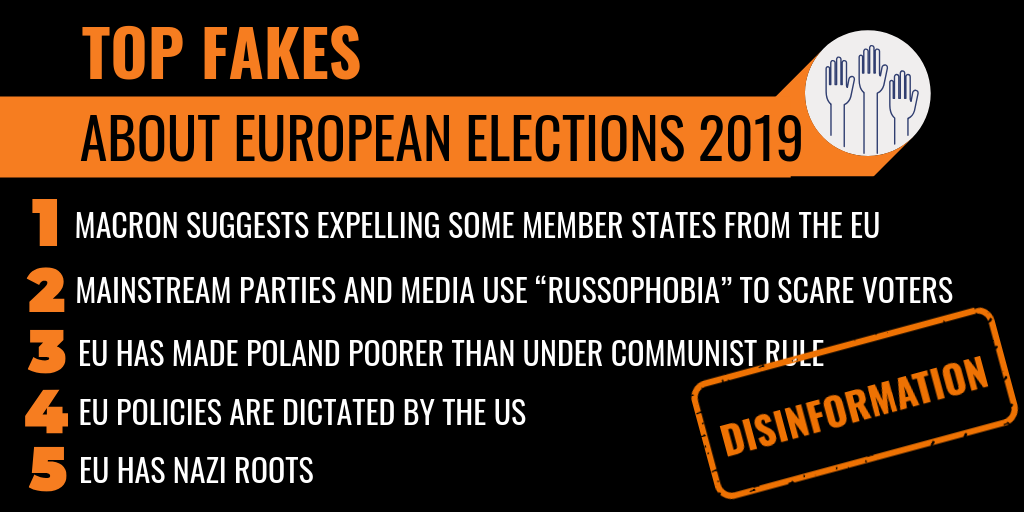 Some of the cases of disinformation seem almost rubber-stamped. Any given week, one is likely to hear the disinformation outlets parroting the same well worn, hum-drum comfortable lies. About the Kerch incident in November last year; about the US obstructing any attempts to achieve peace in Donbas; about the so-called referendum on Crimea in 2014, or some variation of the theme of Ukraine not being an independent country. Other lies are a little more inspired and creative – like the one about the West, paying money to Belarusian historians in order to have them start using the word Nazism, instead of Fascism, or the USA potentially about to change its name to Socialist States of America. Well, to quote John Wayne – That’ll Be the Day…

Boring lies, fun lies, old lies, new. Lies are lies. The entire disinformation tool box continues to be deployed, also in the run up to the EU elections. And yet – European voters have expressed support for a system that allows dissent, disagreement and discontent. Diversity. We, Europeans, do not imagine that we all have to agree on everything, but we do agree on the concept of engaging in a public, open and respectful debate on any issues. Democracy is an act of defiance. Defiance against anyone who suggests easy answers to complicated challenges. Defiance against the lies.

By EU vs Disinfo

Democracy as an act of defiance